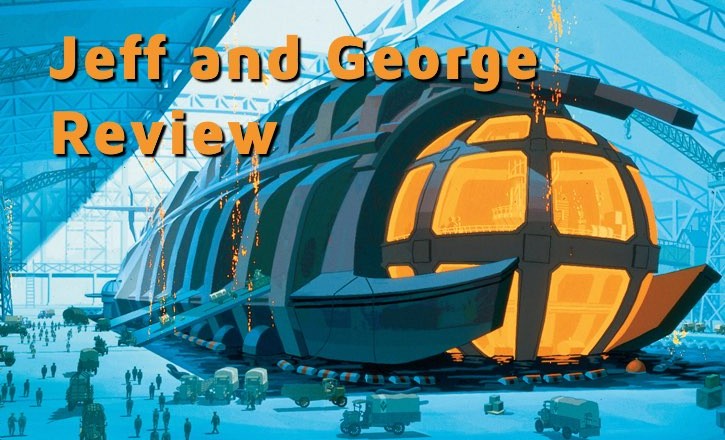 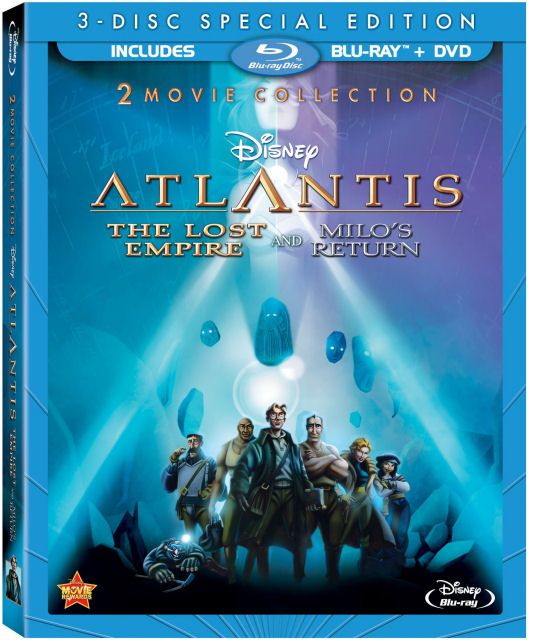 George: I’ve always seen Atlantis in the same vein as Treasure Planet. They both have a steam-punk vibe that has really captured a cult following of sorts. I enjoyed Atlantis, but like Treasure Planet, felt that they both missed the mark somewhere. Michael J. Fox and the voice cast of Atlantis were fantastic, but it’s still not one of my all-time favorite Disney films. The extras on the Blu-ray are found on the DVD section of the pack. It seems to be the same special features that were released with the previous DVD.

Jeff: As for the sequel, Milo’s Return, I think the less said about it the better. It was made as a prequel to an upcoming television series, and it’s evident by the animation quality and plot cuts. It clearly was made as three separate episodes, and then smashed together to form one long plot line. Audiences didn’t take to this film so much, and it’s abysmal performance is evident of that. Definitely not their best work. There are a few special features for the sequel, comprised mostly of deleted scenes that don’t really add anything to the story.

Do you own the Atlantis blu-ray combo pack? What do you think about Milo’s Return?