I had the chance to experience the VR Coaster at IAAPA 2015 on the FunSpot Freedom Flyer. It was such an amazing experience that I knew it would revolutionize the industry. Six Flags just announced that they would be bringing online several VR Coasters throughout their different parks. The Dare Devil Dive Coaster at Six Flags over Georgia will feature the New Revolution Virtual Reality Coaster. This surprised me, at first, but made sense after thinking about the load and unload needs of the Dare Devil Dive Coaster and the Six Flags VR Coaster headset. 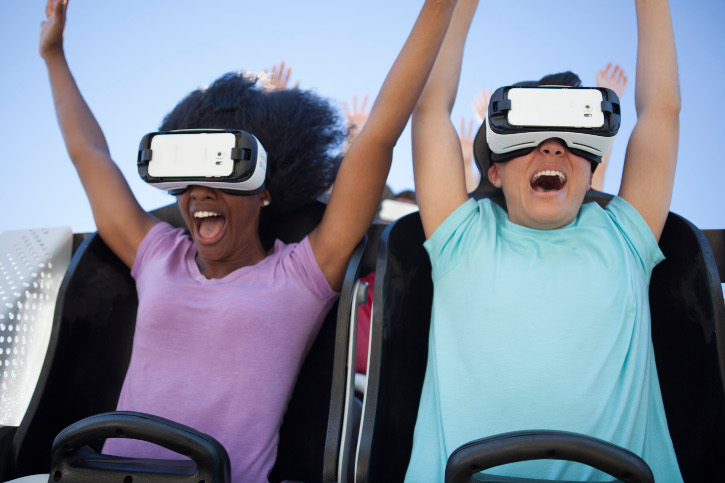 2016 Season Passholders will experience The New Revolution exclusively March 12 and 13 for opening weekend. The virtual reality coaster will open to the public on March 19 for a limited time only.

The integration I experienced was truly seamless and I never felt like I had motion-sickness at any time. You pull real Gs (based on the coaster) and the coaster environment is a perfect next step for VR. The Six Flags VR Coaster is going to blow people away. 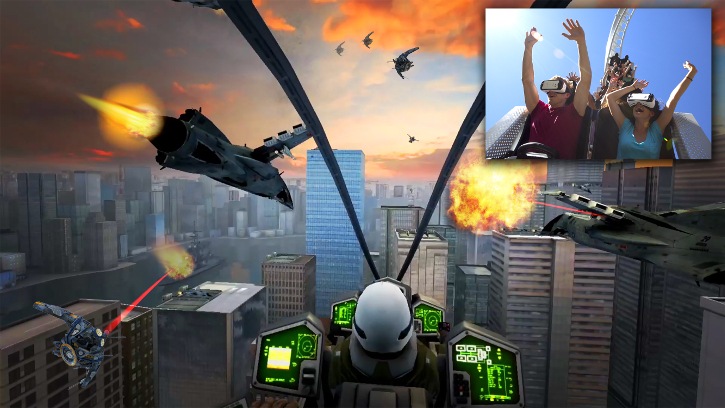 When you move your head while wearing the Samsung Gear while riding the Six Flags VR Coaster, you get a complete panorama that moves with you.

I rode the Dare Devil Dive Coaster last season (2015) and enjoyed the experience, except for the load and unload. It seemed to add more than the length of the ride to make sure every person was loaded (I’m never going to knock safety). But the wait in the queue was fairly long and the addition of the VR headsets is just going to make it longer.

Overall, I loved the Dare Devil Dive Coaster. It’s very smooth and pulls Gs in all the right places. The initial ride of the 95-foot lift hill can be daunting, but the VR headsets should make it more enjoyable. It is a very short ride. A short but satisfying ride. 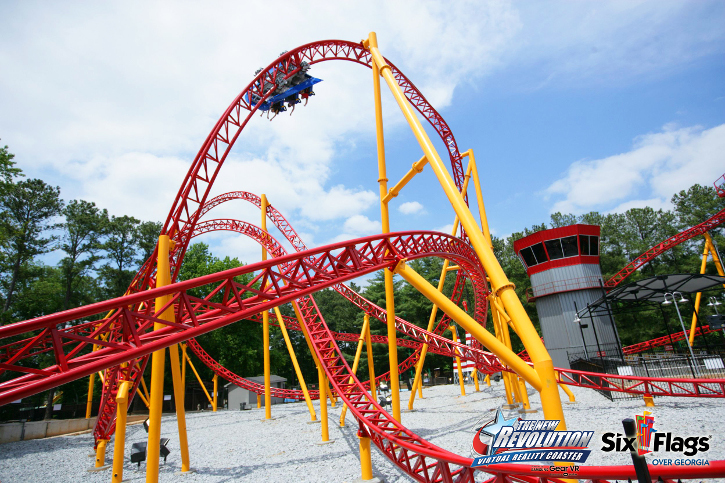 I’m very excited for this addition to the roller coaster industry and for virtual reality. It really works and I can’t wait to try out the New Revolution myself!

Are you going to try the Six Flags VR Coaster at Six Flags over Georgia? Or at a Six Flags near you?