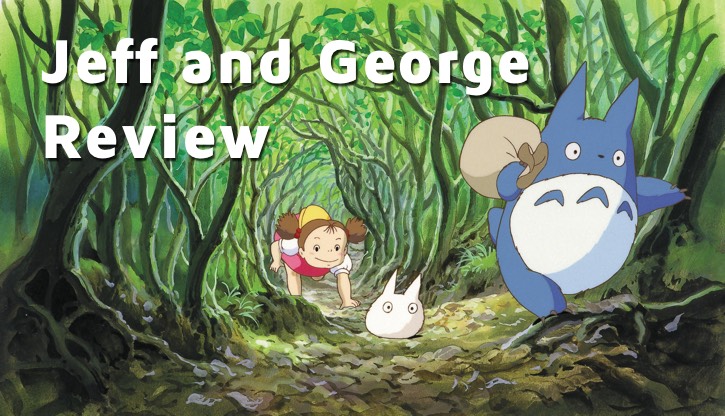 My Neighbor Totoro was released on blu-ray in 2013. Jeff and George covered it on Communicore Weekly during the original release of this Studio Ghibli classic. Have you seen this amazing film by Hayao Miyazaki? 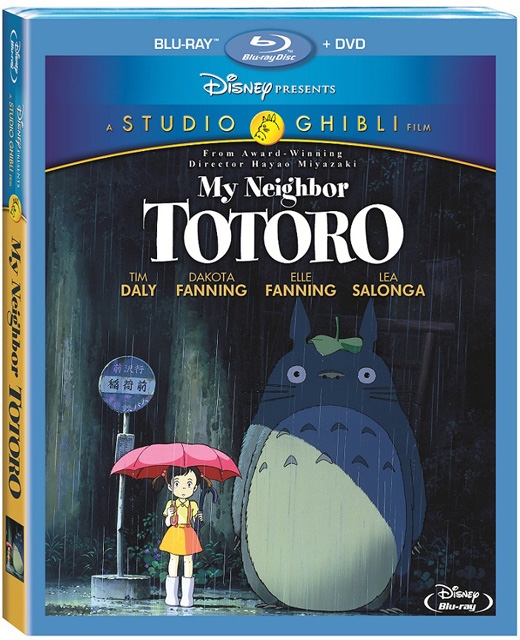 Jeff: Just like George, I fell in love with the film on dvd in the early 2000s. I’ve been lucky enough to see it in the theater once for a special, limited engagement, and every time I see it, I fall in love more and more. It’s charming and adorable, and it just gets better and better upon each viewing. I have to say that this blu-ray conversion of the film is quite possible the best version of the film I’ve ever seen.

George: What shocked me about the blu-ray was the sound. Of course, the visuals are absolutely gorgeous on blu-ray but I wasn’t expecting the soundtrack to pop including the addition of some of the sound effects. Granted, they’ve always been there, but they weren’t as noticeable on the dvd transfer. There were points when the music swelled and simply captivated us.

Jeff: Not only is the sound a stand-out, but the transfer is absolutely breath-taking as well. I couldn’t believe my eyes! How could a film released in 1988 look so good on blu-ray?! It’s absolutely amazing. All in all, this film is a total win all around. While it may not even contain a coherent story (being more of a bunch of scenes loosely connected together), it is still an absolutely stunning film from beginning to end. My Neighbor Totoro is a blu ray truly worthy of the film itself. 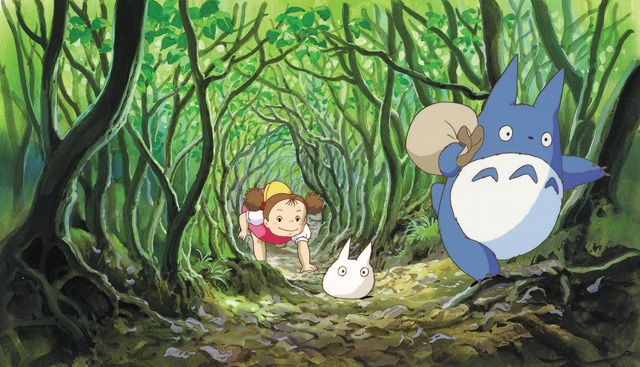 George: One of the things I love about Studio Ghibli films is that, often, there isn’t a clear villain or a villain at all. Like the incredible Ponyo, which is a story about love, My Neighbor Totoro is a film about a family and village that grow together and learn more about loving each other. It truly is a spectacular experience that begs nothing but for you to enjoy it. Disney has included a few extras with My Neighbor Totoro that add a lot to the blu-ray. Unlike the other Studio Ghibli blu-ray, where Disney just included the short DVD extras, Totoro includes interviews with Miyazaki and Toshio Suzuki about the creation of the film and Studio Ghibli. By far, the best special was the locations of Totoro. We go on a journey to discover some of the real locations that inspired the film and the locations that were inspired by the film.

Have you seen My Neighbor Totoro? Tell us what you think about this Studio Ghibli film.