Lion Guard: Return of the Roar

George: I wasn’t sure what to expect when I started watching my review copy of the Lion Guard, a follow-up, of sorts, to the amazing Lion King film. I don’t have cable, so I missed a lot of the hype from the Disney Channel. And Disney Junior. Which should have told me a lot. 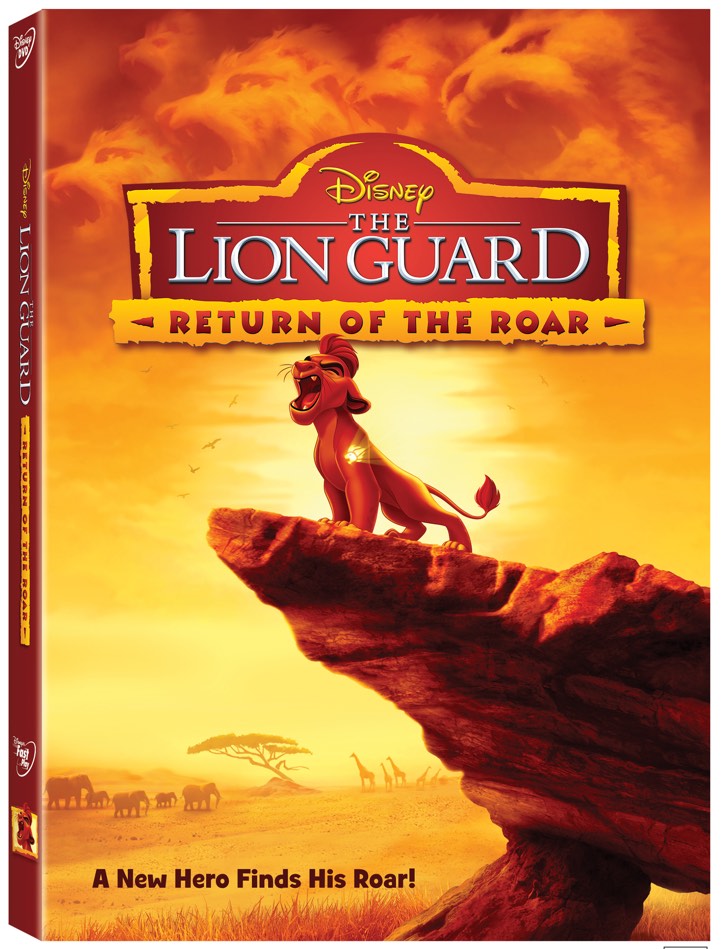 George: The Lion King sequels were a very bright spot in a very dark time for Disney direct-to-video sequels. But this was even a little too much, er too little, for me. It’s basically the introductory episode for the show of the Disney Junior channel. And that’s it. No extras and no special features, besides the video of one of the songs. We’re definitely the wrong audience for the film, but it was so formulaic that I found myself very easily second-guessing every plot point.

Jeff: The story follows Kion, prince of The Pride Lands, who one day realizes that he is the next leader of The Lion Guard. Tradition says the second born of the reigning king will be the leader of The Lion Guard. Simba asks Kion to assemble the bravest, fastest, and strongest in The Pride Lands to become members, though fails to mention that only lions can join. so, of course, Kion invites all his friends. Who aren’t lions. Naturally, conflict/hilarity/a boring 45 minutes ensues.

George: We do have the return of some familiar characters, like Simba, Pumbaa, Timone, Rafiki and Mufasa. Just not always with the voices we remember. And there are two songs that sort of come close to what we heard in the Lion King. But I still feel kind of bad for giving the disc such a bad review, but it is a Disney Junior production and geared for the pre-school crowd. But will they like it?

Jeff: Basically, yes, of course they will. Bright colors, old favorites from the original film, and an easy to follow plot make it enjoyable for that crowd, hands down. But like George said, it’s just not really meant for us.

Have you seen The Lion Guard: Return of the Roar? What are your thoughts on the premier of this Disney Junior channel show?