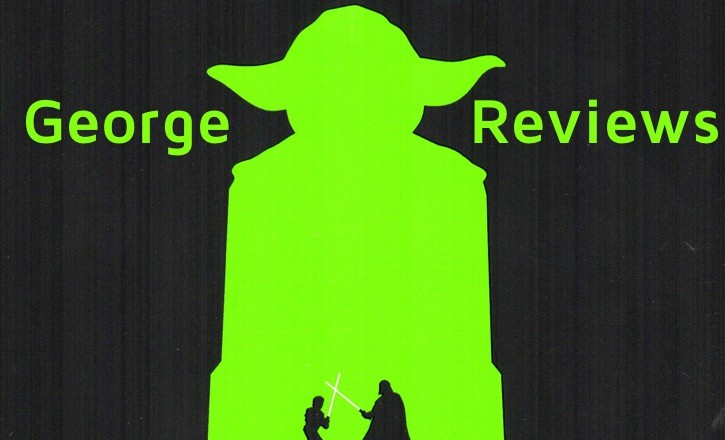 So You Want to Be a Jedi by Adam Gidwitz, a book review

So You Want to Be a Jedi is one of three new Star Wars books that offer a re-telling of the original Star Wars movies; each book offers a very unique twist. The books are geared towards the tween audience but after reading them I think any Star Wars fan is really going to enjoy them.

The second book, So You Want to Be a Jedi, is based on the events of Star Wars Episode V: The Empire Strikes Back and was pretty inventive with how it was presented. My initial thought, even when I was reading the book, was that I wish I’d had this book when I was young child, especially after seeing Empire the first time. This book strayed a little bit from the film’s dialogue, which is what I found so charming about the first book. That’s not a bad thing but it wasn’t what I expected.

What I found pretty amazing about the book is that at the end of each major chapter, the author presents a lesson on how to be a Jedi.

A lesson on how to be a Jedi? Sign me up!

Basically the lessons are all about meditation and thinking about yourself and your surroundings. There was no tie-in into any religion, which I really liked. And I didn’t think it was anything that any parent would object to or want to keep from their child. The exercises themselves made you focus on your breathing while thinking about your body and your reactions. Several of the later lessons actually involved another person that would offer you a chance to use your newfound force powers. But I really liked when the lessons made you think about other people and how they would feel about your actions and your reactions.

This story really tied how much Luke didn’t know about the force into the overall story. It does focus mostly on what Luke was feeling and a lot of it is the training on Dagobah. Like we’ll see with the third book, So You Want to Be a Jedi really gave us a lot of insight into the inner workings of the characters. We really got to see a lot of Luke, Yoda and Darth Vader. The lightsaber battle on Cloud City, in which when Luke and Vader battle each other,  seemed particularly profound because the author was able to go into places that we don’t particularly get in the novelization. Specifically, looking at the thoughts of the characters.

As I mentioned earlier, the real strength of this book is in the exercises that the author works with you through on the force. They really are some introductory meditation style exercises and I think it’s something that a lot of children who are fascinated with the force will enjoy.

Like The Princess, The Scoundrel, and the Farmboy, Star Wars fans are going to love this book. I still urge parents to wait until their kids have seen the films, in order to keep the books in perspective.

Have you read So You Want to Be a Jedi? Tell me what you think about it in the comments!