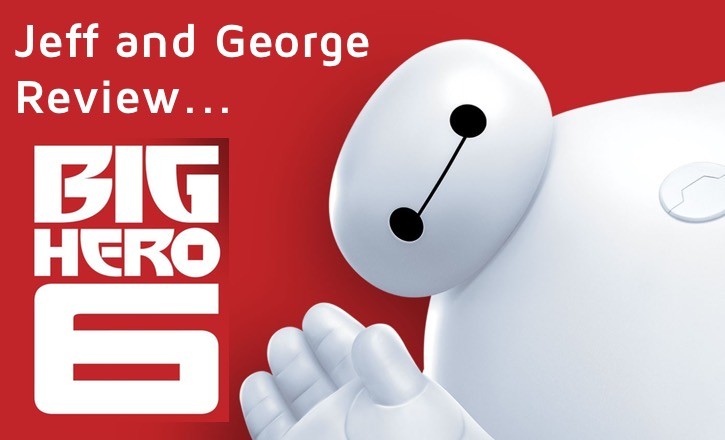 Big Hero 6 was released on blu-ray in February, 2015. This review was originally done for Communicore Weekly. Check out their Retro-Review of the Disney/Marvel blu-ray.

George: I’m not sure there’s much that we need to say about Big Hero 6 except that it’s an amazing animated film from Disney/Marvel that you need to add to your collection immediately!

Jeff: I mean, we can end the review there, and call it a day, really. But in all fairness, we’ll continue along. Because let us tell you how amazing it is. 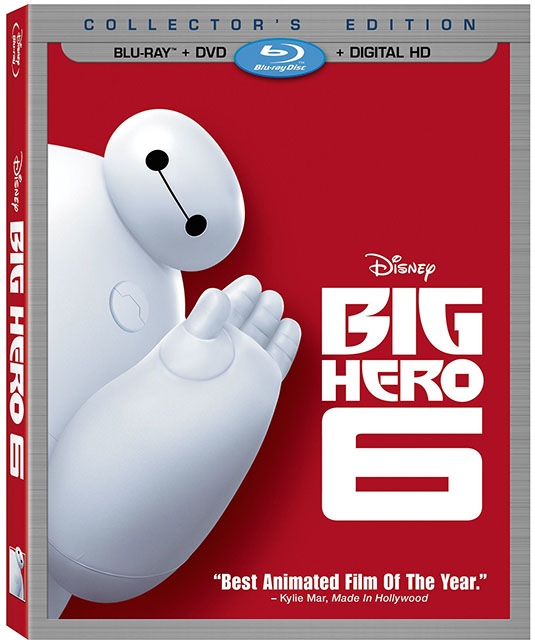 George: I took my family to see Big Hero 6 in the theaters and we all loved it. After the amazing success of Guardians of the Galaxy, I wasn’t sure how BH6 would stack up. Especially since it was the first animated Marvel Studios film helmed by Disney. Would it be as good? Would it fit into the Marvel Cinematic Universe? Can I think up any more questions?

Jeff: I DIDN’T see the film in theaters, unfortunately. I didn’t get a chance to catch it until the blu-ray showed up, and had to listen to George rave about it for 4 months. And man, it was totally worth every word he said. It was AMAZING.

George: I was really surprised at how well a Marvel property was able to be transformed into a Disney animated film. Yes, there were some sacrifices from the original story but the Disney Brain Trust was able to massage the story into a fantastic film. If anything, it should lead more people to check out Marvel Comics.

Jeff: It definitely FELT like a Disney film, of course. It punched you right in the feels on a number of occasions, but it also had a lot of heart. It was beautifully animated as well, and it looked kind of like a Pixar film in some ways…but in Disney-style. Nothing we can say about the film hasn’t been said already, though. I mean, they just won an Oscar for best animated feature, for Hiro’s sake! YOU KNOW IT’S GOTTA BE GOOD!

George: Oscars aside, the film is incredibly gorgeous. With the development of San Fransokyo, it really felt like the animation had reached a point of photo-realism that it was hard to believe that it wasn’t real. The characters were amazing and so well written and voiced. As much as I loved Baymax, every time that Fred was on the screen, he completely stole the scene. I think Fred was the fanboy in all of us.

Jeff: The disc has a handful of extras that are actually pretty neat. “The Origin of Big Hero 6: Hiro’s Journey” is a 15 minute featurette hosted by Jamie Chung that looks at the film’s creation. There’s also a look at the animators behind the film, showcasing their talents a bit more.

George: The extras weren’t spectacular, by any means, but they also weren’t boring, either. They do include the Oscar winning short, Feast, and if you purchase the download version of Big Hero 6, you also get the short, TOKYO GO, one of the modern Mickeys. Really, though, you are buying this on blu-ray to have a great movie experience. The characters are fantastic, the storyline is very well done and the backgrounds are stunning. Plus, it sounds really good, too.

Jeff: Did we mention we love, love, love this movie? Because we do. Really, pick up this disc for the movie, the extras are just a bonus. The movie alone is worth the price of the disc.

Did you pick up Big Hero 6 on blu-ray? Who is your favorite character in the film? Tell us in the coments!