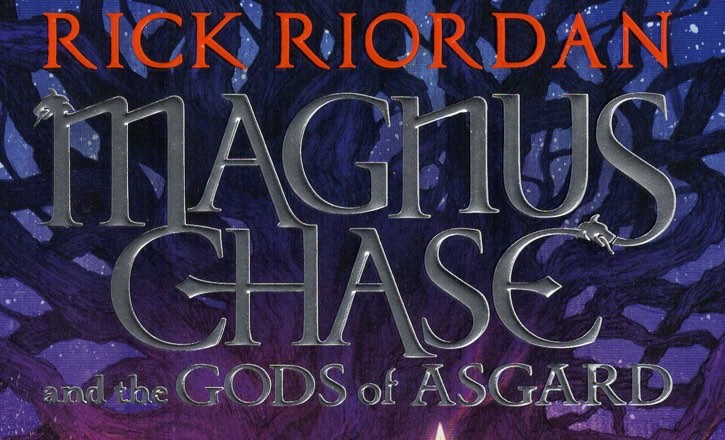 Magnus Chase and the Gods of Asgard, Book 1: The Sword of Summer by Rick Riordan, a book review

I’ve always been a big fan of the Percy Jackson and the Olympians series. The books were a great way to tie history into the more modern age for school kids and for adults. When I had the opportunity to review Magnus Chase and the Gods of Asgard, Book 1: The Sword of Summer (published by Disney•Hyperion), the latest book by Rick Riordan, I didn’t hesitate.

This time, the Riordan takes us into the world of the Norse gods. This should attract a lot of attention simply due to the fact that Thor and Loki from the Avengers film are Norse Gods. Norse mythology also plays a heavy role in the Avengers films, which creates interest. Both Thor and Loki are featured in Magnus Chase, but no spoilers, here! And this isn’t a slight against the book, but there’s not a lot about the Avengers in here and that’s what I would expect.

The book follows a similar pattern to some of Riordan’s other series, in that the main character finds out he is a demigod. Of course, as the book unfolds,and we follow Magnus on a quest, the action doesn’t stop.

Right from the get go the book grabbed me and I could see the potential for it, especially with a longer series. We meet the Magnus Chase; he’s living homeless on the street as a teen. Right away he’s tossed into an epic battle which pretty much decides his fate and sets the tone for the rest of the book.

From there, we are introduced to Valhala and all the other realms of Norse legend. The author does an amazing job of tying all these together and bringing a more modern take on the mythology. It’s really hard to get too involved with the story without giving away too many spoilers, and we don’t like spoilers here. But if you did enjoy the other books by Riordan, you’re more than likely going to enjoy this one. Also, if you’re really interested in Norse mythology, then you’re going to find a lot that you’re gonna like. I did have to look up a few gods occasionally as well as some places. And it really added a lot to the story.

Also, the author is someone that I trust to put down a great story and not mince too many of the historical details, which is what you see often in a lot of teen fiction.

One thing that surprised me quite a bit was the amount of humor that was in the book. The author created a great ragtag cast of characters and they all add to the book overall. I did mention Thor at the top of this review, he does come into play and he’s not what you expect at all.

Are you going to check out Magnus Chase? Are you a fan of Rick Riordan’s works?

One thought on “Magnus Chase and the Gods of Asgard”