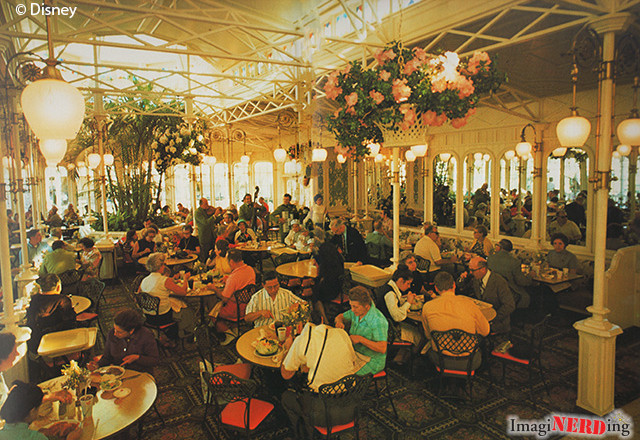 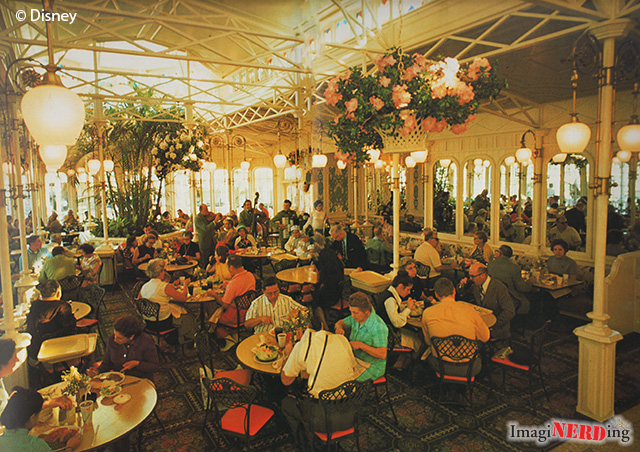 I had to do a little photo editing on this full-spread image of the Crystal Palace restaurant at the Magic Kingdom. Notice anything in particular? It does seem like the clientele is a wee bit older than we’d see today (a lot less strollers, anyway). When Disney World was being designed, it was always felt that the majority of guests would be from the state’s large retirement population. Also, these are regular park guests and not cast members chosen and posed. And you can see actual food!

The first thing that I noticed, though, was the carpet! 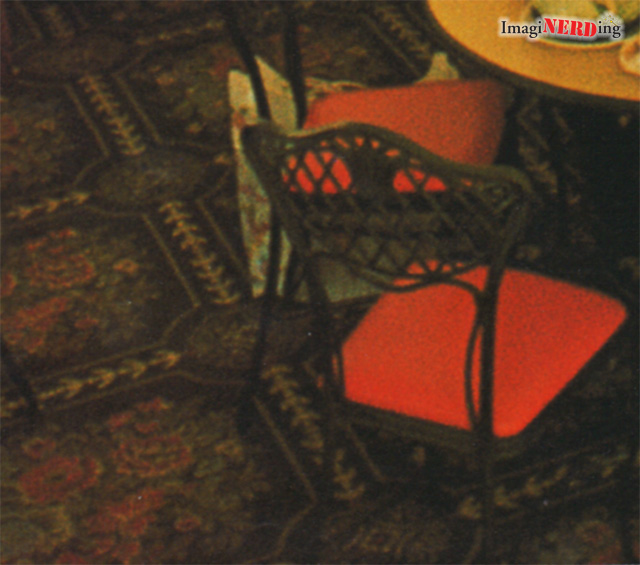 OK, so the chairs are pretty cool, too. It’s so rare to see any photographic documentation of flooring inside of shops and restaurants. This looks like a great Victorian print, no? I was surprised at how institutional the tables actually were.

It was so difficult to get a good scan of the food.  It looks like peas and sweet potatoes. There’s also a small salad, a dessert of some sort and a great cup! 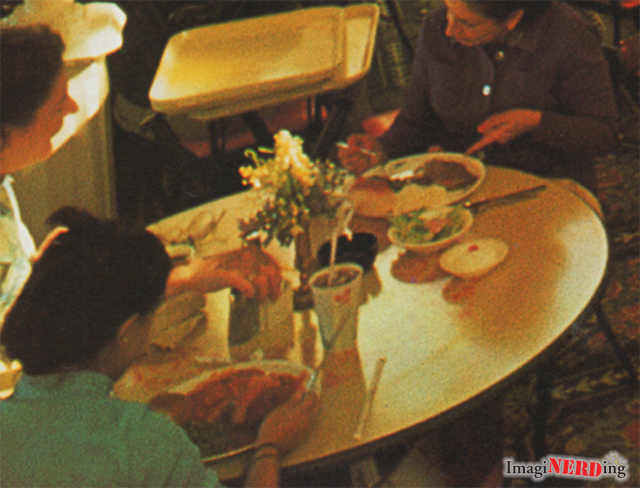 I’m surprised to see a rather plain tray, but I wonder when Disney started designing custom trays.

There’s another close-up of food. A larger salad and another cup! There’s a dark blue cup behind it. I wonder if that’s the one for sweet tea. 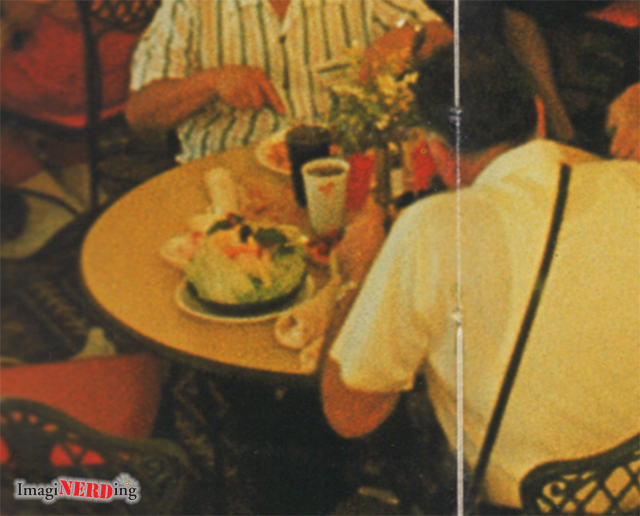 For this last detail of the Crystal Palace, check out the wall decoration. 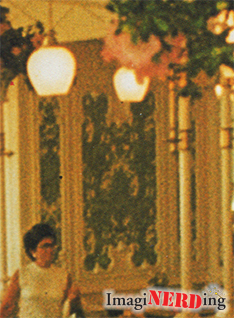 I’m wondering if that was fuzzy wallpaper or just paint. Anyone remember?

Do you remember eating at the Crystal Palace before it became a spot for Winnie the Pooh and Friends?