When I want some vintage Walt Disney World images, I often grab a book from my collection. I pulled a copy of The Magic of Disneyland and Walt Disney World by Valerie Childs to review for my Book of the Week segment on Communicore Weekly (the Greatest Online Show™). With over 200 episodes, it means I’ve reviewed more Disney books than most people own (my personal Disney library sits at over 1000 titles). So, occasionally, I have to do a deep scan of my bookshelves to find a title that will interest the listeners. 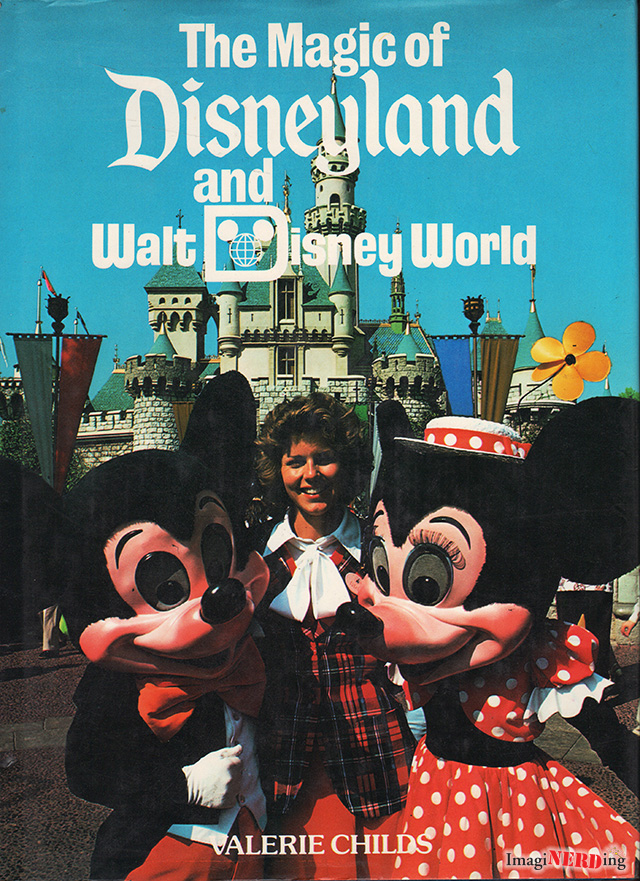 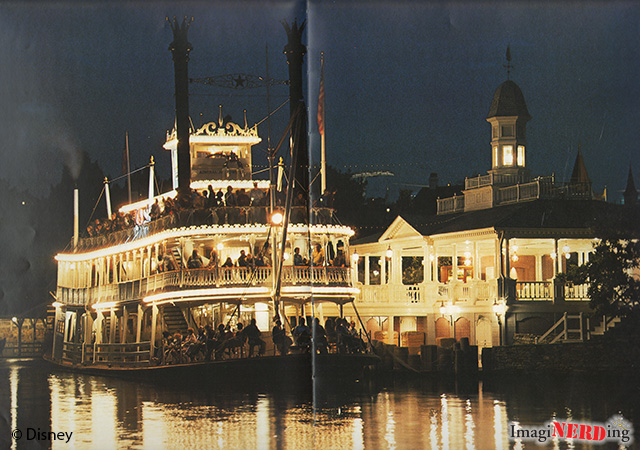 The Magic of Disneyland and Walt Disney World is a large-format book that measures 9.5″ x 11″ with many full-fold images like the one above of the Admiral Joe Fowler and the dock for the steamboats. It was also the queue for the Mike Fink Keelboats. The Fowler was damaged during repairs and was scrapped in 1980. The keelboats operated from 1971 to 2001.

Just a fantastic shot of Main Street, USA with the afternoon parade. Notice the cameraman on the roof of the GAF Camera Center? I wonder why they were recording this parade. Can you imagine a Main Street with all of those trees, today? 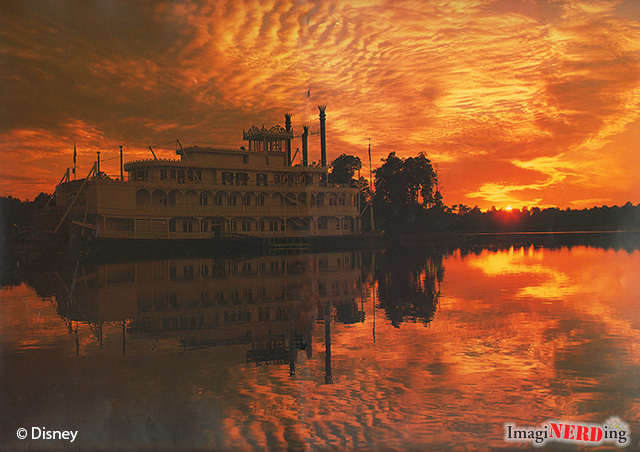 This is a full-fold image of the Empress Lilly at the Village Marketplace. I used my minimal Photoshop skills to repair the center fold, but the real beauty is the sunset captured and the long-lost feel of a Walt Disney World vacation from the first decade.

A beautiful shot of The Tropical Serenade in the dusk of early evening. You can see how the Imagineers really thought about lighting the structure to pull your attention and draw you in from the entrance to Adventureland.

A gorgeous shot of the golf course near the Golf Resort showing the waterways and winding paths. In the distance, you can see the buildings of the Polynesian Village Resort and the Contemporary Resort. The spires of Cinderella Castle beckon us to enjoy the Magic Kingdom. I’m assuming this is the Palm Golf Course.

An extremely rare shot of the interior of a shop at the Magic Kingdom. Olde World Antiques existed from opening until 1996 when it was taken over by the Liberty Square Christmas Shop. Many items in Olde World Antiques were one-of-a-kind and somewhat expensive, helping to doom this unique and unprofitable shop. Still, what an amazing space. I often bemoan that photography in the 1970s wasn’t the same as for Disneyland’s first decade. Finding  vintage Walt Disney World images that are high quality is very rare, especially in private collections.

This was part of the Polynesian Village pool space. You can see the top of the main building in the background above the trees. 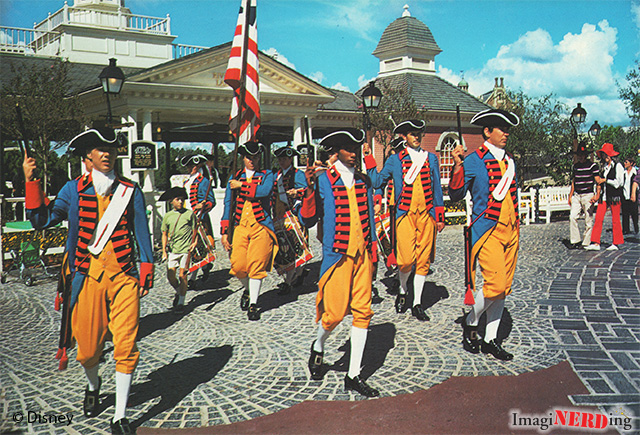 There are some great details in this photo from Liberty Square. Notice the boy in the light green shirt and the tri-cornered hat? He’s part of the daily “Sons and Daughters of Liberty” ceremony. Usually, a young boy and girl would be chosen before the ceremony and instructed on what was going to happen. They would march with the Liberty Square fife-and-drum corps to the Liberty Belle and a proclamation would be read stating the children were Sons and Daughters of Liberty. Make sure to notice the ground, as well. There are three different types of tile and cement in this one shot.

The Admiral Joe Fowler glides around Tom Sawyer Island with the cars from the Walt Disney World Railroad in the foreground. This photograph was probably taken from the area that is now where Splash Mountain is. I love running across vintage Walt Disney World images that I can’t immediately identify.

I’m not a golf fan, but who doesn’t love this photo of Mickey holding the flag at the pin?

Just a great shot of the Richard F. Irvine traversing the Rivers of America

Check out the lack of tree and foliage canopy on the Jungle Cruise! We should be okay, since the hippos are only dangerous when they’re wiggling their ears. 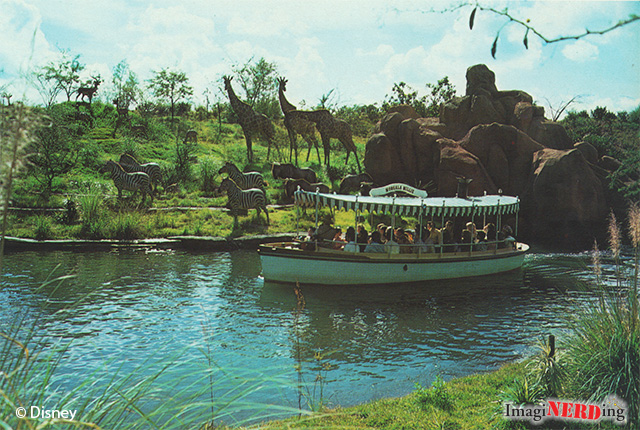 What are your favorite vintage Walt Disney World images from the book? What part of the Magic Kingdom would you like to visit from the 1970s?