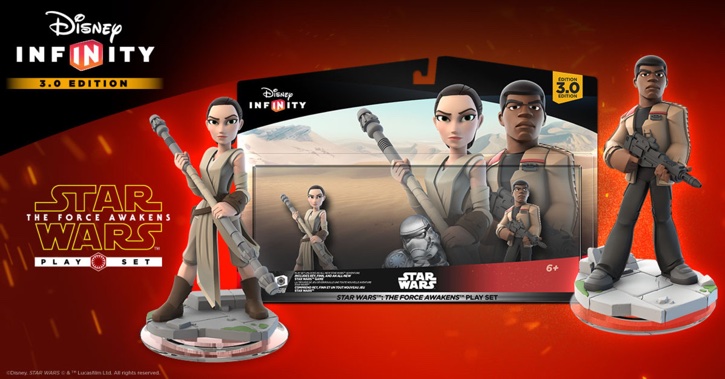 I’ve been trying to stay away from a lot of the Star Wars The Force Awakens trailers and images because I want to be as surprised as I can (after the Episode I debacle). But, the fact that Disney Infinity is releasing the third playset in the Star Wars Universe is pretty darn cool! I can remember the days during the hype of the original release of Episode IV and this is even more exciting. Still, it was weird when I learned something about the upcoming film simply from seeing a coffee mug. Who knew?

I did watch the following Disney Infinity Star Wars Force Awakens trailer and there were a few spoilers, but not much outside of the official movie trailer.

Potential Spoilers: Players will travel to a galaxy far, far away alongside new heroes and old friends in search for a much-needed ally.  Playable characters include Finn, a soldier on a path to adventure and danger, and Rey, a true survivor who is resourceful and capable. Both will join Poe Dameron, the trusted pilot of the Resistance who uses his expert flying skills to travel the galaxy, and Kylo Ren, an enforcer for the First Order who terrorizes the galaxy with devious acts.