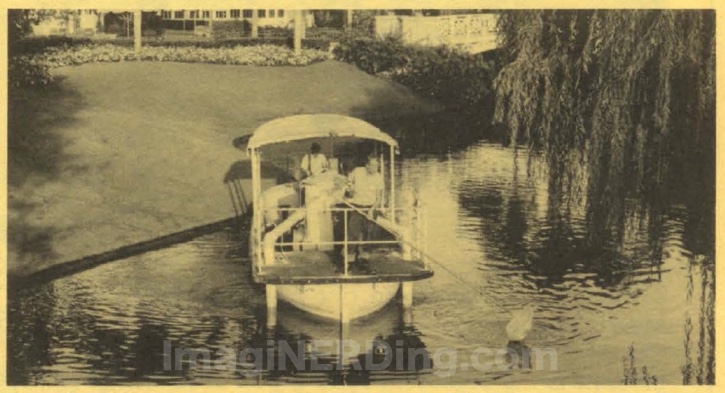 Sometimes you run into some very interesting things while researching the history of Walt Disney World. I knew that Disney had used the Swan Boats to help clean the waterway at the Magic Kingdom, but I’d never seen a photo of one in use. I’m also very curious to see what they used on Pirates of the Caribbean and it’s a small world. 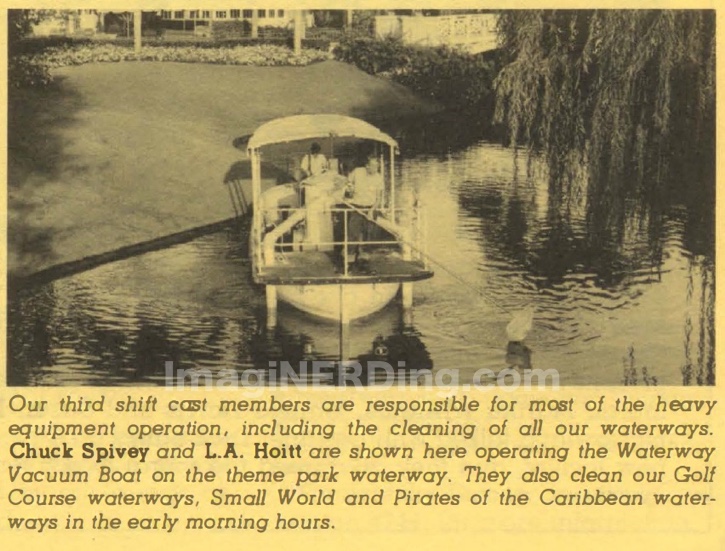 Our third shift cast members are responsible for most of the heavy equipment operation, including the cleaning of all our waterways. Chuck Spivey and L.A. Hoitt are shown here operating the Waterway Vacuum Boat on the theme park waterway. They also clean our Golf Course waterways, Small World and Pirates of the Caribbean water­ ways in the early morning hours.

The waterways in the Magic Kingdom used to be much clearer, according to a few friends that remember the 1970s. But since the remodel of the hub, I know that most of the water is no longer as accessible. It also makes me wonder if they used re-purposed boats from Pirates and small world? What about cleaning the waterways of the Jungle Cruise or the Rivers of America?

The waterways included the Swan Boat path around the hub that also circled around the Swiss Family Treehouse. It met up with the Jungle Cruise rivers at the Treehouse. 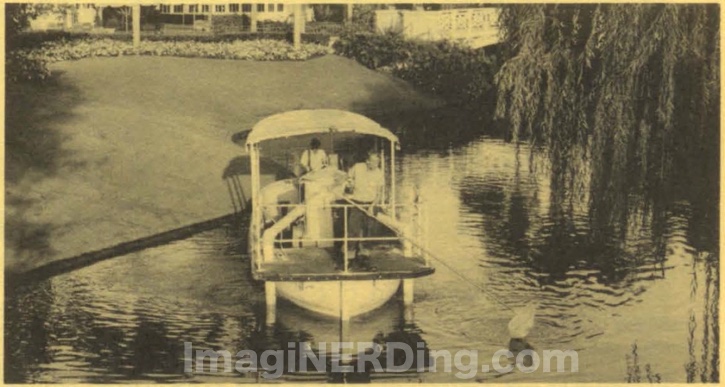 Did you ever get to see the Waterway Vacuum Boat in action? Or any of the other waterway cleaning boats? 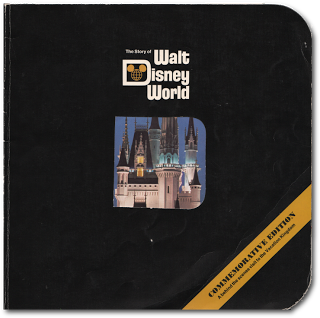 One thought on “Waterway Vacuum Boat at the Magic Kingdom”