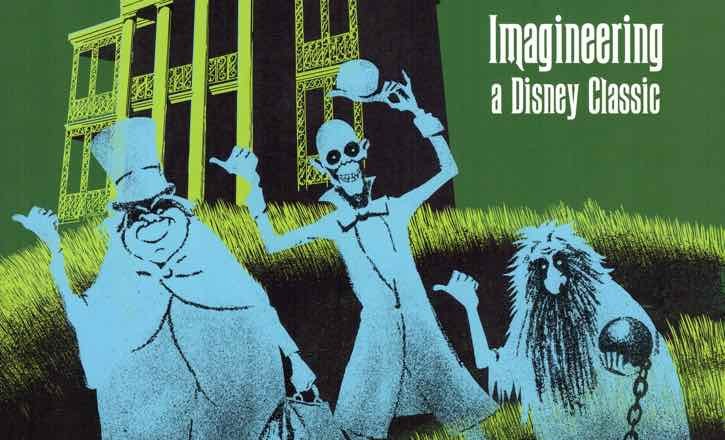 The Haunted Mansion: Imagineering a Disney Classic (From the Magic Kingdom) by Jason Surrell, a book review

George: Let’s check out the latest release of Jason Surrell’s Haunted Mansion book entitled: The Haunted Mansion: Imagineering a Disney Classic (From the Magic Kingdom).  It was released on September 2, 2015 and comes in at 128 p. This is the third edition, sort of. The first version was in 2003 and the second in 2009. Theoretically, it does have a different title and is four pages less than the 2009 edition. 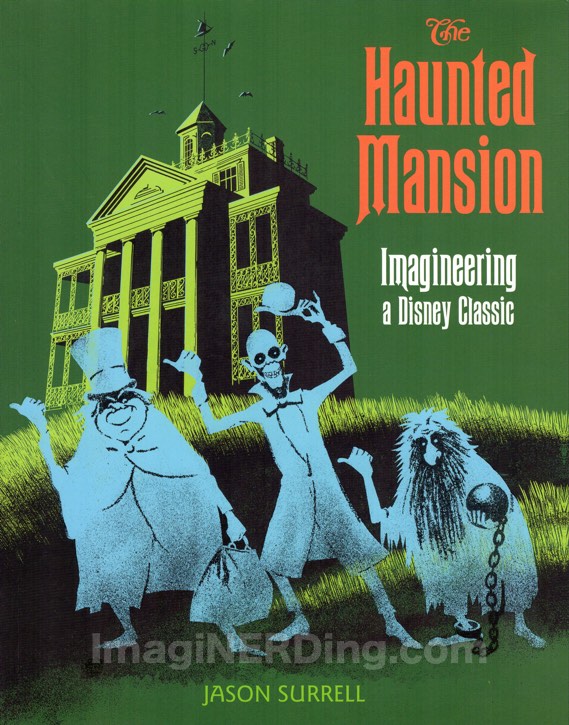 Jeff: Four pages less?! You mean they took some of the information out?! Where else am I going to get my treasure trove of knowledge?! Was there a map to a hidden treasure encoded onto those pages?! I NEED TO GO BACK AND COMPARE!

George: The Haunted Mansion book is broken down into two main sections; thank goodness the Haunted Mansion movie was dropped. The first section looks at the history and evolution of the Disneyland spooky house in great and exhaustive detail. There is so much concept artwork, including a few items I’ve never seen before and some great anecdotes from Imagineers. 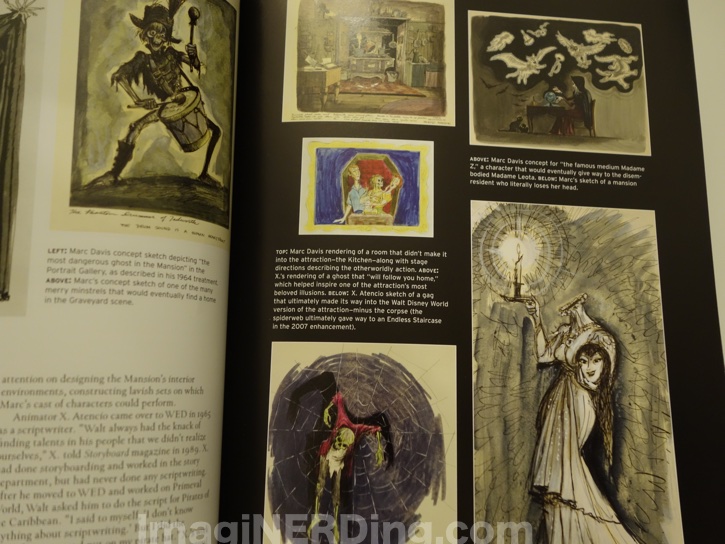 Jeff: I’ve always hated the section on the movie. Despite it having some cool artwork and a little but of insight, the film never played well for me (or anyone) so I’m glad they exorcised it…much like we are trying to do with it in our minds.

George: Surrell then delves into the creation of the other four Haunted Mansions around the world, including Mystic Manor at Hong Kong Disneyland. Surrell offers wonderful insight into where the mansions were located (and why) as well as the rationale behind the choices. Surrell does discuss why the Disneyland Paris Mansion is so dilapidated and why Mystic Manor is considered a Mansion. 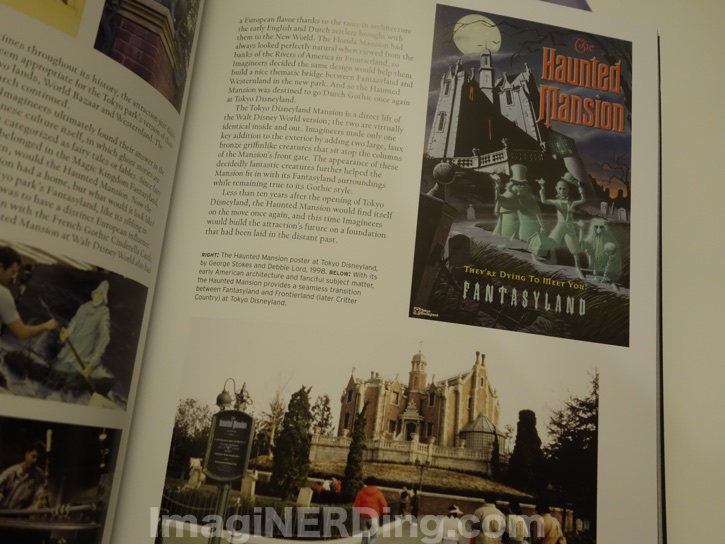 Jeff: The hot ticket here is obviously the information on Mystic Manor. While not a mansion in a traditional sense, it still fits quite well within the Mansion Mold. I won’t be able to get to it anytime soon, so having Surrell divulge lve some information on it here was a real treat.

George: The last half of the book is a complete walkthrough, scene-by-scene of the four Mansions that are based on the Disneyland attraction. Whenever the Florida, Tokyo or Paris versions veer off track, Surrell covers the differences and changes. He also covers a lot of the enhancements at all the mansions, including the interactive queue at WDW and the Nightmare Before Christmas overlay at Disneyland and Tokyo. 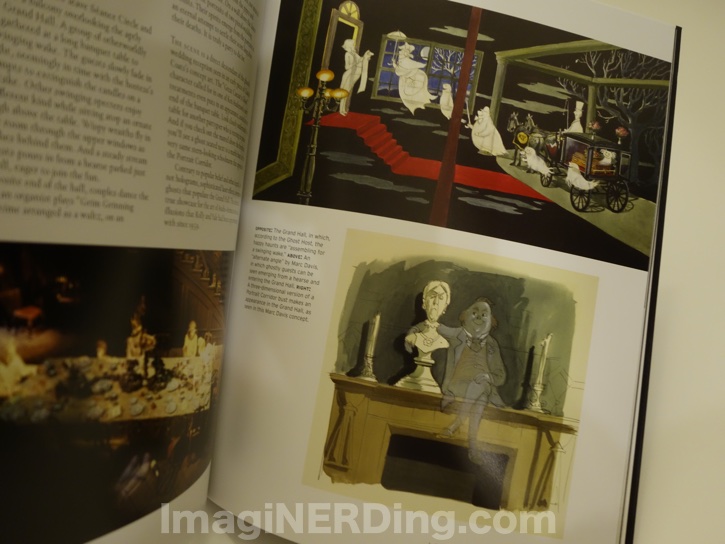 Jeff: Again, seeing the Haunted Mansion Holiday every year, these bits gave me a little more information on the process it takes to make it happen. If anything, I appreciate it even more now, and don’t start disliking it until at LEAST December 15th now.

George: Yes, this is a definite purchase, even if you own either of the previous editions. Plus, it has a glow in the dark cover! 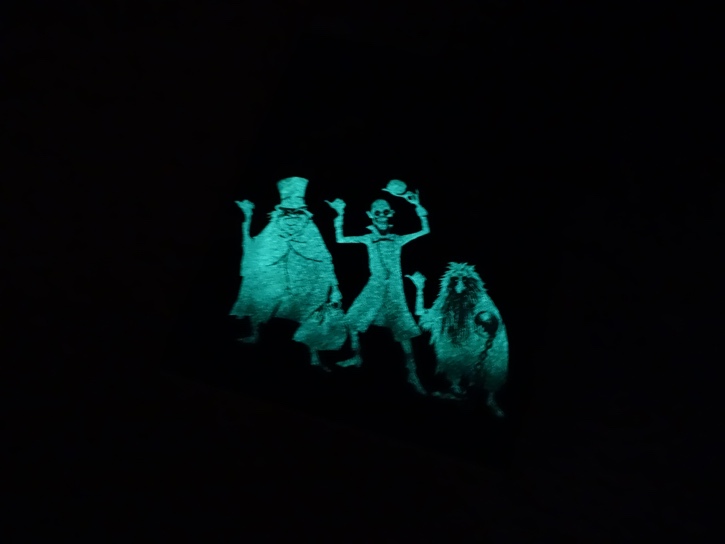 Are you going to pick up The Haunted Mansion: Imagineering a Disney Classic (From the Magic Kingdom)? Which haunted Mansion is your favorite?

3 thoughts on “The Haunted Mansion: Imagineering a Disney Classic (From the Magic Kingdom), book review”