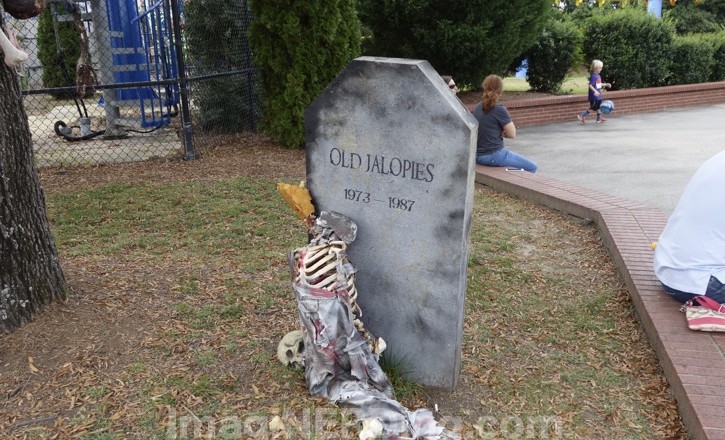 I looked at a few of the tombstones that honor extinct attractions, here. Let’s take a look at a few more! 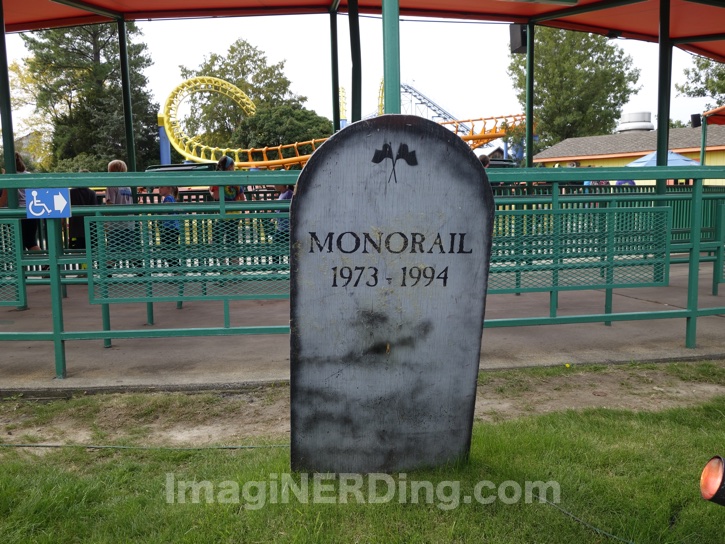 So, you didn’t know that Carowinds had a monorail? Check out the photo below from the Harmony House restaurant. 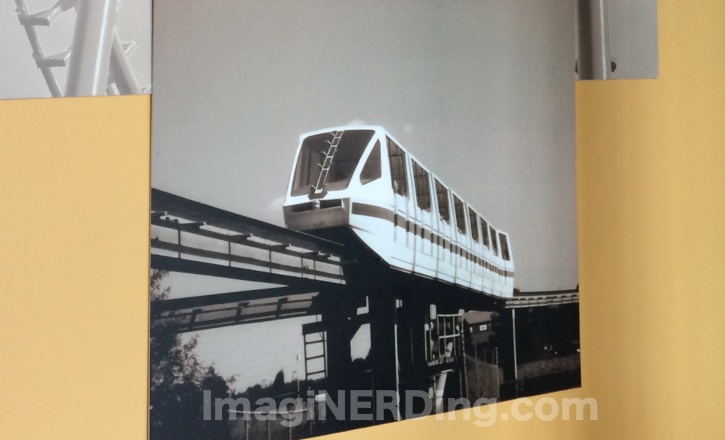 The Carowinds Monorail was a two mile attraction that opened on June 2, 1973. It was intended to connect to a hotel, called the Carolina Center, that was never built. The single station was located above the Speedway in the Contemporary Carolinas area. It was a single-beam train that went about 18 miles and hour. It was sold to a resort in Acapulco, Mexico, but never assembled. 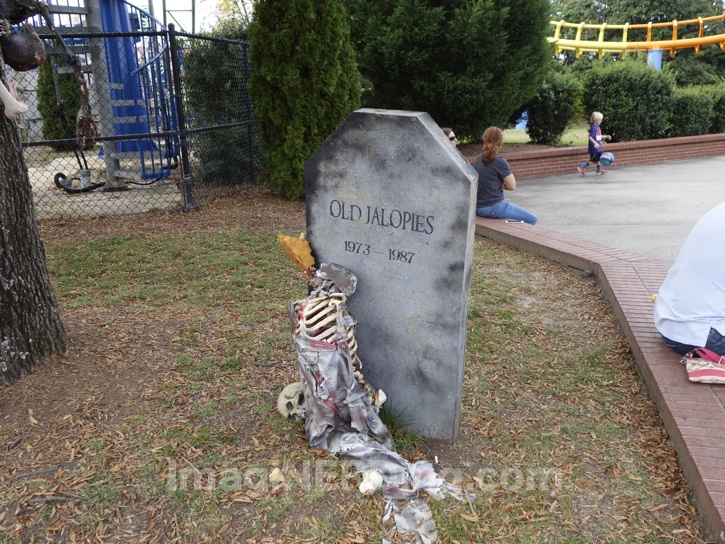 The Old Jalopies were called the Hillbilly Jalopies and were presented by Exxon. They were in the Carolina Crossroads section of the park, where Whitewater Rapids is now.

The Plantation House, which had been the North Entrance since the park’s opening, stood as the symbol for Carowinds. Sadly, when security gates were added, it lost a lot of it’s visual appeal. Although I miss the charm of the Plantation House, the new entryway offers so many more services and a larger area for entrance and exit. Plus, it offers more of a view into the park; although, going through the Plantation House did give you a bit of a dramatic reveal, much like going under the train tracks at Disneyland and the Magic Kingdom. 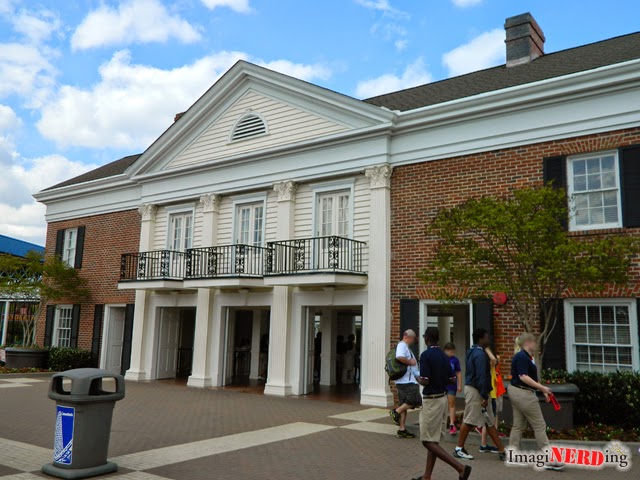 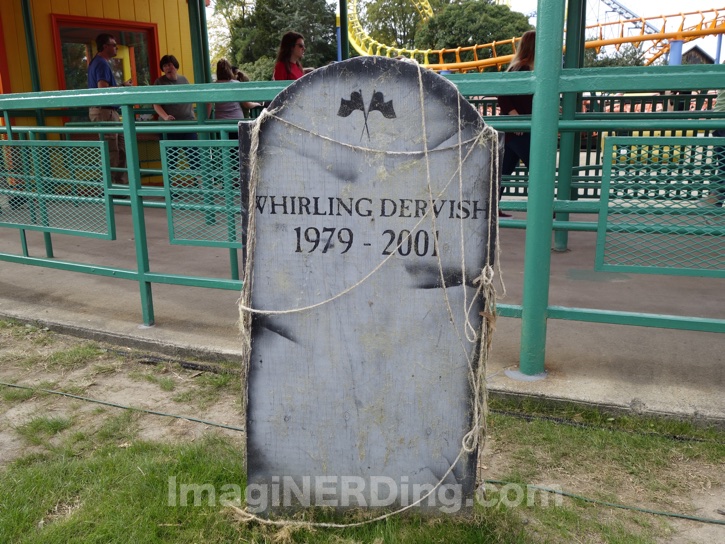 The Whirling Dervish was a swing-style ride that was moved to Great America in Santa Clara, CA. in 2001. The spot, in the County Fair section, is now occupied by a another swing ride, called Yo Yo. 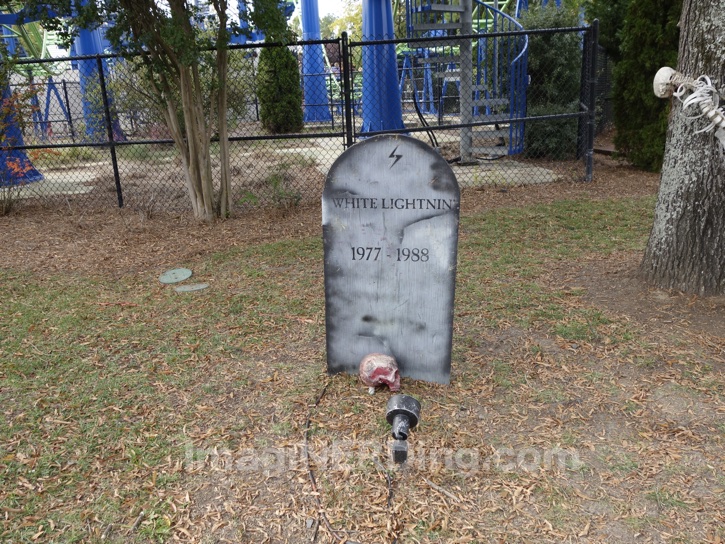 White Lightnin’ was a shuttle loop coaster built in 1977. Riders were catapulted along a straight track and then through a vertical loop. After the loop, they went up a 130 foot hill. Then they would go through backwards. It was in the Country Crossroads section of the park.  It was sold to Gold Reef City in South Africa. 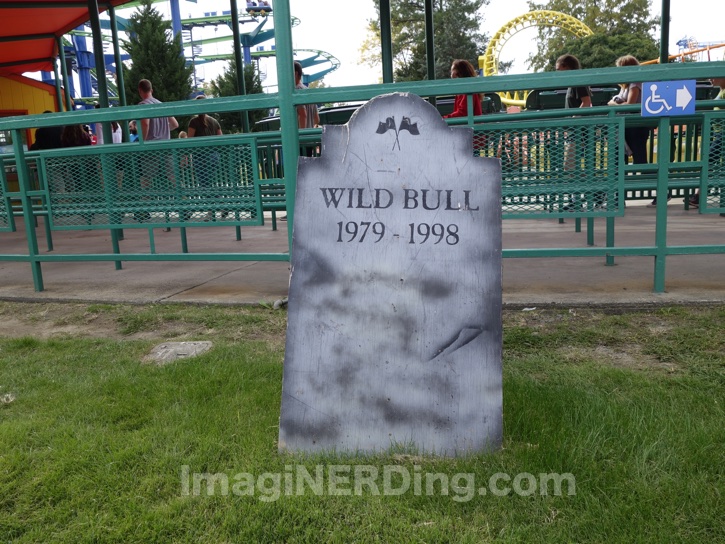 The Wild Bull was in the Country Fair section of the park and sat where After Burn is, currently. It’s known as a Bayen Kurve, and it pretty much a semi-circular bobsled attraction found at many fairs. 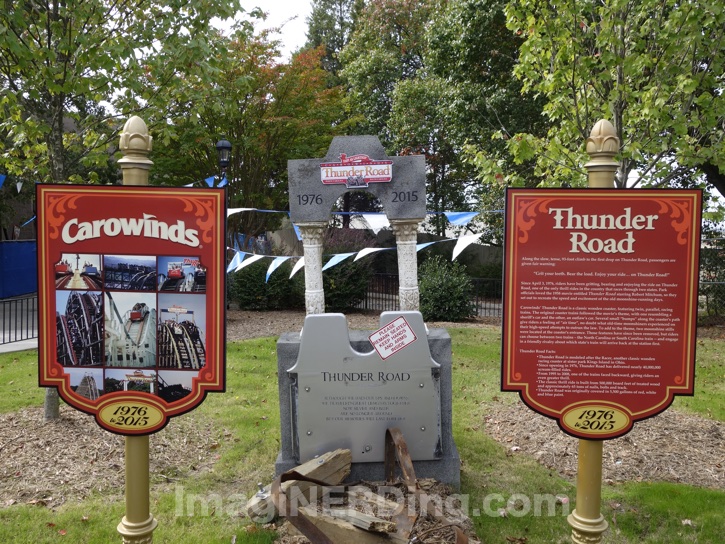 I was very surprised to see a tombstone for Thunder Road, and to see that it was near where the iconic roller coaster once stood. On either side of the tombstone are two plaques that discuss the history of the coaster.

Notice anything interesting about the tombstone?

Yep, it’s made from parts of the roller coaster!

The top has a reproduction of the sign that stood over the entrance. 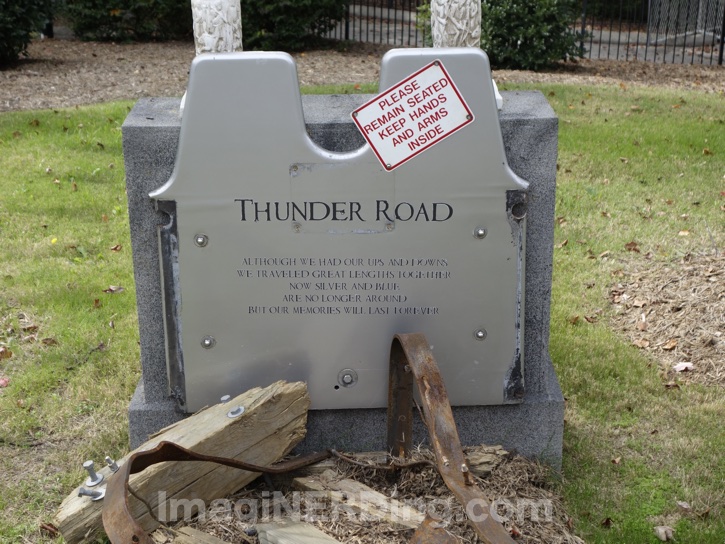 The face of the tombstone is actually the back of the seat! The epitaph reads:

At the base of the tombstone are part from the track. 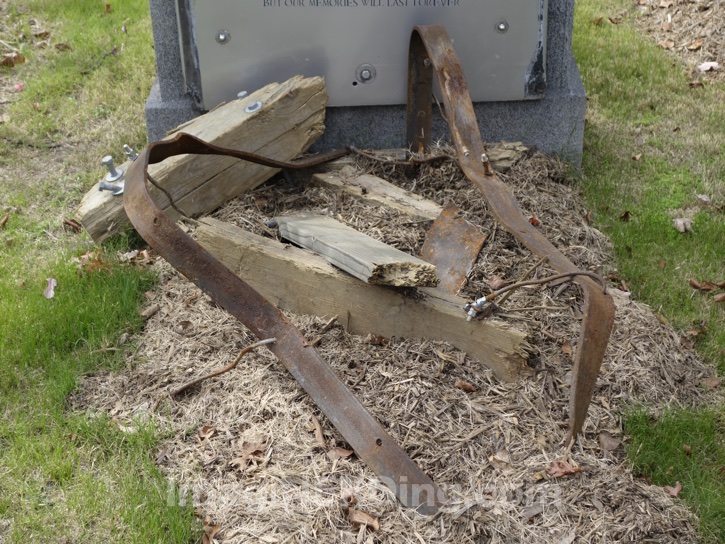 I’m really glad to see Carowinds honor its past, even in such a temporary fashion. There are some great historical photos in the Harmony Hall and I urge you to check them out on your next visit.

Do you have an extinct Carowinds ride that you really miss?