Jeff: Avengers: Age of Ultron, the latest blockbuster epic in Marvel’s roster, and the most comic book-y movie to have been a comic book movie has been released. Coming off the last film, the stakes needed to be raised and the action amplified. And Whedon returns to do it all in spades. 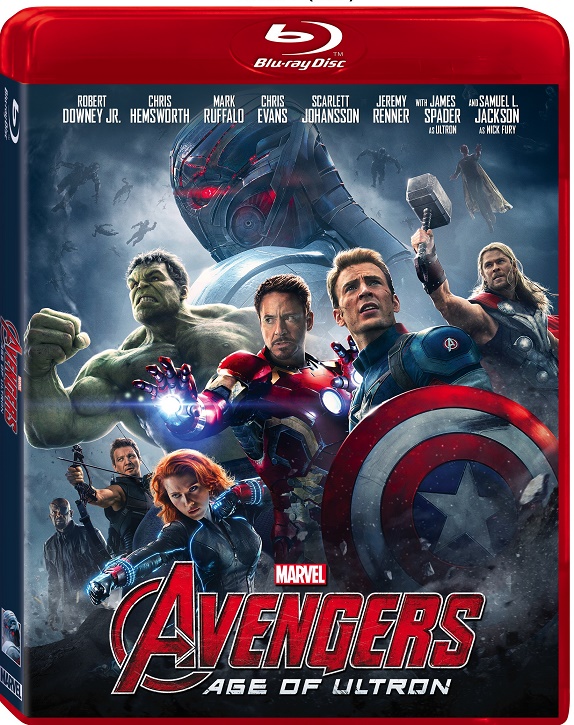 George: Basically, Age of Ultron is Marvel’s Empire Strikes Back. I saw this film in the theater and I was blown away. It’s a culmination of every film so far and really leads us into the Civil War series. So, a preternatural artificial intelligence is created by Tony Stark et al. and, eventually, Ultron is born. It’s hard to imagine a character that can exist in a network while controlling thousands of sub-Ultrons, so to speak. Age of Ultron is a darker movie and we learn so much more about the Avengers.

Jeff: That’s not to say the film doesn’t have its flaws, because it does. That said, it’s an Avengers movie. You really can’t go wrong! I really loved the darker tone of the film, and the peek behind the curtain for some of the Avengers. It was great to know more of their back stories, and to see some new threats pop up along the way. The cast continues to fully embody these roles, and I really do think it is my favorite of all the Marvel films, so far. Well, after Guardians. And Iron Man.

George: There was a lot more dialog and exposition in this film, which some people construed as making it slow. I was glad to see the more complicated plot lines and the challenges of the future. So, how are the extras?

Jeff: The Making of Avengers feature is great. It’s 20 minutes of great behind the scenes footage, and comments from the cast and crew. They explain how they went global with this one, really getting out in the field to shoot, and how it tied into the story. The Infinite Six explained the infinity stones, at least the ones we know of so far, and how the last two are yet to be revealed. Deleted scenes are pretty good, too, but the gag reel, for the first time ever, was just…meh.

George: With a cast like that, you figure that the gag real would be great. Still, I think that Age of Ultron is a definite purchase and one that Marvel fans need to see.

Are you going to pick up Marvel’s Avengers: Age of Ultron?

One thought on “Marvel’s Avengers: Age of Ultron”