Marvel’s Ant-Man: The Art of the Movie 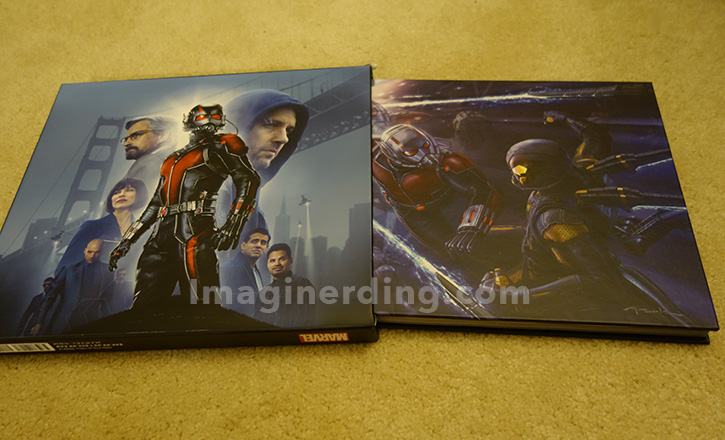 I didn’t get to see Ant-Man when it premiered, mainly due to theme park visits, but it was top on our list. We’ve been huge fans of all of the Marvel films and Ant-Man looked like it might follow Guardians of the Galaxy, humor-wise. The eleven year-old really loved the film and I think it’s a great addition to the Marvel cinematic universe. Similar to Guardians of the Galaxy, Ant-Man was not the most well-known Marvel property and I wasn’t sure what to expect. But I knew that Ant-Man needed to be brought into the story for the Civil War films. Plus, after seeing the film, I’m reminded that the Marvel universe is full of real people, with real problems, that get thrust into being heroes and villains.

Marvel’s Ant-Man: The Art of the Movie 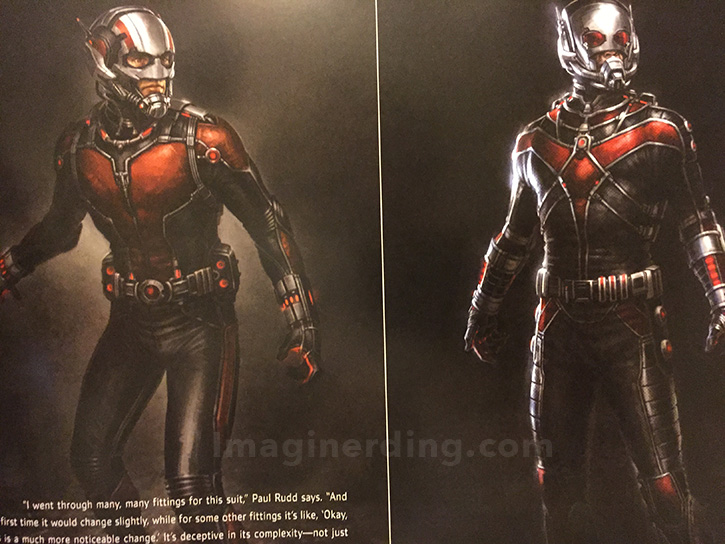 They discuss the issues with designing the costumes, creating the worlds and helping to define the script based on the preliminary art.

The majority of Marvel’s Ant-Man: The Art of the Movie is full-color and full-page illustrations that show how the characters progressed and went through various design challenges and changes. It really was quite amazing to see the amount of art that went into the entire film; there were so many pages dedicated just to the Ant-Man costune. The book also offers quotes from the artists and the filmmakers about the processes they followed to create the movie. In most cases, the visual design staff really had a large hand in the final film—not just the costumes and scenery, but they helped shape the story.

When I was about halfway through the book, I realized what was so different about it: unlike most of the other Marvel films, this movie is very much based in a real world without major superheroes or beings from other worlds. The filmmakers also didn’t need to spend a lot of time creating places that aren’t already in existence, for the most part. That’s why most of the 256 pages of the book are dedicated to character design and costumes. It makes sense in this case, but it also seems like a bit of overkill; the book could have been substantially shorter.  Still, it’s incredibly gorgeous and fans of Ant-Man or the Marvel Cinematic Universe will enjoy the book. So, it’s a buy if you have a vested interest in the film.