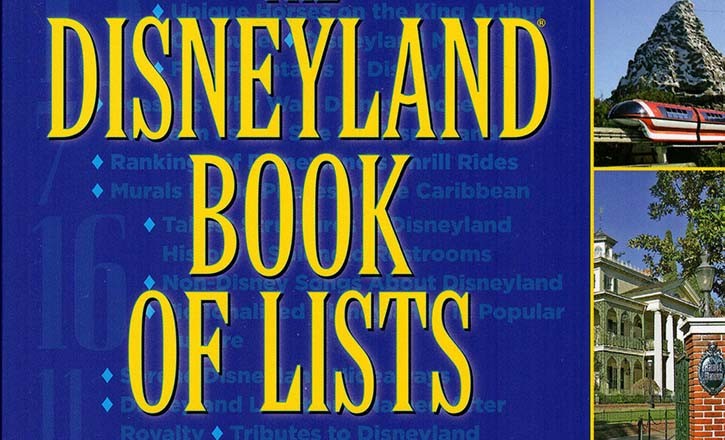 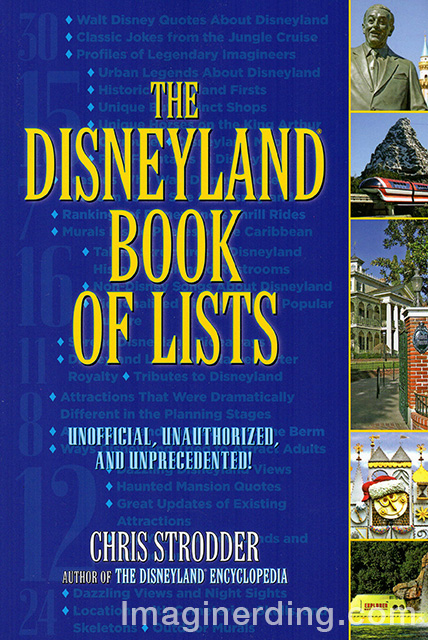 George: How do I love Disneyland? Let me count the ways. No we’re not mashing up famous sonnets to suit our Disney needs, but we are here to review Chris Strodder’s latest book: The Disneyland Book of Lists. I reviewed Strodder’s other book, the Disneyland Encyclopedia, and it quickly became an indispensable title. It made my list (get it?) of Top Ten Disneyland books and was featured as my 2012 Reference Book of the Year. So, this one has to be good, right?

Jeff: To be honest, I usually find “lists” pretty hokey. Especially now, the day of the Internet, every website seems to have a “list” of something everyday, click bait to get people to their websites. I never even really enjoyed Letterman’s lists, really. So, I was a bit apprehensive when Strodder’s Disneyland Book of Lists  came out. Thankfully, though, I was pleasantly surprised by it!

George: Strodder offers the reader over 250 lists that look at everything imaginable about Disneyland. It really is amazing to think that anyone can even come up with 250 lists about our beloved theme park, but Strodder does. The lists are mostly based in fact, but he will throw in a few that reflect his own opinions, but, isn’t that the end result of a curated list of lists?

Jeff: There are 12 “chapters” within the book, with lists all relating to whatever the theme of that chapter is. Lists about Walt himself, the history of the park, geography, shops, pop culture, and more round out the book, and give it an overall entertaining, yet informative, feel. 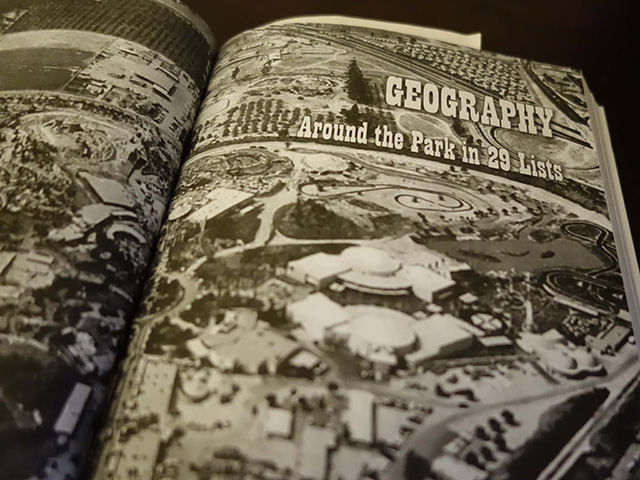 George: I found the lists wonderfully accessible and intriguing. Honestly, who doesn’t want to know the 16 Splendid Disneyland Restrooms, the approximate speed of 15 Disneyland attractions and 13 Disneyland-Related Sentences and Phrases That Are 13 Words Long? The author even includes a list about himself instead of an author bio!

Jeff: It’s not a book that you sit down and read in big chunks. That said, you totally could. It’s meant for that, or only reading a handful a day. It’s a nice, easy read, and one I quite enjoyed. I mean, where else am I going to find out the locations an owl is hiding, so I can warn Mickey to stay away from his natural predator?!

George: That’s got to be an awfully big and scary owl.

Jeff: Bigger than a 18 wheeler. And it sounds like someone dropped a garbage truck off the Empire State Building. 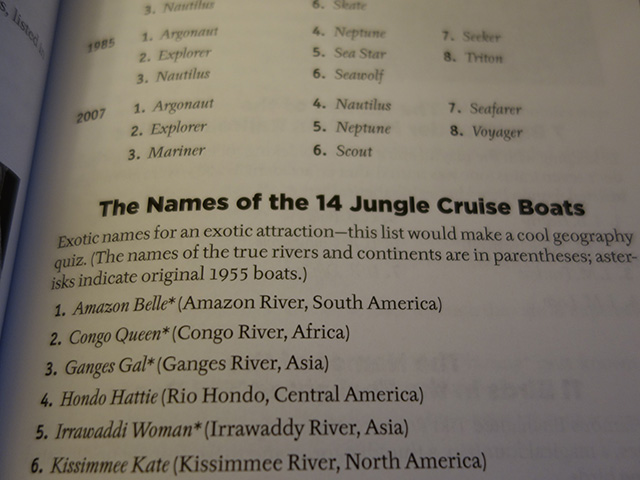 George: Our humor aside, the Disneyland Book of Lists enjoys a good joke or two while retaining its authority. It’s obvious when Strodder is enjoying himself but you can rest assured that he’s checked every fact and list for accuracy. One of my favorite lines from the book, which showcases Strodder’s wonderful sense of humor:

Disneyland’s first nationally televised “list” came on July 17, 1955, during the Opening Day festivities. After christening the Mark Twain, actress Irene Dunne quickly yelled, “We’re listing!” when she noticed that the overloaded boat was starting to tilt to one side. (p. 14)

Jeff: And that, my friends, is how you research an awesome Disney book!

Have you picked up a copy of Chris Strodder’s Disneyland Book of Lists?

I interviewed Chris back in 2012 at Mice Chat. Check out the interview!