And yet another reason that I wish that I was going to Comic-Con in Sand Diego!

Are you going to be there? 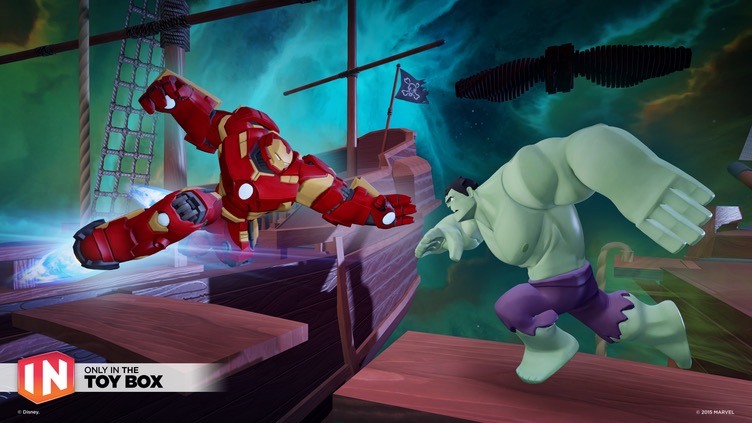 Disney Infinity 3.0 Edition is heading to San Diego Comic-Con this week, giving fans the first hands-on opportunity to experience the latest installment of the best-selling “hybrid toy / video game” of 2014, which brings together Disney, Disney•Pixar, Marvel and Star Wars™ characters like never before. Marvel’s Hulkbuster and Ultron characters will be playable for the first time in the game’s fully enhanced Toy Box mode, joining Marvel’s Spider-Man, Yoda, Darth Vader, Elsa, Jack Sparrow and many more characters from across The Walt Disney Company inside Disney Infinity.

The game will be playable at the Disney Infinity Pop-Up Shop, where fans will be able to participate in game tournaments, scavenger hunts, and a mediated reality experience, and explore a unique Disney Infinity art exhibit. In addition, the Pop-Up Shop will host a special “Toy Box TV Live Edition” segment featuring the game creators. More details about the week’s activities are below.

The Disney Infinity Pop-Up Shop, located at 815 J St. (near 8th St.), will be the official headquarters of Disney Infinity at Comic-Con. Open to the public July 8-11, fans will have their first hands-on experience with the game where they can play in both the Play Set mode, as well as the fully enhanced Toy Box mode. Fans will be treated to special guest appearances, giveaways and other surprises.