Trying to decide how to spend your time on vacation is as important as how much money your spending. We spent (almost) a full day at the MagiQuest in Pigeon Forge, Tennessee. Check out how we spent our time after our questing was done.

After spending over two hours letting the kids do the quests and adventures in the MagiQuest proper, we still had three experiences to try as part of our ticket.

We purchased the New Magi Ultimate Package for $29.99 (the upgrade from the Value Package to the Ultimate Package was $5.00 per ticket). Since the kids would then get to access the three other attractions in the building, it seemed like a good deal for us. 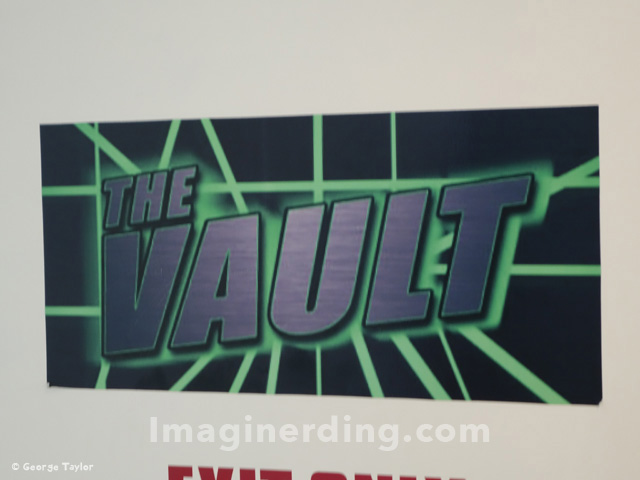 Only three of the four chose the The Vault Laser Experience. It took about five minutes and the kids (11, 12 and 15) were really unimpressed with it. They said that you were in a dark room and you could see laser lights crossing the room at different levels. The kids said that it was really difficult to avoid the lasers and it just wasn’t that much fun. 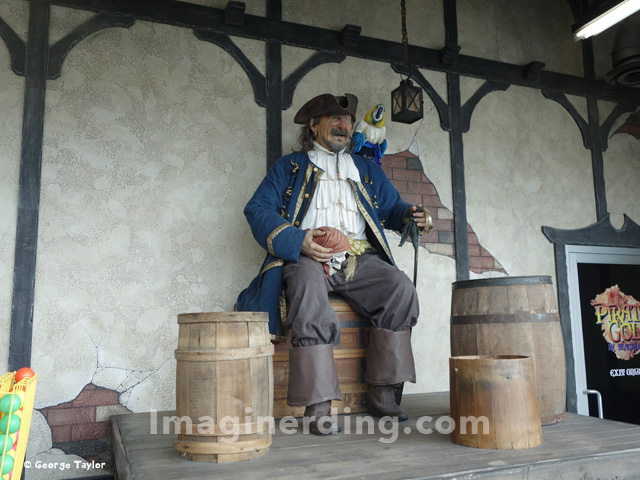 I was glad that a mini-golf package was included in the ticket and it was even better that it was indoors! Two of us got a little more sun than expected at Dollywood, so I didn’t want to spend more time outside playing mini-golf. Everyone was excited about the chance to play mini-golf, especially when we saw the course. They let my wife and I join the kids as watchers. 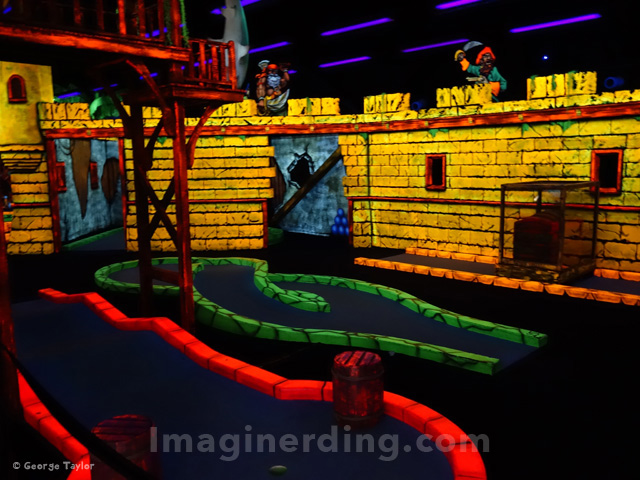 The course and the room is very dark and lit by backlights that cause the course and scenery to light up in a pretty spectacular manner. 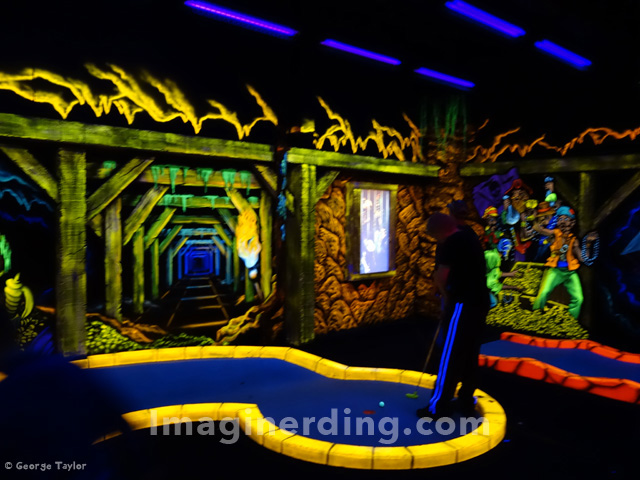 The kids haven’t played much mini-golf before, so we weren’t sure what to expect. It was obvious after the first few holes that this wasn’t going to hold their interest for too long. It was hard to see the score card to keep score and it was difficult to line up shots. 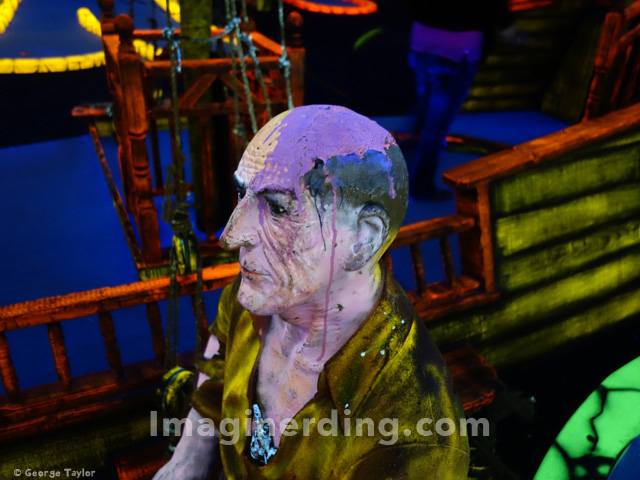 The course was pretty involved, as far as the props and layout. There was a mirror in one area (it was really a television) that showed three skeletons behind bars trying to persuade a dog to give them the key. Wonder where I’ve seen something like that before. 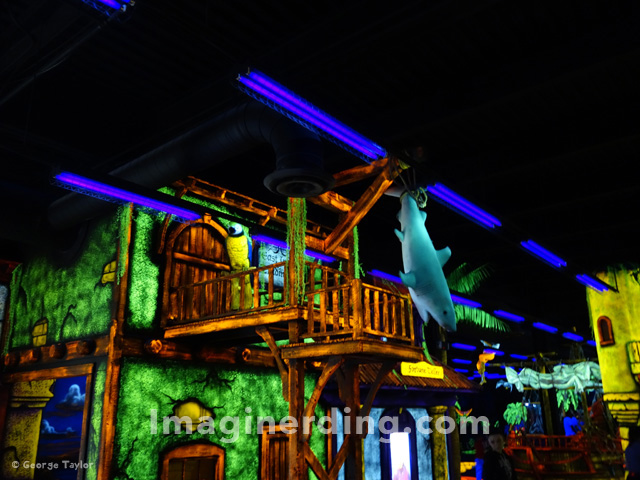 The kids had no interest in finishing the mini-golf after about ten holes. We meandered through the rest of the area and found it much more enjoyable to walk through as opposed to actually playing the game.

When you look at the brochure racks for all of the tourist events in Pigeon Forge and Gatlinburg, it seems like everyone has mini-golf, go-karts and a mirror maze. My oldest son (the 16 year-old) had no interest in the maze, so I gladly took his ticket. 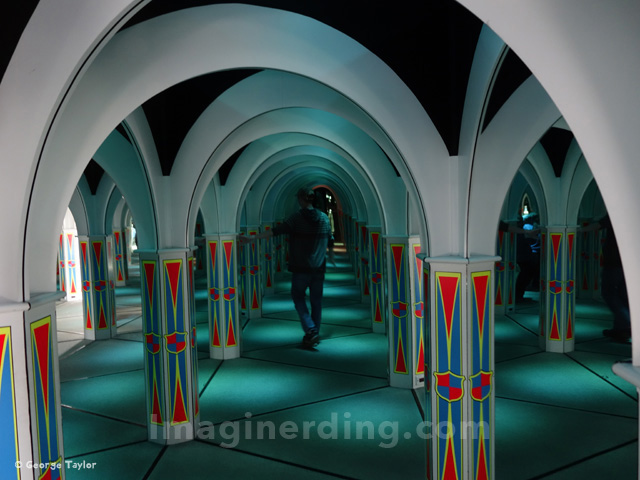 I’ve never done one before and I was completely blown away by the experience. It was fun, confusing and slightly frightening, almost form the beginning! It’s really hard to take photos, but the maze is made up oftener distinct sections that are broken up by rooms with special effects. During our visit, they were playing some 1980s music and I really felt like I was in a Flock of Seagulls video! 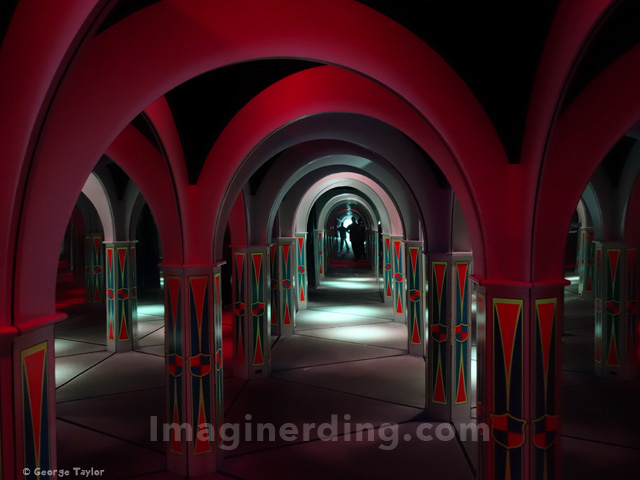 There were quite a few times that I was separated from the group and we would run into each other unexpectedly. Still, it was unnerving to not know where the kids were (probably a good idea to station a parent outside the exit). I did manage to find the entrance three times before I made it halfway through. 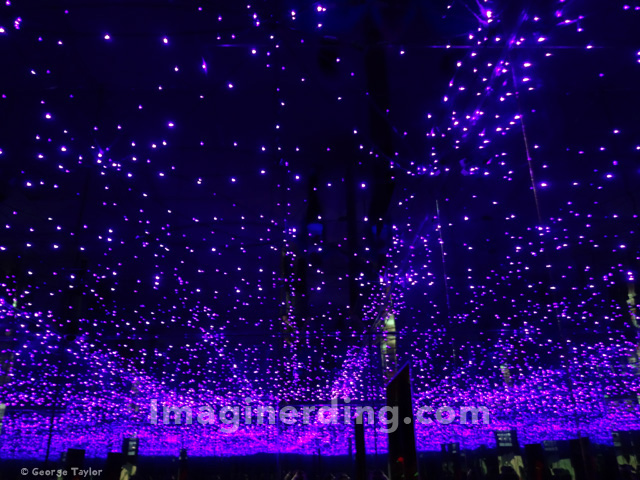 Overall, the Odyssey was my favorite part of the MagiQuest experience. Was it worth the $5.00 extra? I thought it was better for us than the Vault or the mini-golf, but it is an even better value if your group likes mini-golf.