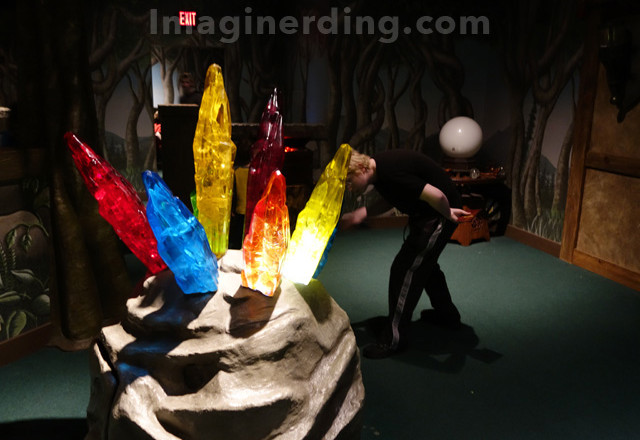 Deciding how and where to spend your time while on vacation is fairly crucial. We spent the better portion of a day at MagiQuest in Pigeon Forge, Tennessee. Let’s take a look at the different realms and the questing floor.

At this point, we’ve spent the better part of a half hour and our Magi are finally ready to do some adventuring! After a brief walk through the Forest Realm, they were dropped off at the Quest Stones and their adventures began! 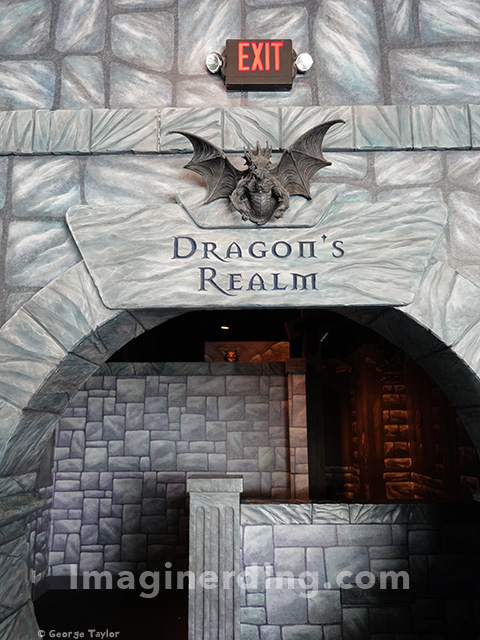 There are three realms, or sections on the floor: Forest Realm, Dragon’s Realm and Village Realm. If you aren’t going to quest with your kids, then you can hang out near the Questing Stones, or even downstairs near the drink machines. Each realm only has one exit (although there are secret doors that lead between them). Also, there are so many kids running around that there shouldn’t be any fear of your child running into anything unexpected. 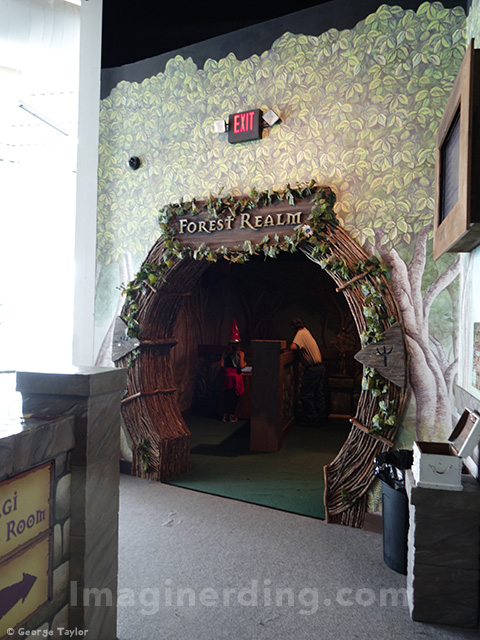 After getting their quests from the Questing Stones, the Magi will follow clues in their paper guides to find their next rune, secret or treasure. 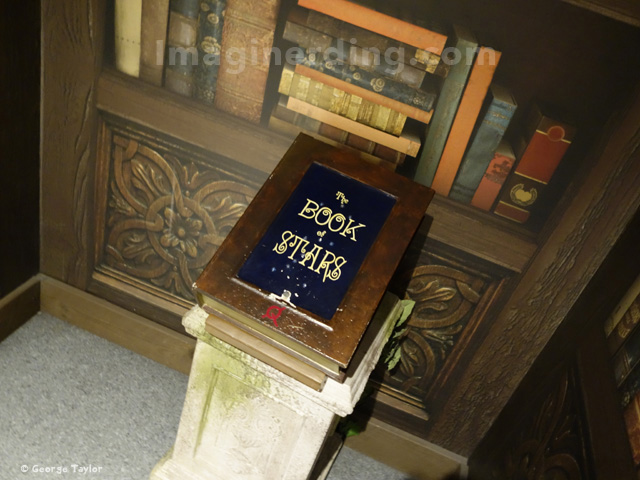 On The Book of Stars, you can see the red mark that signifies it will interact with a wand. 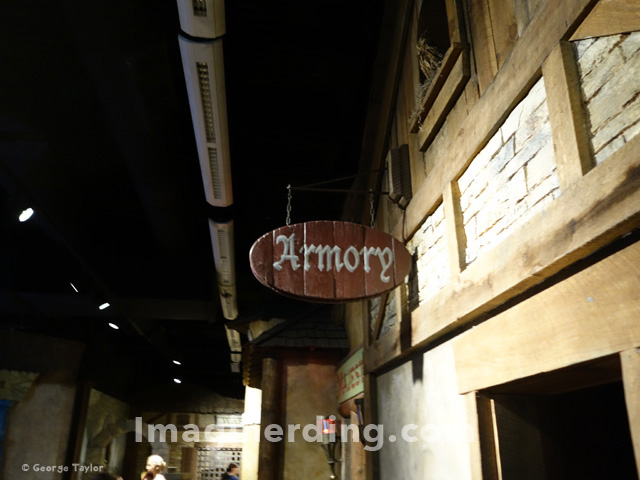 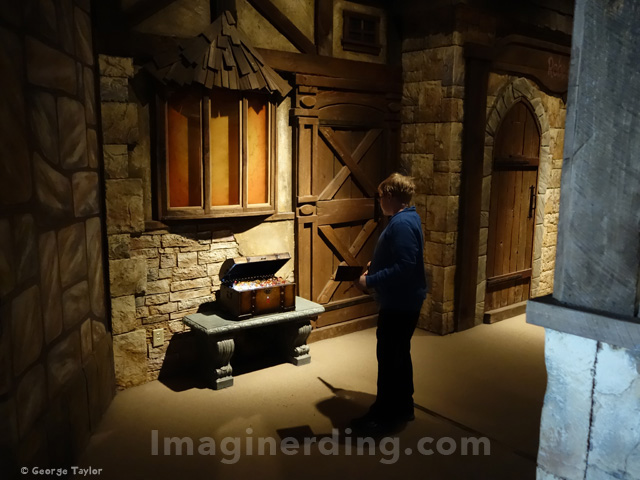 Occasionally, you would pass by treasure chests or jewels that would give you gold. You could then use the gold to unlock different quests. My kids were confused because you never lost any gold, even when you “purchased” the upper-level quests. 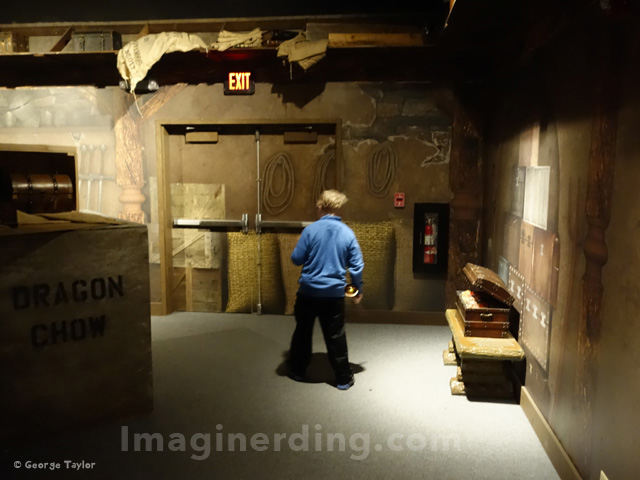 Even the exit doors were painted to the environment! 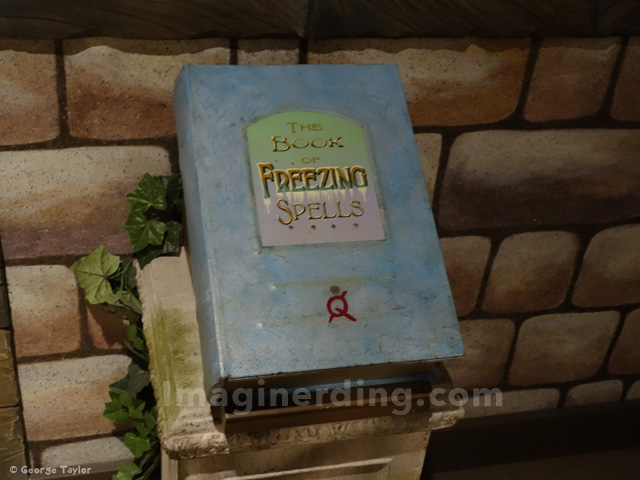 It was hard to keep up with the Magi (we did have four), but we did see them criss-crossing the rooms fairly often. There was never once a fear of losing any of the kids. 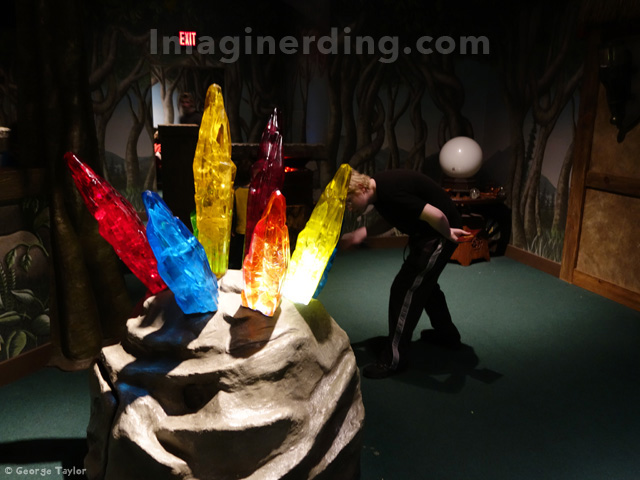 There were areas of MagiQuest that were fairly dark and could frighten younger children. 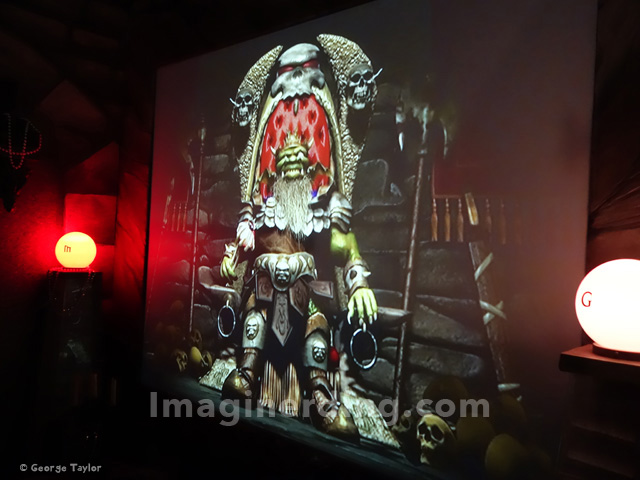 There were opportunities for “boss battles”, but they were part of the larger quests and in secret areas. Honestly, neither myself nor any of the Magi I was with could figure out how to beat a few of them. It seemed random. 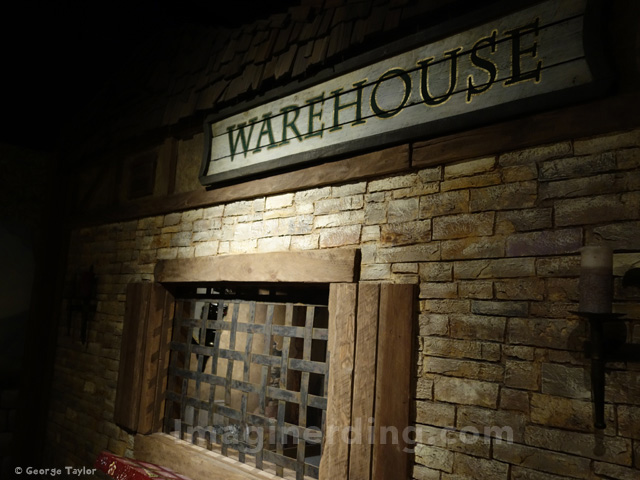 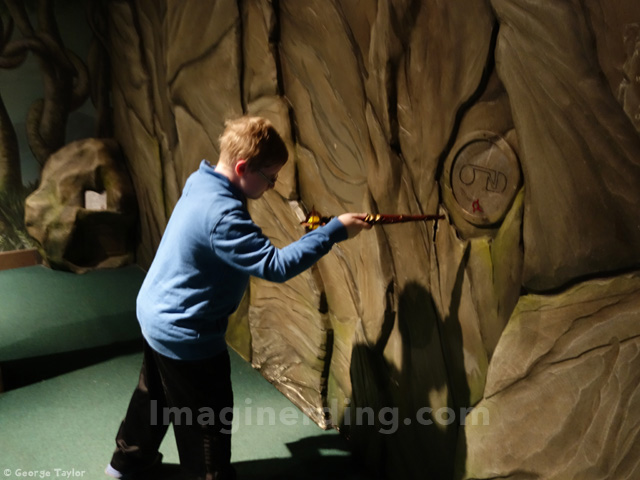 During most of the time the kids spent doing MagiQuest proper (about 90 minutes), we sat near the questing stones and enjoyed the kids running around and having a good time. We had to help out on occasion with sussing out a clue, but our group (11, 12, 15 and 16) really enjoyed themselves. We did notice a few things, though.

There were three other experiences that we paid for and I’ll be covering them: The Vault Laser Maze, Pirate Glow-in-the-Dark Mini-Golf and the Odyssey Mirror Maze.

Have you experienced MagiQuest? What do you think about it?