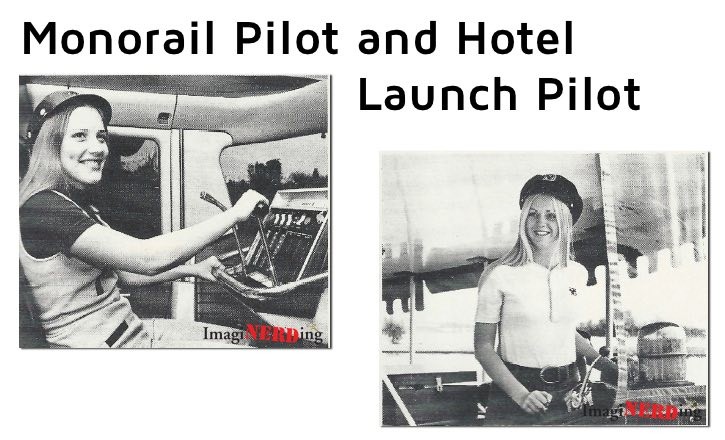 I love running across strange little tidbits of information while doing research for various projects. Eyes and Ears, the cast member newsletter of Walt Disney World, had a section entitled Around the World, which featured a glimpse at different cast members and their specific jobs. The March 03, 1973 edition offers a glimpse at two different positions: a monorail driver and a resort launch hostess. 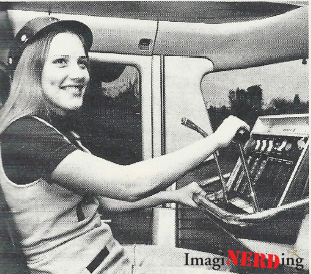 Meanwhile…high in the sky, Maggie Bernier keeps things moving smoothly on the Vacation Kingdom monorail tracks…over six miles in length if you count both beams. In addition to all those controls, Maggie has to keep her eye on several sets of meters right behind her. Capable of operating any of the 10 trains, each pilot is also fully trained to work on our four monorail platforms.—Eyes and Ears, March 03, 1973 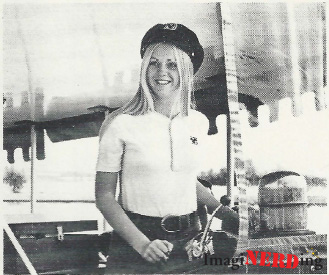 Skipper Kathy Knutson is one of two hostesses who operate our fleet of hotel launches on the waters of Bay Lake and the Seven Seas Lagoon. Pictured here at the helm of “The Explorer”…Kathy takes guests from both resorts and the campgrounds to the Magic Kingdom and back.—Eyes and Ears, March 03, 1973