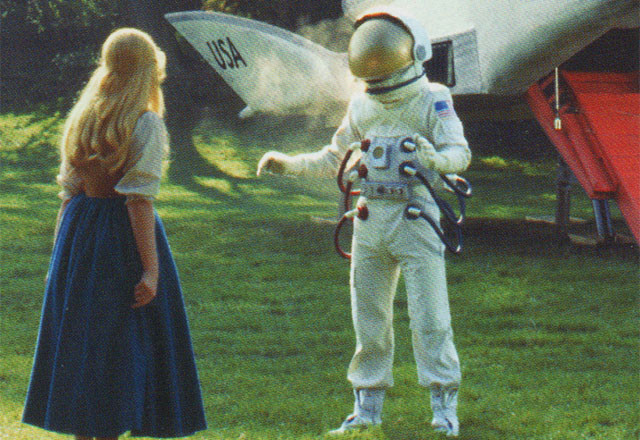 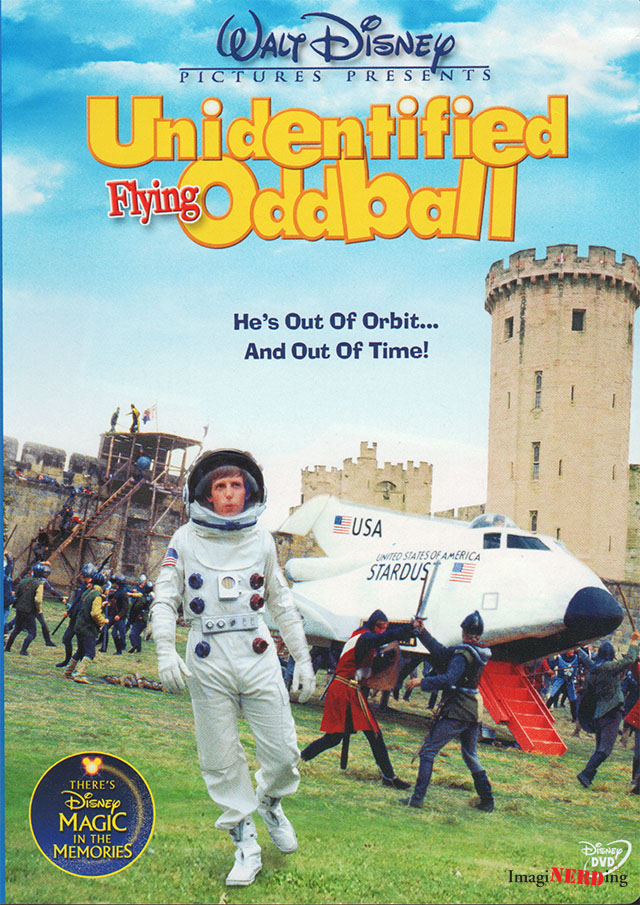 Unidentified Flying Oddball was a film we got from the Disney Movie Rewards Club for redeeming points from Blu-rays. I’d never seen it before and it’s been on our shelves for more than a year. After a violent storm, we lost internet, so I pulled this one out to watch while we waited for internet to start working. 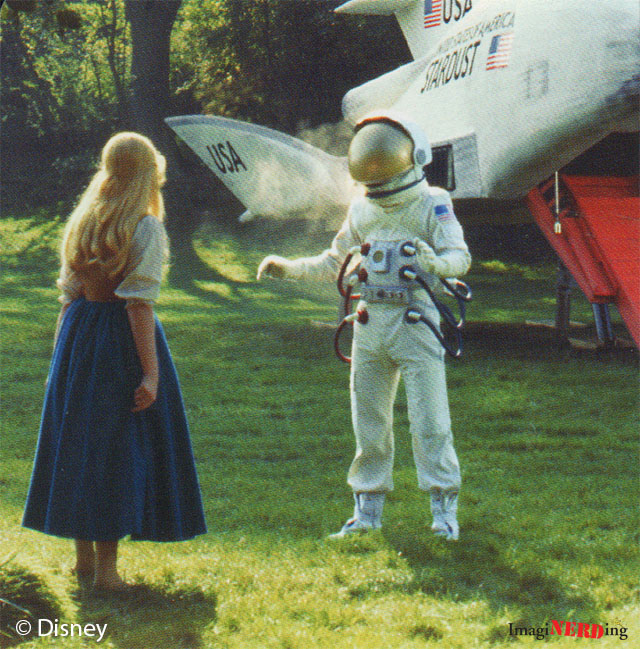 Unidentified Flying Oddball  was released in 1979 and was originally entitled A Spaceman and King Arthur. It’s a take on Mark Twain’s A Connecticut Yankee in King Arthur’s Court which was published in 1889. I’ve not read Twain’s novel but I’m familiar with the story and I had a few expectations.
The story centers on Tom Trimble and his work with NASA. A space shuttle called Stardust that can travel faster than any ship before has been developed by NASA. Instead of sending a person into outer space on a journey that could take 30 years, they decide to create an android duplicate. Tom Trimble, the lead scientist (I think), creates an android duplicate of himself. Trouble ensues during launch sending the android and Trimble to England in the 600s.

Unidentified Flying Oddball is a fish-out-of-water story in which any amount of sophistication on the part of any of the characters would have resulted in a different film all together. There is some charm, but the characters seem so out-of-touch that I spent half of my time dismayed at the choices they made. Trimble is an awkward leading man and an even more awkward scientist. He tends to take each situation without regard to his life. He spends time telling King Arthur and Sir Gawain the history of the world until the 1970s, which would prove nothing to anyone.
Merlin was played rather nefariously, which is interesting since it’s out of character for what we always perceive as the court wizard. Sir Mordred, played by the amazing Jim Dale, is the best part of the whole film. He’s campy, over-the-top and laughably evil (and I mean that in a good way). His character is a splinter of Doc Terminus from the wonderful Pete’s Dragon. To me, he’s the only actor in the film that really stepped up and gave his best performance. 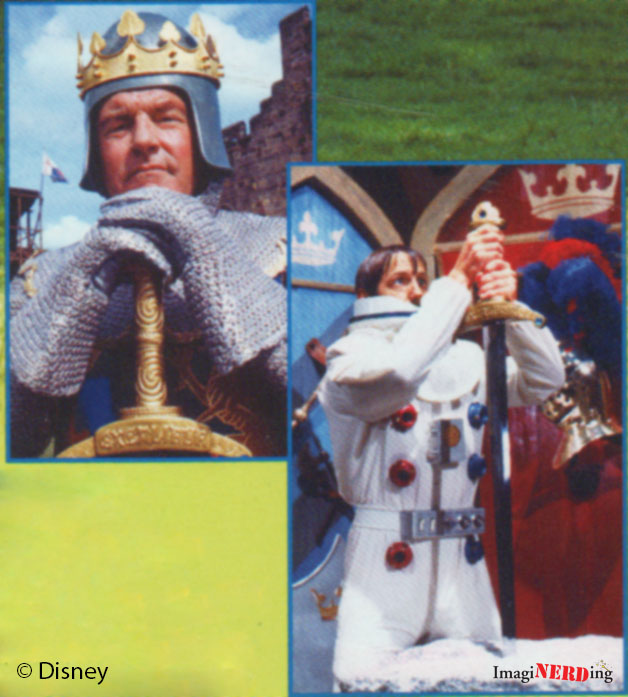 Overall, the movie seemed to miss on quite a few levels; I just couldn’t get past the obvious lack of a thought process by the characters. As I mentioned earlier, there was some charm, but not enough to give the movie the heart that it needed. It felt like it was another film that Disney put out because they were too afraid to break with the films of Walt Disney or the stereotype of a Disney live-action film.

My ten year-old had no interest in the film, but he did stop to watch some of the action scenes, including the android jousting and Trimble being burned at the stake. If you’re looking for a decent family film without any presuppositions, then it’s a good choice. There’s not too much that’s overtly offensive, except a very ditzy blonde with a gander.

Did they have ditzy blondes in England during the 600s?

What do you think of the Unidentified Flying Oddball?