I reviewed the latest Marvel Iron Man & Captain America: Heroes United film through Disney Movies Anywhere (DMA). It was my first experience with DMA and I have to admit that I was fairly impressed with it. Besides needing to use a laptop or iOS device, it was pretty seamless and I was surprised at the number of films we had in our account based on the digital copies from the Blu-rays we had. 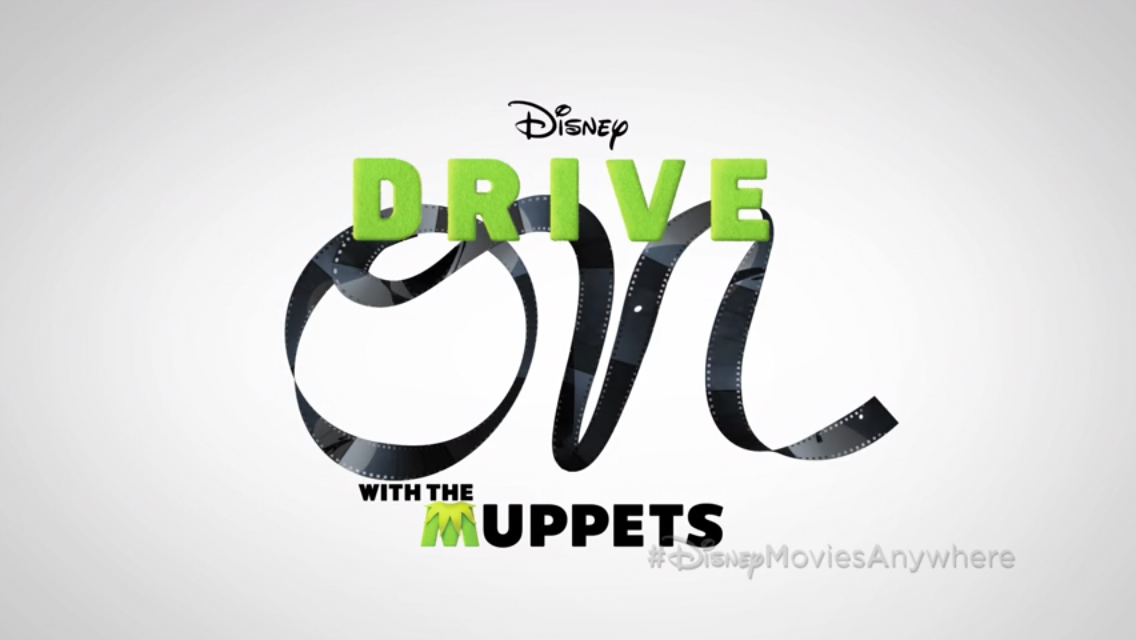 I had to search for Disney Drive in order to pull it up on DMA on my iPhone. Currently, there are two episodes, with each one about seven minutes long. (As I was setting this article to post, Disney had released two additional episodes!)
They were hysterical!
Each one followed the classic Muppet Show format, with a guest star and some completely random (and awesome) Muppetness. It is well worth the time and effort to load the DMA app (iPhone or iPad) or just visit the website and watch it on your laptop. For the most part, the shorts were appropriate for any age; it’s good to be a fan of the Muppets, regardless of your age!
It’s really great to see the Disney Company finally making good use of the Muppets. I can’t wait for more.
***
Disney Movies Anywhere Debuts an All-New Original Shorts Series “Disney Drive-On with The Muppets”

In celebration of the home entertainment release for Muppets Most Wanted, Disney Movie Anywhere (DMA) is debuting a six-part original series called “Disney Drive-On with The Muppets” for a limited time beginning August 1, 2014. With two new episodes releasing each Friday, “Disney Drive-On with The Muppets” brings you everything you’ve come to love and expect from The Muppets, including special celebrity cameos! Be sure to visit the Discover Section within DMA each week to view new episodes of the series at www.DisneyMoviesAnywhere.com.

After being left in charge of the Muppets’ office by Kermit, Pepe the King Prawn takes on the responsibility of “mentoring” Walter on the business of Hollywood. Still considered the “new guy” with the Muppets, Walter is given low-level jobs working alongside his fellow Muppets at their office in the famed Walt Disney Studios in Burbank. He quickly learns there is a lot more to making movies than he thought! Developing projects may not always be so glamorous, but Walter is still excited to tackle new challenges, and discovers life on the Disney Lot is certainly a fun and funny adventure.

Check out these two clips to whet your appetite!

Disney Movies Anywhere is a cloud-based digital movie service that allows you to browse and watch your collection of Disney, Pixar, and Marvel movies along with bonus material and exclusive videos! You can easily manage your digital movie collection and instantly stream and download your favorite Disney movies across your devices. There are over 400 films available from Disney’s rich history and, for the first time ever, you can earn points towards great rewards with your digital purchases and enjoy special clips and features from your favorite movies. It’s fun for the whole family! Access Disney Movies Anywhere on your computer through DisneyMoviesAnywhere.com or download the free Disney Movies Anywhere app for your iPhone or iPad, and iPod Touch (iOS 7 required) from the App Store. It’s free and easy to sign up!