I was able to spend the day at Carowinds a little while ago. It had been a long time since I had the chance to visit the park and I wanted to see how it’s changed over the past few years. Also, I wondered how I would look at the park from the standpoint of a Disney historian and theme park nerd. 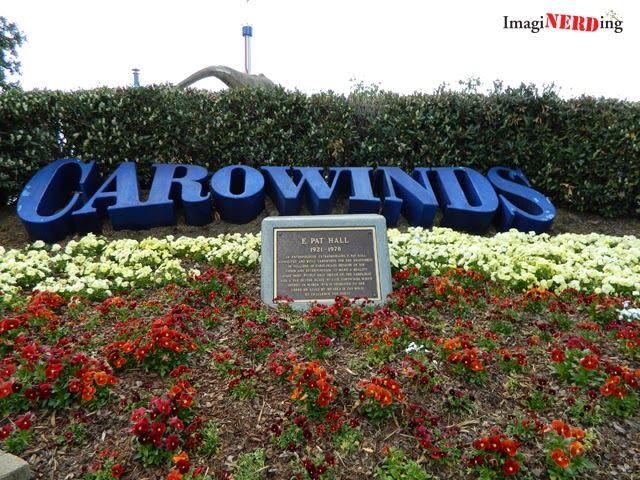 Carowinds opened in March, 1973 and was the brainchild of Charlotte entrepreneur E. Pat Hall. He’d visited Disneyland in the early years and felt that a similar park would do well near Charlotte, NC. One of the unique features of Carowinds is that it does straddle two states. Carowinds is now a Cedar Fair park, along with King’s Dominion, King’s Island, Cedar Point and Knott’s Berry Farm. Carowinds also has the reputation of being more of an amusement park offering more coaster experiences than story-based attractions like at Disney parks. 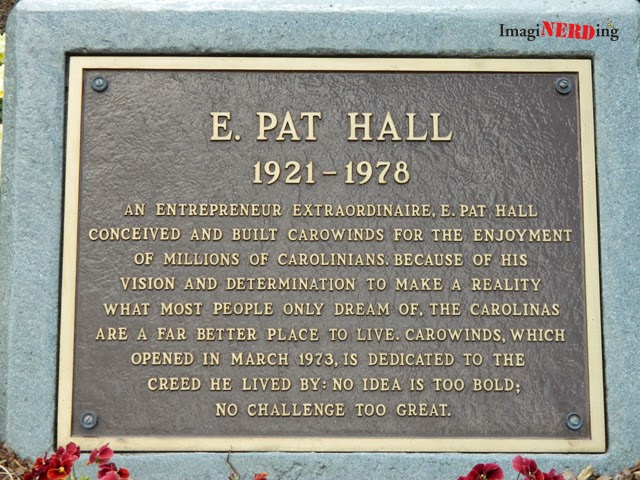 An entrepreneur extraordinaire, E. Pat Hall conceived and built Carowinds for the enjoyment of millions of Carolinians, because of his determination to make a reality what most people only dream of, the Carolinas are a far better place to live. Carowinds, which opened in March 1973, is dedicated to the creed he lived by: No idea is too bold; no challenge to great.

Sadly, the flowers and plaque are rarely seen by guests since the entrance from the parking lot skirts the Carowinds flower planting. This could be a really great photo op if more people had a chance to see it! 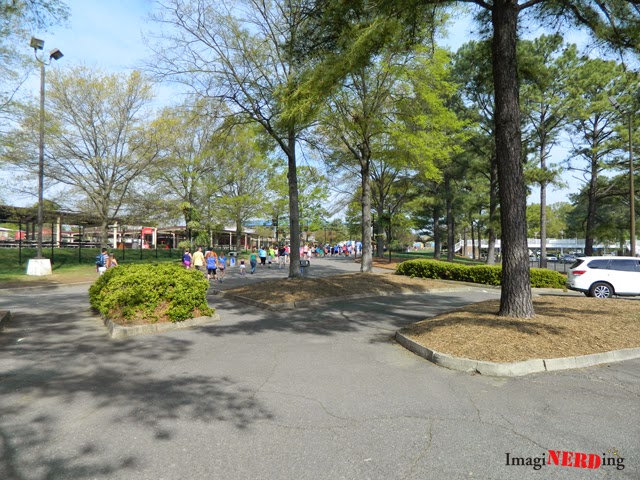 Parking was rather straight forward; the parking area is large and curves around the South Carolina side of the park. If the South Gate isn’t open and you show up late morning, then you’re going to have quite a walk. We were there early enough to only have a few minutes walk to reach the gate. Outside food isn’t permitted, so paying for the parking near the gate could be helpful if you’re going to grab food outside or if you need to return to your vehicle multiple times a day.
2014 daily parking rates are $15.00 for general parking and $25.00 for preferred parking. 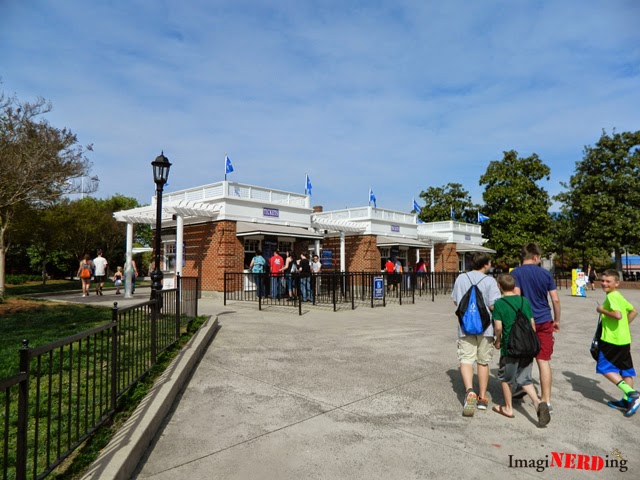 Several ticket booths are open to handle the crowd. It can be crowded first thing but you can buy your tickets online to save some time and money. 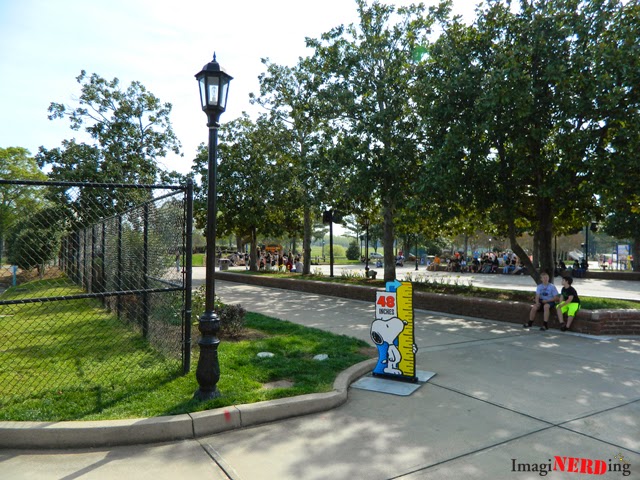 There were a few strategically placed Snoopys throughout the entry plaza and inside the gate to make sure your little one does (or doesn’t) meet the height requirement of certain rides. You can see the Rider Height & Safety Guide, here. 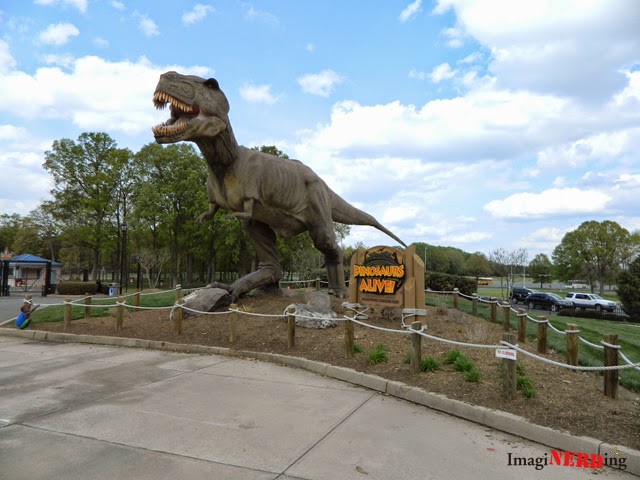 I didn’t get a chance to check out the Dinosaurs Alive attraction in the park. There was a separate admission fee for it, even though it was inside the park. 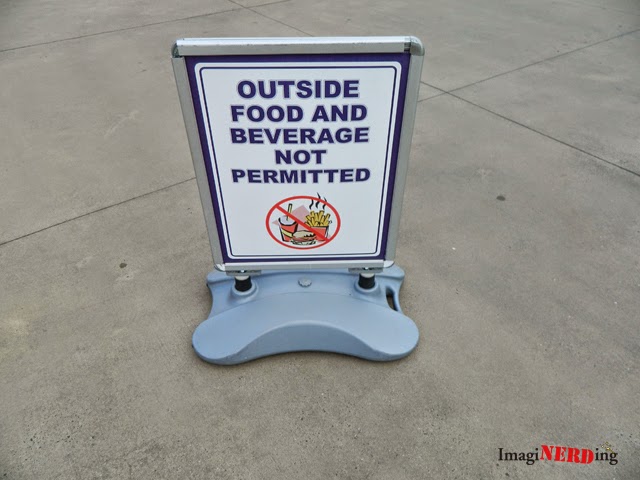 Outside food isn’t permitted. According to Carowinds’ web site, over 30 restaurant and food vendors are located inside the park. This will be an issue later on in the day when I look at the food. 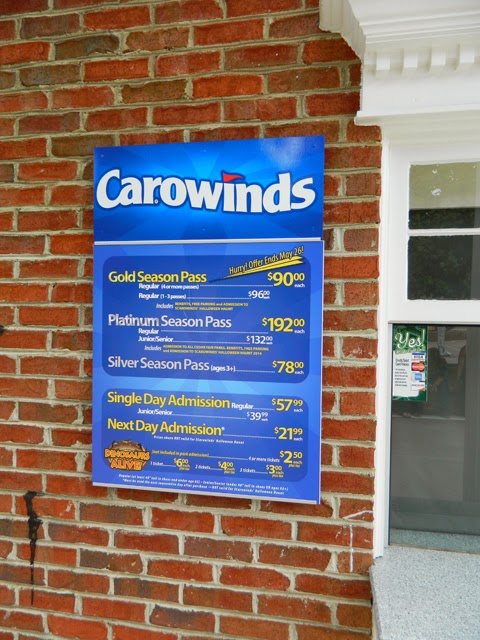 Admission prices are much less than those at Walt Disney World and Universal Studios, but that shouldn’t be surprising since it is a regional park and offers a different experience. 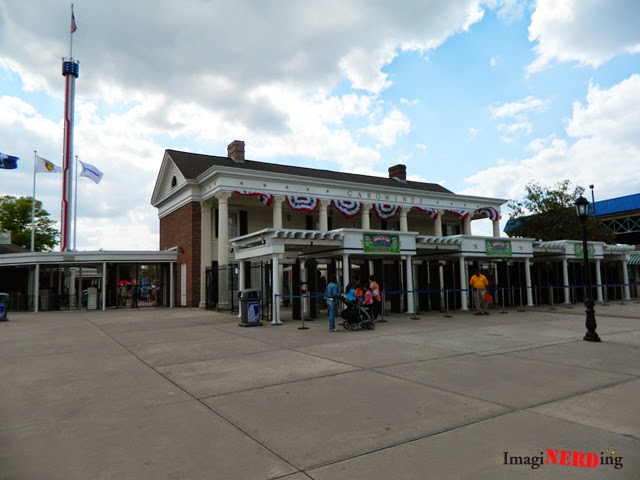 As you approach the entrance, you’ll notice that it’s dwarfed by the security gates. These gates were very similar to the ones that you’d find a few years ago at most airports. I only had my camera with me, but I still had to take out my keys and change before I passed through the metal detectors. I’m assuming that a backpack would be more thoroughly searched, especially for food. 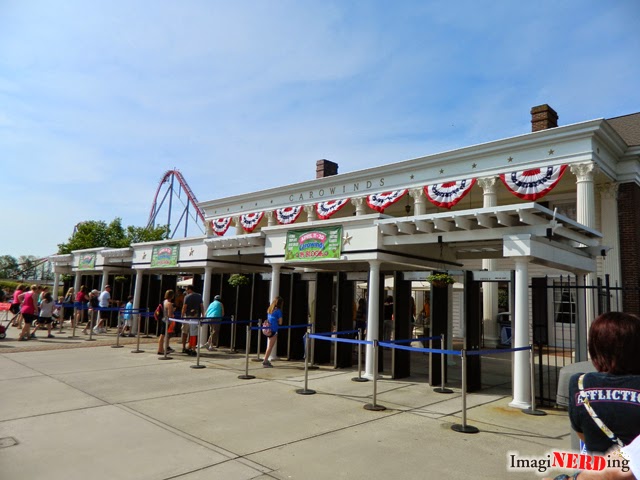 Sadly, a lot of the more interesting architectural details are hidden by the security gates. It does have a great entrance effect, though. Once you walk through the building, your view is restricted until you pass through, similar to the train station at Disneyland and the Magic Kingdom. 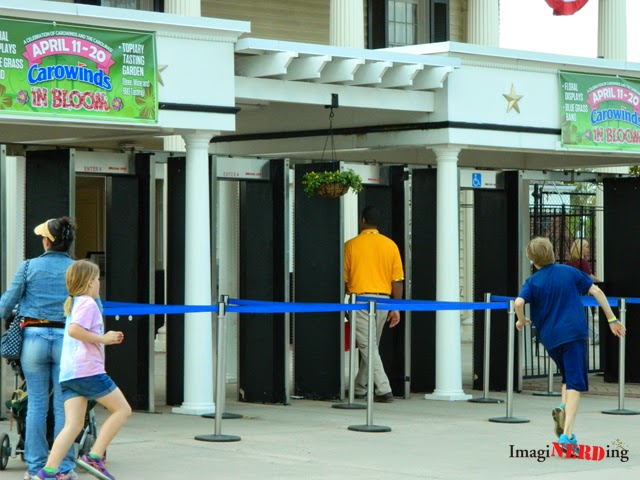 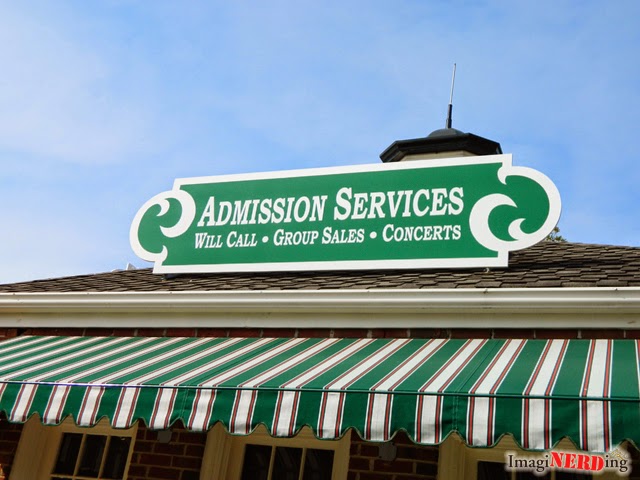 Admission Services is located to the right of the admission gate. It took us about 15 minutes to get through the line. This is where you’ll go to pick up Will Call tickets or to get online tickets that you couldn’t print. Carowinds is a partner in the IAAPA World Passport for Kids and the amazing Give Kids the World Village. It made me smile to see this. 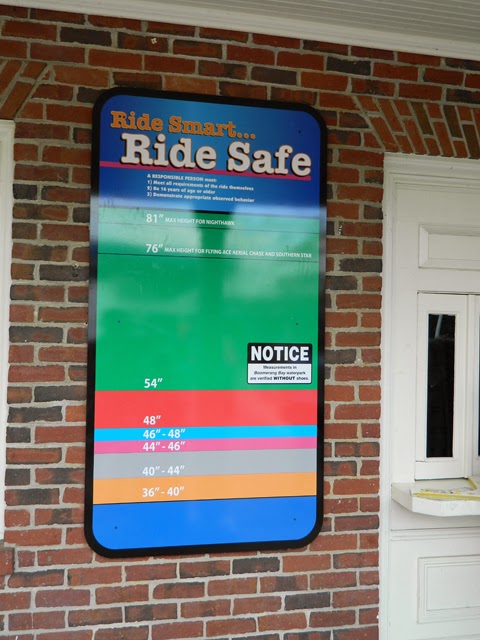 Ride Smart…Ride Safe
I didn’t notice this until I left, but it was an easy way to have your child pre-measured for the various rides and attractions in the park. I’m pretty sure that your child can get a color-coded wrist band, but I can’t find any mention of it online. 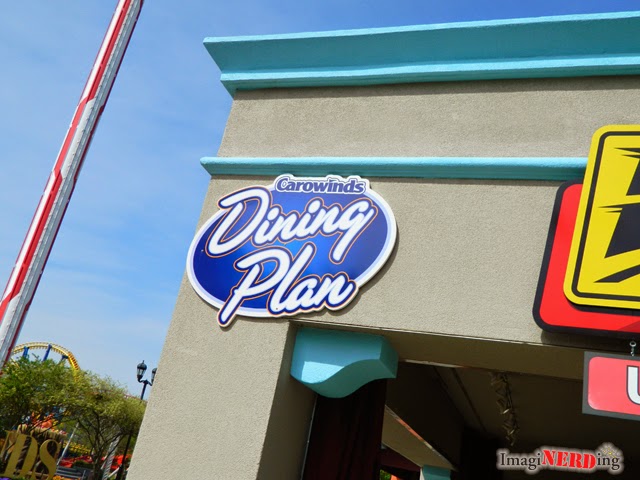 There were some upcharges available in the park (you can also buy them online). The Carowinds Dining Plan costs $29.99 per person and it allows you to get one full meal every 90 minutes. When we were in the park, most counter-service meals were $14.99 per person. After two meals, you’ve met the dining plan cost. Granted, outfitting a family of four is quite a hefty price tag. 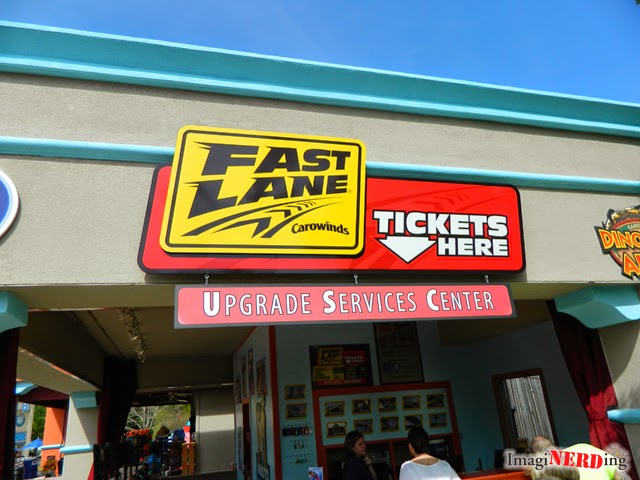 Fast Lane
RIDE MORE. WAIT LESS!
Make the most of your day with a Fast Lane wristband that allows you to bypass the regular lines on 12 rides and attractions including Afterburn, Carolina Cobra, and more. Ride as many times as you want all day long.

Fast Lane Plus
FOR THE ULTIMATE CAROWINDS EXPERIENCE!
Upgrade to FAST LANE PLUS. Enjoy all of the Fast Lane attractions PLUS, unlimited rides on Intimidator and Nighthawk! A very limited number are available each day so buy yours today!

Is it worth it? It really depends on what you’re after and how crowded the park is going to be. Even within the first hour of our visit, Nighthawk was already a 45+ minute wait. Still, you’re adding $35.00 to $50.00 per ticket to enjoy the Fast Lane. If I only had one day to visit and it was a crowded weekend day, then I might consider it.

Have you had the chance to visit Carowinds?

You know that I’ve got to recommend a book whenever I can! Carowinds by Scott Rutherford is a great look back at the first 40 years of the Carolina amusement park.
Don’t forget to stop by our site and leave some Disney Geek love!