I’ve been a Star Wars fan since the first film was released in 1977 and patrolled my neighborhood with a yardstick as lightsaber. The prequels cooled the flames of my fandom somewhat and I admit that I was excited and nervous about Disney taking over the helm. Regardless, I’m glad to see Star Wars making a resurgence and I’m looking forward to the new content being released. 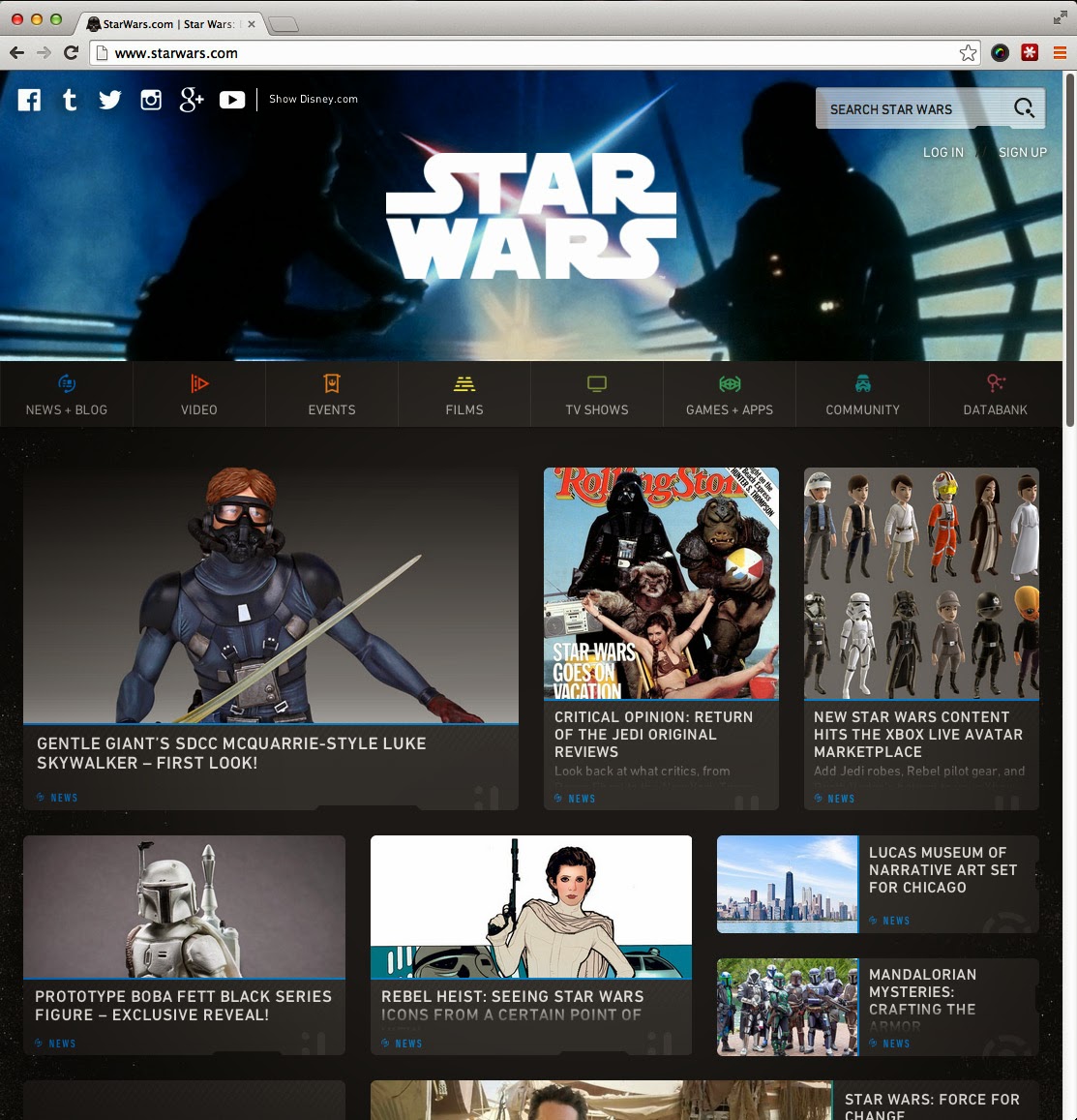 The new site features:
·      Long-form articles and videos that go behind the scenes of past, current and upcoming projects
·      Exclusive online videos, including a behind the scenes video of the making of Chopper from the upcoming series Star Wars: Rebels, and more to come in the following weeks
·      The immersive Databank, an encyclopedia of hundreds of pieces of Star Wars knowledge about characters, creatures, locations, droids and devices.
·      Details about upcoming fan events
·      Users can log in with their Disney ID to access upcoming special features and digital experiences
·      New, simple navigation and design
·      Rich, consistent experience across all platforms and devices using the same technology that powers the entire Disney Interactive Media portfolio 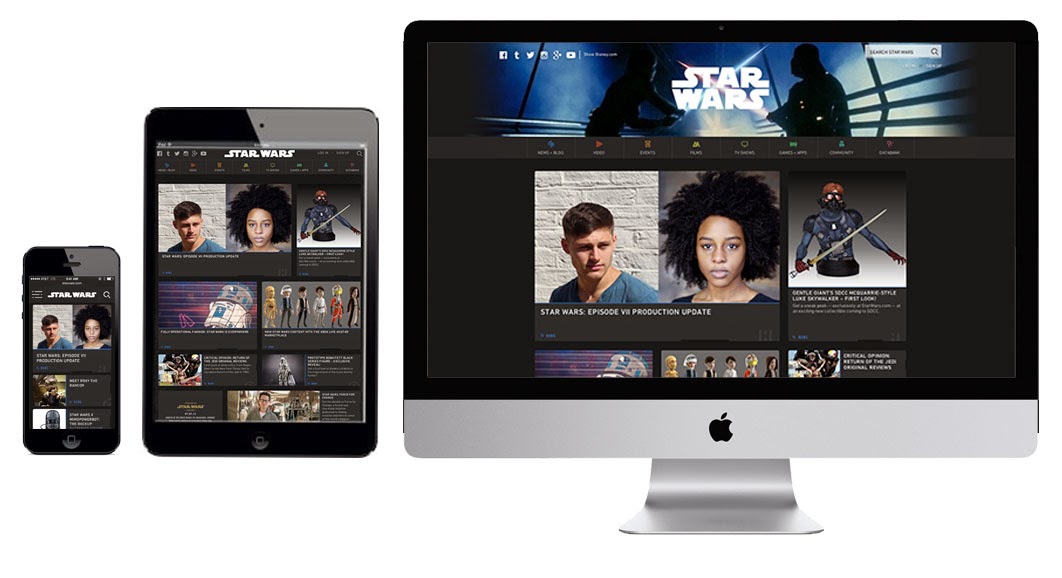