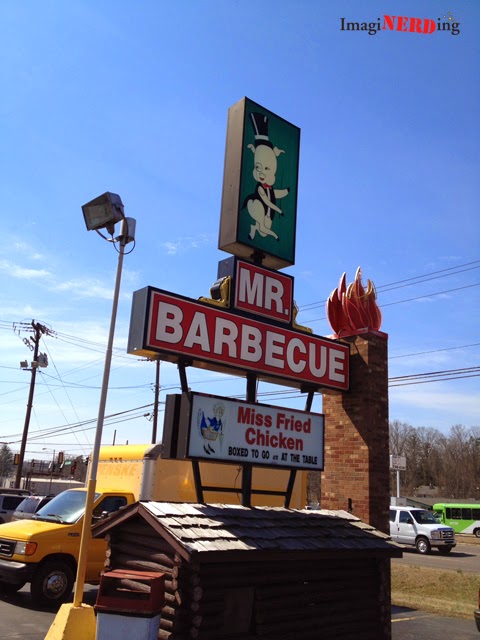 I know, there’s no obvious Disney connection and there won’t be. Just wanted to highlight some things that are closer to home, so to speak, and I’ll be using the In My Backyard tag. So, if you do find yourself near the Piedmont, Triad area of North Carolina, give me a shout out and maybe we can have a Disney meetup.

After almost 30 years, we decided to try Mr. Barbecue in Winston-Salem. This local eatery has been in business since 1962. The restaurant is actually called Mr. Barbecue and Miss Fried Chicken and there are always cars parked out front. Honestly, I’ve never stopped by simply because we’re always heading somewhere else. With the fifteen year-old’s growing obsession with pulled pork barbecue, I wanted to try it out. 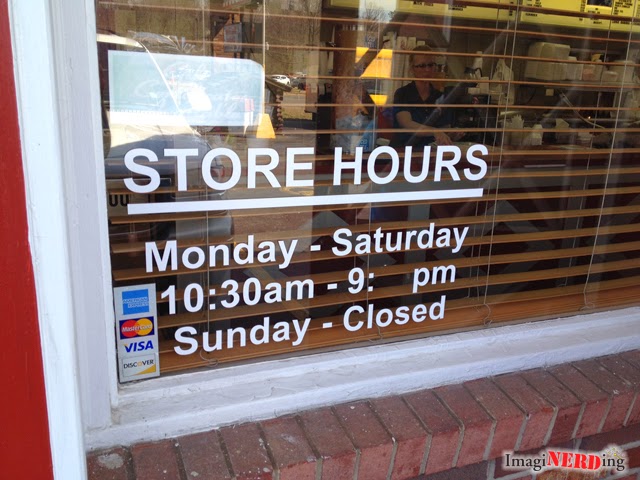 There’s ample parking that should more than cover the inside seating. I imagine that if the parking lot is full, your best option is takeout. You know it’s going to be good if you can smell the barbecue smoke from the parking lot. 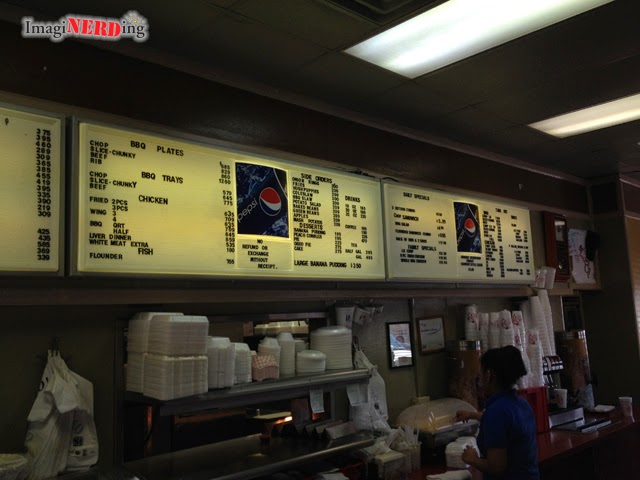 You order at the counter which is soon as you enter the door. During peak times, especially during our Saturday lunch, there was a small crowd of people waiting by the doors to order. The menu is pretty simple; you can use the order board of a paper menu. Once you place your order, it’s called into the back and you pay. The cashier advised my family to sit at a booth while I waited for the food which came relatively quick. My wife and youngest son ordered a hot dog (with chili and cheese) and a cheeseburger, respectively. It did take longer for their food to be prepared. 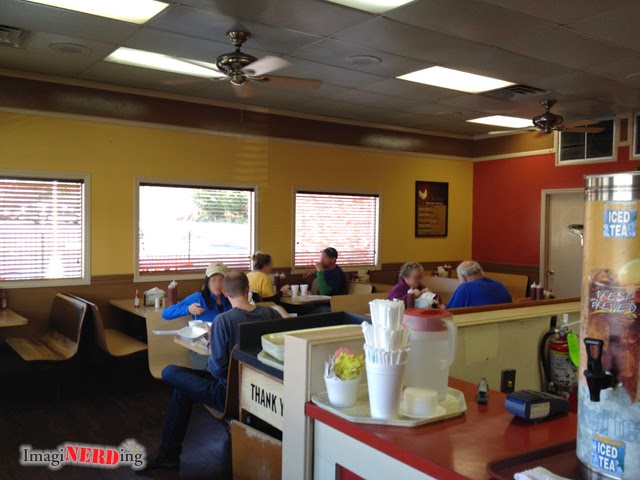 There are two seating areas (not including the outdoor dining) and it felt like Mr. Barbeque could hold about 60 people. There are booths and tables with a mixture of two- and four-people seating. It seemed like the restaurant had been updated within the past ten years.

I ordered the chopped plate (usually, I will get the tray since it’s less food and more manageable) which comes with BBQ slaw, fries and hushpuppies. I substituted green beans for fries. When my ordered was ready, I noticed that I was missing the barbecue slaw and I had fries. The hostess was very apologetic and ordered slaw for me immediately. It was ready very quickly and she didn’t charge me for the accident. 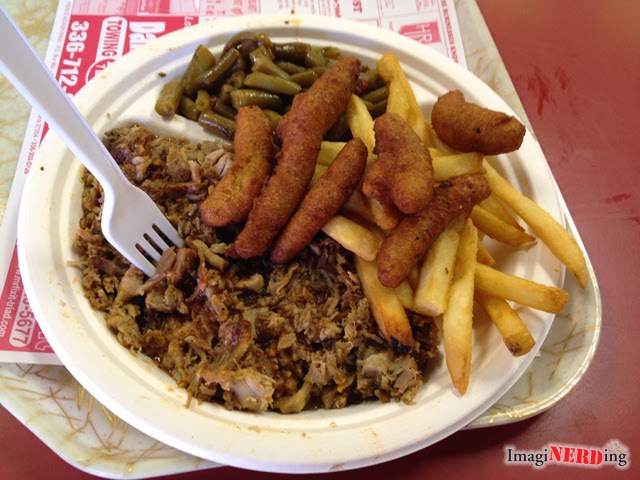 It’s a bit browner than I’m used to for Lexington Style (I’m also very partial to Eastern Style) so I was a little apprehensive at first. Sadly, my wife dug into mine before I had a chance and she proclaimed that it was spectacular. It was a bit sweeter than expected, but it was very moist and the pork separated very easily. I’m assuming they use molasses or a brown sugar, but I’m not sure. I was extremely impressed with the sauce since it wasn’t as spicy as normal Lexington Style. It was a great alternative to standard barbecue that you see in the Piedmont and the taste was more than enough to bring me back for more. 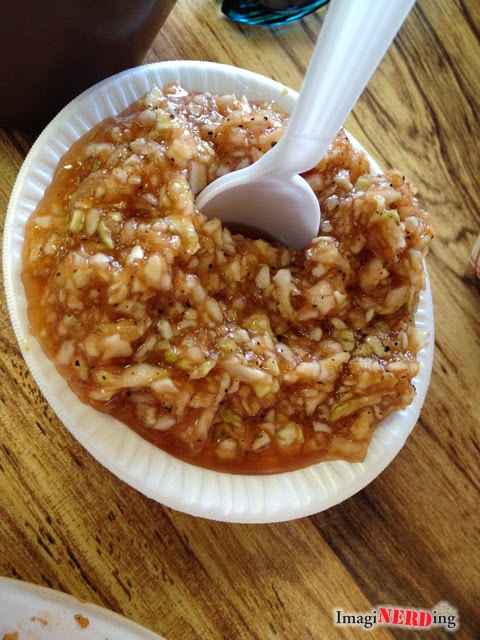 The hushpuppies were a pleasant surprise. They were well-breaded and had a touch of sweetness. The barbecue slaw was another great addition. Growing up in Ohio, I never had pulled pork or barbecue slaw until I moved down here as a teen. I’d had regular cole slaw and I’ve loved the barbecue slaw the moment I first tasted it. 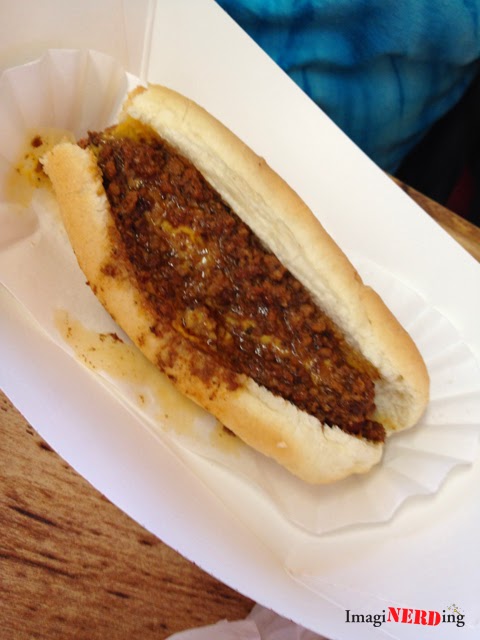 I included a shot of the chili and cheese hot dog that my wife ordered. She gave the chili two thumbs up. It had a little bit of spice to it and had a great overall taste. Not quite Skyline chili, but a close second for North Carolina. 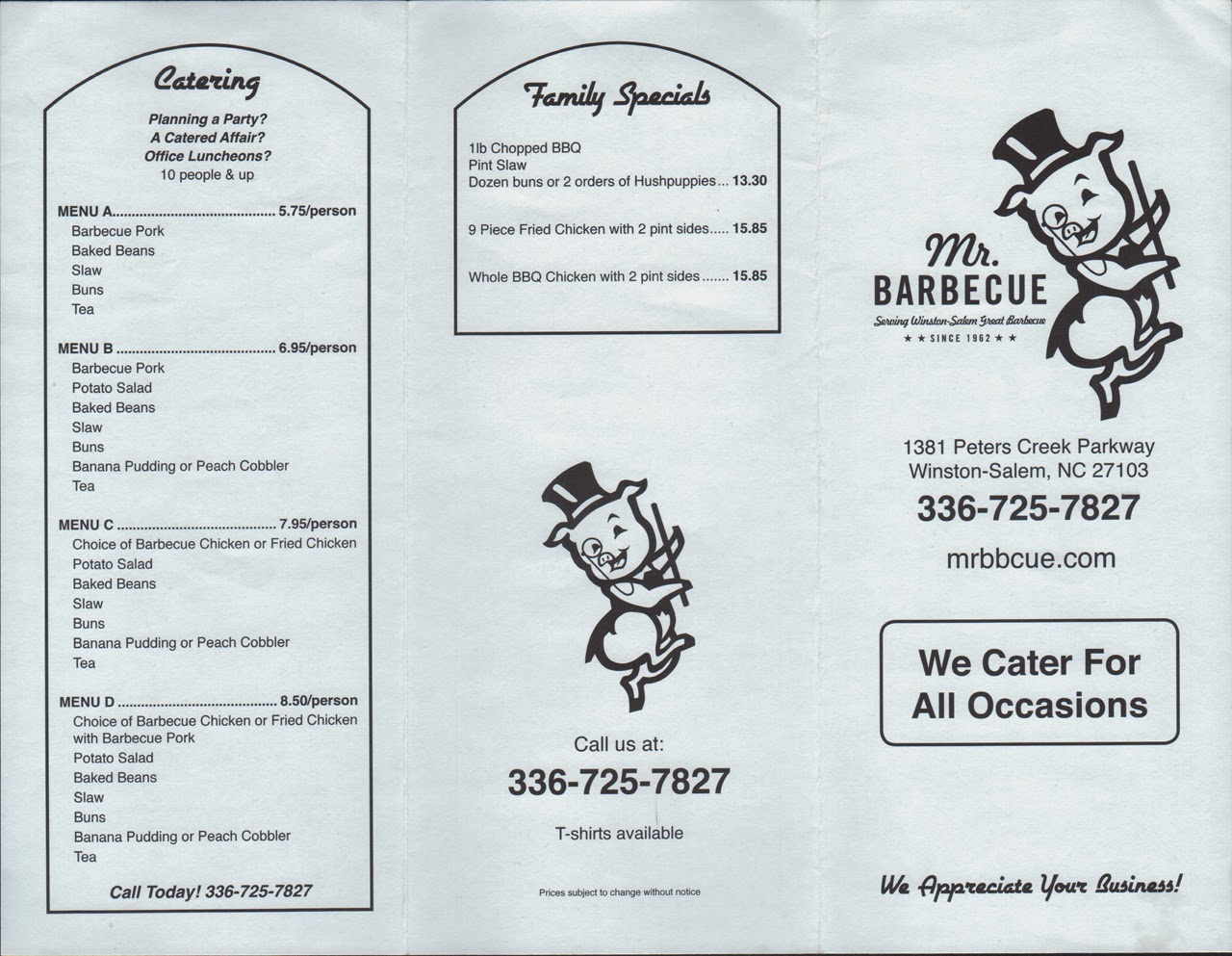 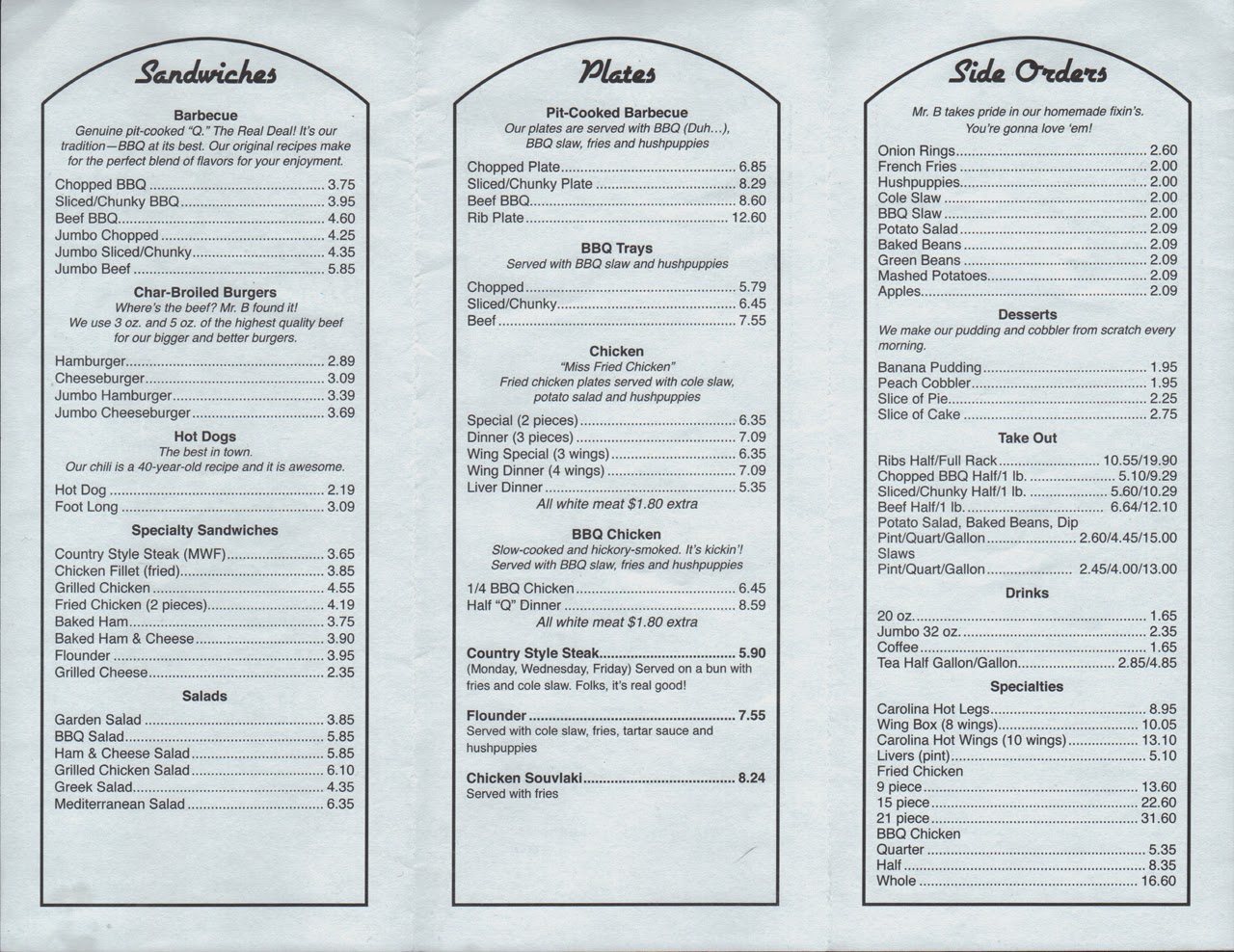