Skip to content
Destination D: Attraction Rewind
DATE CHANGE
I posted a press release from February about an amazing event happening at Walt Disney World this summer. Shortly after the release, D23 announced a date change.
I attended the last Destination D that celebrated the 40th Anniversary of Walt Disney World and it was not to be missed. I have a feeling this one will be just as spectacular.
Are you planning on going? 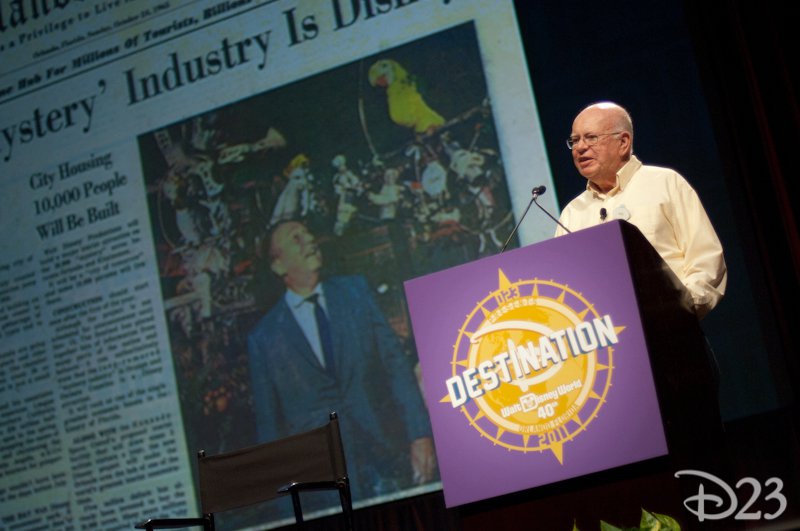 Today D23: The Official Disney Fan Club announced the date of Destination D: Attraction Rewind presented by H2O plus at Walt Disney World Resort will shift to November 22 and 23. Check-in and exclusive shopping opportunities will begin on Friday, November 21.
In addition to this news, D23 is thrilled to announce Disney Legends Marty Sklar, Bob Gurr and other popular Disney Legends who worked on the Walt Disney shows for the New York World’s Fair will be taking part in the event this fall.
Additional ticketing information—including discounted hotel and park ticket rates for guests attending the event—will be posted later this spring on D23.com.
About Destination D: Attraction Rewind presented by H2O plus:
Walt Disney once said, “Disneyland will never be completed. It will continue to grow as long as there is imagination left in the world.” It’s in that spirit that guests this fall will have the opportunity to visit—or revisit—some of the most beloved Disney attractions and entertainment of yesteryear. Destination D: Attraction Rewind, November 22 and 23 at Walt Disney World Resort, will bring Disney archivists, Imagineers, Legends, and luminaries together to celebrate fan favorites such as Adventure Thru Inner Space, If You Had Wings, and 20,000 Leagues Under the Sea with rarely seen concept art and images; vintage video clips; and revealing stories. In addition, several presentations will be dedicated to the 1964–65 New York World’s Fair, which spawned beloved attractions like it’s a small world and Carousel of Progress.
All D23 events, dates, and talent are subject to change.