From the beginnings of Disneyland, you had to purchase tickets in order to experience an attraction (some attractions were sponsored by corporations and were free, like Adventures Through Inner Space). The seminal term for an amazing experience, an E-Ticket, was coined based on the 1959 additions to Disneyland. When the Magic Kingdom opened in 1971, tickets were used as well. It wasn’t until the late 1970s, when Disney experimented with a multi-day passport and eventually shuttered the ticket system when EPCOT Center opened. One of the reasons was that every attraction that debuted at EPCOT Center was considered an E-Ticket.

At the Magic Kingdom at Walt Disney World, we’re down to one free-standing ticket booth. The previous one was located outside of The Many Adventures of Winnie the Pooh but was removed when the tree from Pooh’s Playful Spot was relocated to directly in front of the Pooh show building. The last ticket booth is currently being used as a Disney Vacation Club information kiosk. I have had a question about a remaining booth that was in or near the Yankee Trader. Any thoughts? 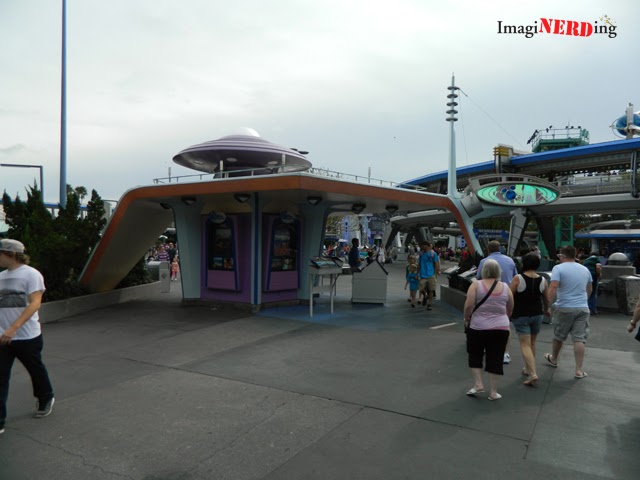 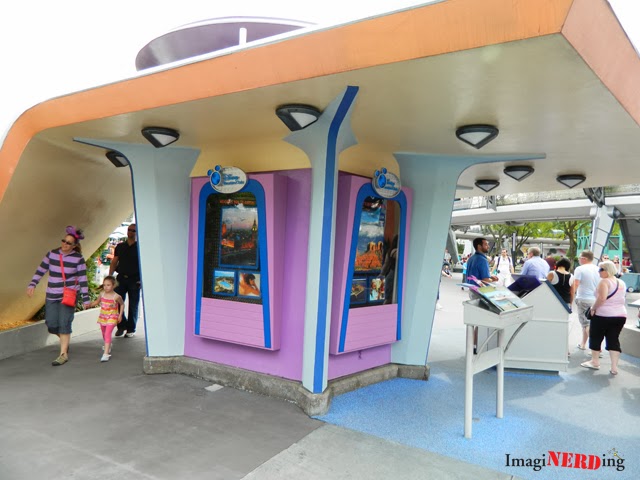 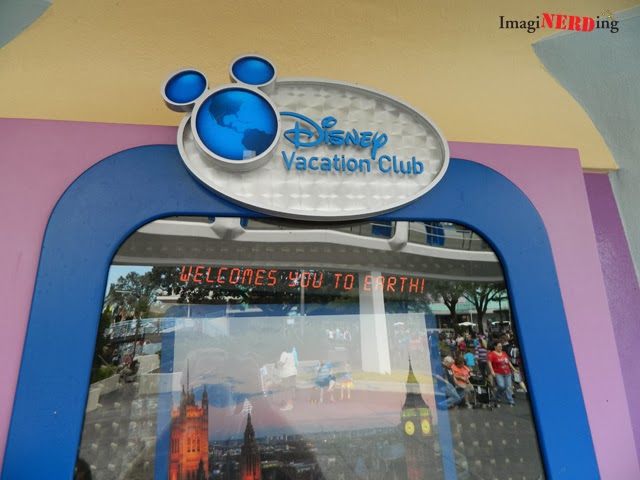 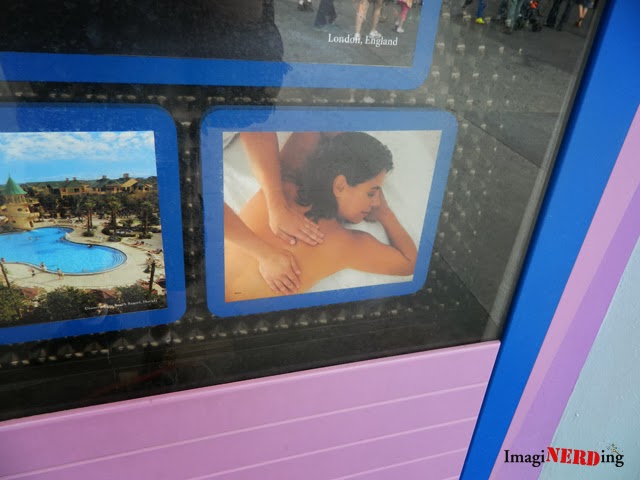 Fitting with the inter-galactic theme of Tomorrowland, Disney Vacation Club welcomes visitors to earth with a few choice images. Including one the local population being stabilized, apparently.
I’ll end with a few random shots. 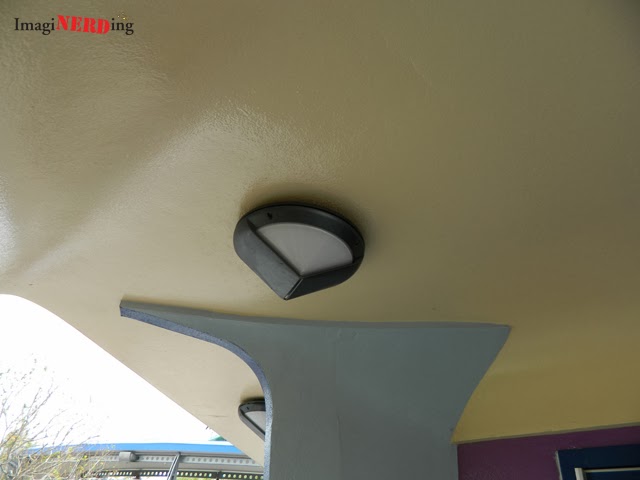 How often have you walked past this piece of Magic Kingdom history?

Looking for a great title on the first 25 years of Walt Disney world? Check out Jeff Kurtti’s Since the World Began.

One thought on “The Last Standing Magic Kingdom Ticket Booth”