I wanted to help spread the news about the amazing events taking place during the Mice Chat Anniversary Celebration (February 7, 8, and 9, 2014). There are going to be some amazing programs, meet ups, games and a chance to meet Jeff Heimbuch!

Check out some of the links and if you’re going to be in the Southern California area, make sure to be there. They’ve really pulled out all of the stops on this one.

DON’T MISS OUT: MiceChat Anniversary
February 7th through 9th – at the Disneyland Resort!

ALL Proceeds from your ticket will go toward saving the home Walt Disney was born in!
Journey back with us to the year 1901. William McKinley was President of the United States, Major League Baseball had just been formed, and a man named Walt Disney was born in a small house in Chicago Illinois. The modest family home on the corner of Tripp Avenue and Palmer Street was designed and built by Flora and Elias Disney, Walt and Roy Disney’s mother and father. Both Walt and Roy were born in this home and lived there until Walt was four and Roy was twelve years old.

We have already lost too many buildings that were an incredibly important part of Disney history.

Join the folks at the Save Walt Disney’s Birthplace project as we explore Walt’s early history and discover how we can preserve the home where he was born! We guarantee you’ll be wowed and entertained and leave satisfied that you are doing something very important.

Space is strictly limited to 70 guests for this FABULOUS event.

PURCHASE YOUR TICKETS FOR AN EVENING WITH WALT DISNEY HERE

Celebrated Imagineer, Tim Delaney, will lead a fascinating presentation about the building of the most beautiful Magic Kingdom of them all, Disneyland Paris. Learn about the challenges, creative opportunities, and wonderful stories that make this park so unique in the universe of Disney theme parks. This will be a breakfast event at the ESPN Zone (bacon, bacon, bacon) with a 90 minute audio/visual presentation and an opportunity to meet a true creative genius. Event is limited to 125 guests and will sell out quickly. 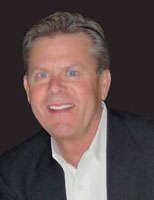 Tim Delaney’s 34 years at Walt Disney Imagineering included 19 years as a creative director and Vice President of Design. He has been instrumental in all phases of design from initial concept through design development, corporate sponsorship, project production and onsite construction supervision through completion. As a designer, illustrator, painter, creative director, producer and art director, Delaney has lead teams that have designed and constructed over $1.2 billion of Disney Parks and attractions worldwide, including Anaheim, Orlando, Paris and Hong Kong.Tim has been awarded the 2002 Ray Bradbury Award for Lifetime of Creative Excellence. He was the subject of the popular BBC documentary ”Shoot the Moon.” And, in, 1995 he was awarded the Themed Entertainment Association award for best attraction for Space Mountain at Disneyland Paris.

PURCHASE YOUR TICKETS FOR THE BUILDING THE DREAM BREAKFAST HERE

Put your Disney skills to the test as Fishbulb presents one of his famous eye spy/scavenger hunt events. This two hour event will be free to enter (you’ll just need park admission). There will be fun prizes sponsored by Fairy Godmother Travel and this is always a great way to meet fellow MicePals and have a great time in the park.

Meet Jeff Heimbuch and learn more about the epic Communicore Weekly Musical project. This event will be presented in the same location as the Game Show. Two great events, one great location. SIGN UP FOR INFO HERE

The game show has become a MiceChat anniversary tradition. Why? Because Monorail Man isn’t just a Disney nerd but a game show nerd as well. And what excuse do we need to have a good time and win prizes? The show lasts for about an hour and prizes will be given throughout.SIGN UP FOR INFO HERE
SUNDAY FEBRUARY 9th MiceChat/MiceAge Classic Sunday in Disneyland

It’s a MiceChat tradition that’s not to be missed. All are welcome to join us for as much or as little of this day of magic as they’d like. All events, except for the Evening with Walt Disney and the Breakfast with Tim Delaney, are free (you just need theme park admission).

Add your email address below to be notified when the final event schedule with dates/times/locations of all of the above listed activities is available.
SIGN UP FOR INFO HERE