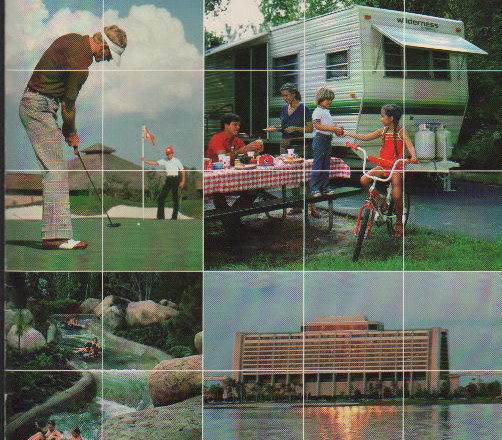 I ran across a 1984 Walt Disney Travel Company package. I’m always interested in how Disney promoted themselves before Eisner and this package was a gem.

The cover of the vacation package folder was pretty interesting because it highlighted 14 different aspects of a Walt Disney World vacation.

Right off the bat, the font choice for the cover is a more futuristic and EPCOT Center related. 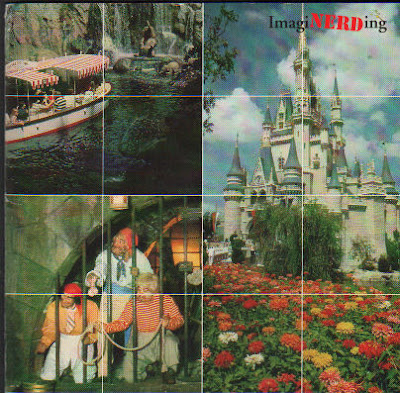 The first box has three quadrants, all related to the Magic Kingdom. 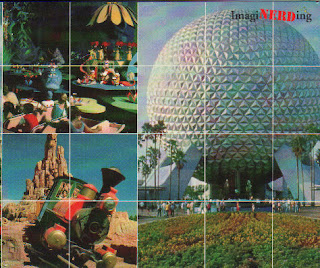 The second set has three images. 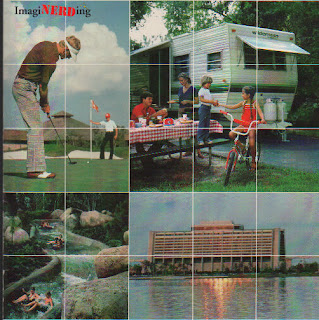 The third set has four images and does not have a park icon (of course, there were only two parks at the time). 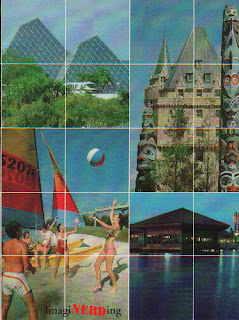 The fourth image includes three photos.
So, what do you think about how Disney promoted the Vacation Kingdom of the World back in the 1970s and 1980s?
Don’t forget to stop by our site and leave some Disney Geek love!