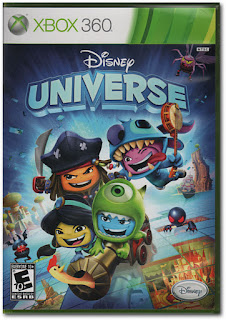 We received a preview copy of Disney’s Universe for the Xbox 360. I played the game with my eight year-old son and it was a blast. It reminded me a lot of Super Mario titles with cooperative play and coin collecting. The costumes were very cute and the levels, all based on Disney films, were inventive and charming. The co-op play was a little frenetic and we had to really cooperate in order to defeat the enemies, solve the puzzles and keep grabbing coins. I asked my gaming partner to write this review. These are his words;, I only typed them. 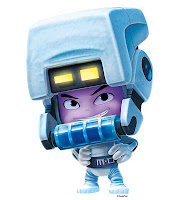 You’re supposed to defeat levels and get costumes. It is really fun. I liked the TRON suit the best. You are supposed to do the objectives. They pop up on the screen so you know what to do. You had to build cannons in some levels and move the fire around. For instance, you use the cannon to shoot the bridge pieces and make them fall down so you can go across. When you do all the objectives, the exit shows up and you have to go through it to win the level. You have to collect all the Mickey coins. You buy worlds and things with the Mickey coins. By the way, the worlds cost 2000 Mickey coins. You have to defeat all three levels in a world to get enough money to buy the next world.

Hint: Always use keys to open the chest. A star pops out which levels up your character and your weapon.

I think that kids that like to play video games will like this game. Disney Universe is like Super Mario Galaxy and Super Mario Galaxy 2. I played the Pirates of the Caribbean level, Monsters INC, Wall-E levels. I can’t wait to play more. 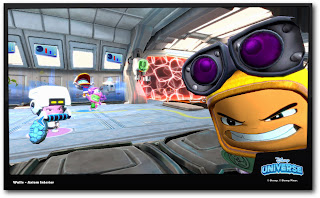