The following are a sample of a few jobs from the first year of Walt Disney World’s history. The February, 1972, Eyes & Ears showcases four different positions at the Vacation Kingdom of the World. Surprisingly, two of the jobs dealt with the advanced technologies that the Company was eager showcase on its march to EPCOT Center. Which job would you choose? 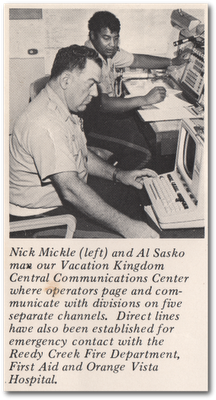 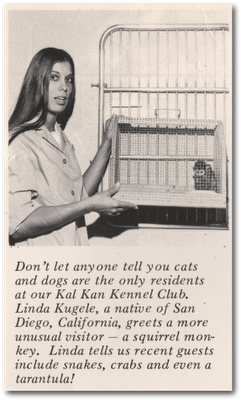 Don’t let anyone tell you cats and dogs are the only residents at our Kal Kan Kennel Club. Linda Kugele, a native of San Diego, California, greets a more unusual visitor—a squirrel monkey. Linda tells us recent guests include snakes, crabs, and even a tarantula! 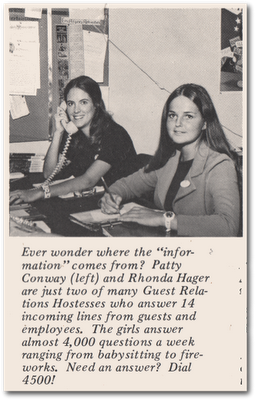 Ever wonder where the “information” comes from? Patty Conway (left) and Rhonda Hager are just two of many guest relations Hostesses who answer 14 incoming lines from guests and employees. The girls answer almost 4,000 questions a week ranging from babysitting to fireworks. Need an answer? Dial 4500! 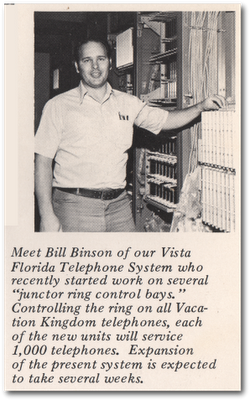 Meet Bill Binson of our Vista Florida Telephone System who recently started work on several “junctor ring control bays.” Controlling the ring on all Vacation Kingdom telephones, each of the new units will service 1,000 telephones. Expansion of the present system is expected to take several weeks.