The author of Walt Before Mickey, Timothy Susanin, contacted me after I posted my review of his seminal work on Walt’s early career. I was interested in how he was able to complete such a thorough job of researching Walt’s early life and Tim agreed to answer a few questions. 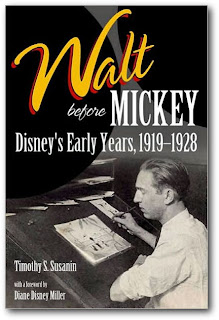 One thought on “Questions With the Author: Timothy Susanin”