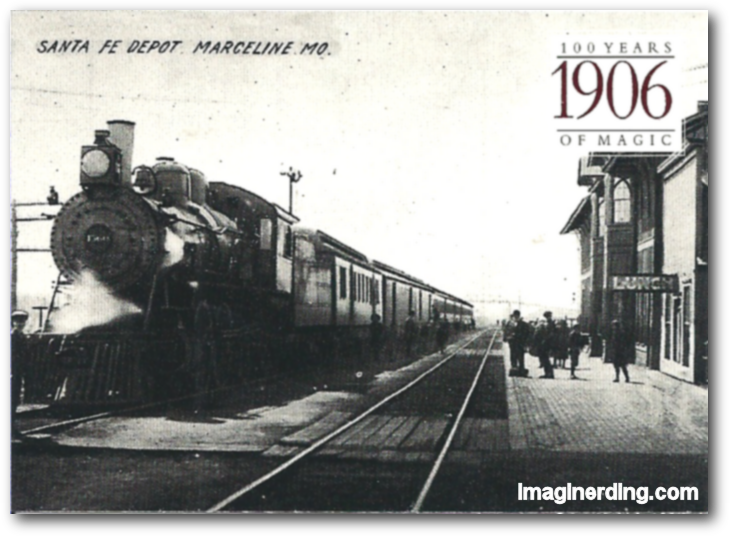 In 1906, when Walt was five, the Disneys decided to get away from Chicago and move to a more family friendly setting…a farmhouse near Marceline, Missouri. The small town, which was bordered by the Santa Fe Railroad, proved to be perfect for Walt. He instantly adapted to his new rural environment and found that he loved nature and animals, two themes which later became an important element in his films.

1906 – Theodore Roosevelt wins the Nobel Peace Prize for his rule in negotiating an endl to the Russo-Japanese War.