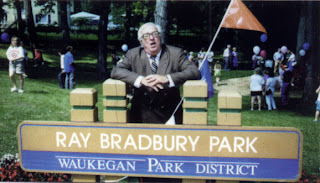 I think it goes without saying that I am as critical as you people are of many facets of American life. Lord knows I’ve raised my voice often enough. But when someone like Julian Halevy equates Disneyland and Las Vegas (The Nation, June 7), I begin to doubt his or my sanity.

Not that I haven’t met his type before. The world is full of people who, for intellectual reasons, steadfastly refuse to let go and enjoy themselves. Mr. Halevy damns himself immediately when he states he is glad he didn’t take a child with him to Disneyland. I did better than take a child; my first visit, I accompanied one of the great theatrical and creative minds of our time, Charles Laughton. I’ve never had such a day full of zest and good humor. Mr. Laughton is no easy mark; he has a gimlet eye and a searching mind. Yet he saw, and I found, vast reserves of imagination before untapped in our country.

I admit I approached Disneyland with many intellectual reservations, myself, but these have been banished in my seven visits. Disney makes mistakes; what artist doesn’t? But when he flies, he really flies. I shall be indebted to him for a lifetime for his ability to let me fly over midnight London looking down on that fabulous city, in his Peter Pan ride. The Jungle Boat ride, too, is an experience of true delight and wonder. I could go on, but why bother?

I have a sneaking suspicion, after all is said and done, that Mr. Halevy truly loved Disneyland but is not man enough, or child enough, to admit it. I feel sorry for him. He will never travel in space, he will never touch the stars.
-Ray Bradbury
Letters to the Editor, The Nation, June 28, 1958.

I love seeing someone so well known and respected taking the same viewpoint as you and me. Regardless of our stature in life, Disney represents the same thing for all of us–a chance to interpret the movies, the parks, the songs, the art, in whatever way that makes us happy. Whether you wrote Fahrenheit 451 or you enjoyed 451 Dole Whips on your last trip, your imagination is only limited by your intellectual reason. Take Carl Sagan for example, whom many would consider a supreme intellectual, when he said:

Imagination will often carry us to worlds that never were. But without it we go nowhere.