I love the Haunted Mansion.

Actually, that is an understatement. It is an attraction that I have studied, read about and discussed in detail with various Mansion enthusiasts all over the world.

I am obsessed with the haunted Mansion. That’s the first step, right? 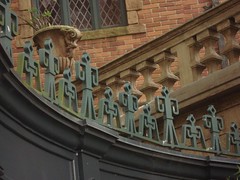 Check out the details in the photo to the left.

Is it a person? What is the other object?

I thought it was a marvelous detail, but didn’t pay it enough attention until I got home from a trip in 2007 and was looking through my photos

There are so many myths and legends about the Haunted Mansion that are fan-based and, ultimately, prove to be untrue or not meant to be what was assumed. In this case, I knew it was a detail that was put in place by the Imagineers and I wanted to lean more about it.

After doing some searching in 2007, I came across HauntedPortraits.com. On the blueprints page, I ran across an architectural detail for the Liberty Square Haunted Mansion Cresting Detail on the Colonnade. 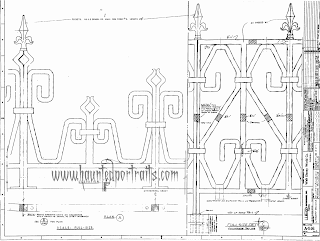 Another great example of how far the Imagineers were willing to go to make it perfect.

Have a lot of spare time and want to impress us? Do this and send us the pictures.