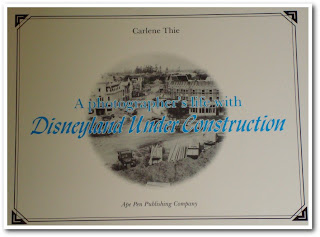 A Photographers Life with Disneyland Under Construction by Carlene Thie. 70 pages. 2002.

This book is a wonderful addition to any Disneyland enthusiast’s collection. It is volume one of a three book series of photographs taken by Mell Kilpatrick. Mell was the chief photographer of the Santa Ana Register until his passing in 1962. His granddaughter, Carlene Thie, was given all of Mell’s photos and negatives by her grandmother, Mell’s widow. Carlene has published 5 books altogether and sells prints of the photos through the Ape Pen Publishing site.

Mell had the unique opportunity to be able to photograph Disneyland during the first year of construction.

Mell worked relentlessly to capture on film Walt Disney’s dream. He climbed atop scaffolding, crawled into tunnels, even hung out of a light plane 5,000 feet above Disneyland to snap the perfect shot. Like any momentous project, Disneyland under construction was sometimes chaotic and many of the features, such as a darkroom, were low priority. When Mell found out that Walt needed a local place to develop staff photos, he opened his darkroom to official Disney photographers. The park’s first images were developed in Mell’s Santa Ana darkroom.

Walt often called Mell to photograph special days during construction, as well as granting him unlimited access to Disneyland. Along with dozens of the nation’s photographers, Mell was invited to Disneyland’s press premiere on July 17, 1955, as well as Disneyland’s golden opening day, July 18, 1955. History buff that he was, Mell saved every piece of memorabilia from that day, including the official Disneyland Press Kit. —Ape Pen Publishing Website.

Disneyland Under Construction is a 70-page volume with more than 60 black and white photographs. Each photo is captioned with an accompanying date. The minimal text included shares facts and figures about opening day, July 17, 1955–like attractions (number of boats on the Jungle Cruise, number of pack mules), shops and restaurants.

The real star of the show is the fabulous photography: 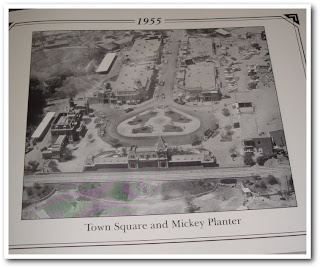 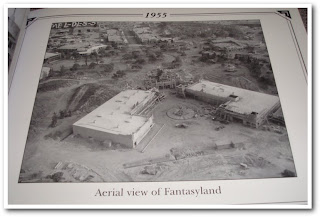 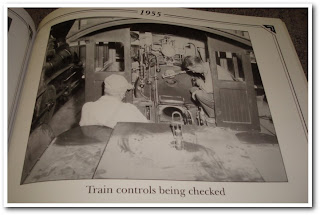 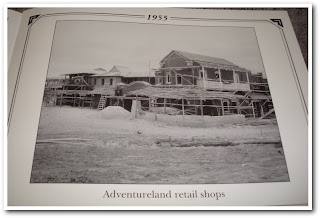 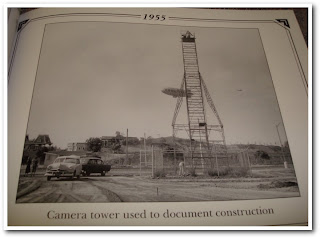 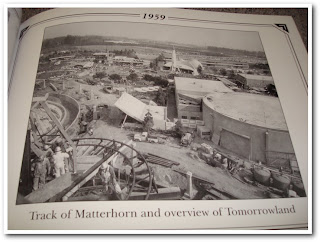 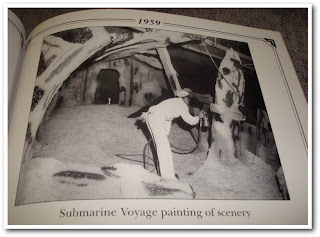 The black and white photography is very clear and lends itself well to the time period. When you peruse the title, you do feel like you are viewing a family scrapbook–many of the shots are candid and lack a publicist’s eye. The photographs are wonderful and you are presented with views that you don’t often see: half-built attractions, footprints of buildings we’ve come to love and pictures from angles that will make you scratch your head. A majority of the photos are pre-opening. There are also several behind-the-scenes shots, as well. My favorites are the aerial shots and the familiar scenes under construction. One can only imagine what thoughts were going through Mell’s head as he walked the unfinished park and snapped images most of us can only dream of seeing.
If you are a Disneyland fan, then you need to own this book.