I took many more cell phone pictures than I tweeted on this day. It was our first full day at a park and I wanted some good family time. And who wants to bury their nose in a phone all day when you are at Walt Disney World!

For those of you not following me on Twitter, you missed my sensational, live tweets from Walt Disney World during our family vacation (we were there March 26 – April 1). The crowds were moderately heavy and I am so glad that I had the Touring Plans app on my Android phone. 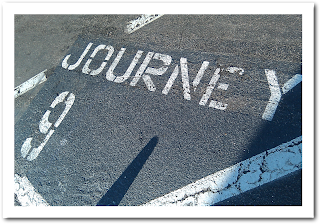 I always take a snapshot of the row where we parked. Obviously, today is an Epcot day! 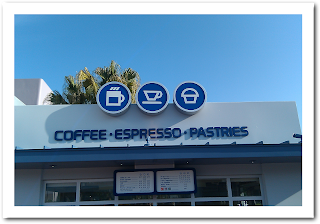 I love coffee from the future! 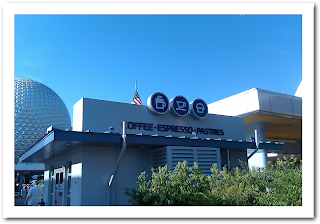 Look! It’s the backside of coffee from the future. 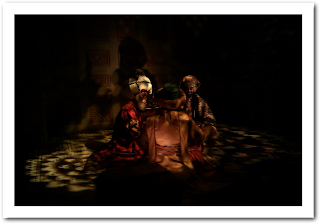 It is always difficult to get shots on Spaceship Earth, especially with a cell phone camera. Luck must have been on my side. 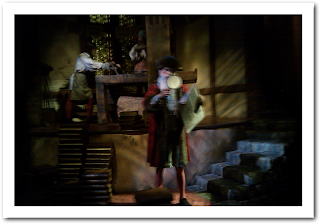 Looking a little blurry, there Gutenberg. He must have invented the moveable photo! 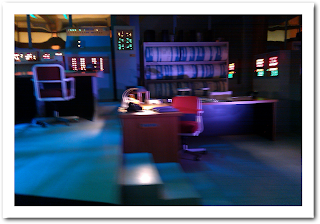 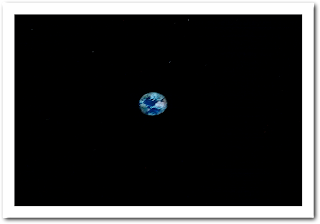 Attention travelers! Please remain seatted. Your vehicle is rotating backwards for your return to Earth. 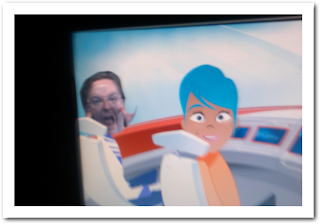 For some reason, my future turned out pretty angry. 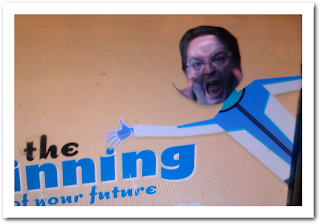 Those are my thumbs, people. 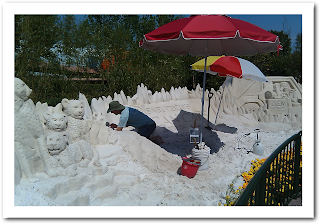 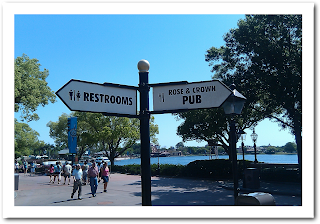 The question begged was which one to do first. 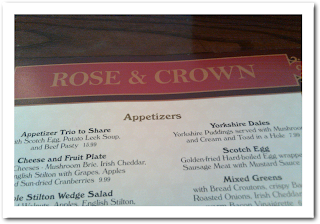 A quick tweet to AJ at the Disney Food Blog to get some real-time dining advice! And no, I did not get the Scotch Egg. 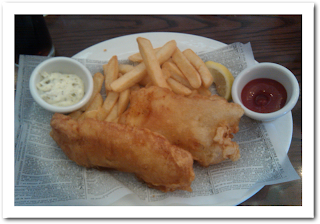 Standard fair at the Rose and Crown! 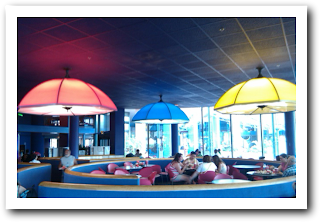 And now you know why it is called the Electric Umbrella! (The kids loved the chicken strips here.) 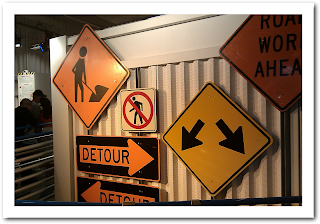 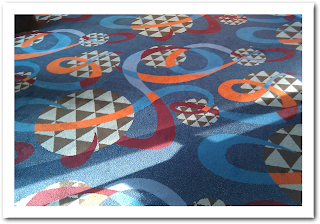 Can anyone guess where this carpet is from? 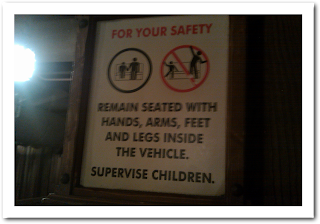 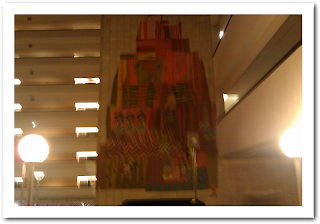 A blurry picture of the Mary Blair mural at the Contemporary. It was late; my cell phone was tired. 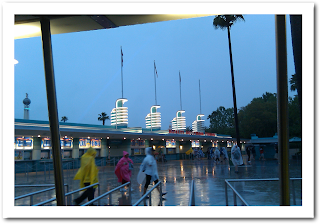 A bonus picture for today. This was actually the afternoon of the third day. We had torrential rain that day and my twelve year-old stayed in while Andrew and I took our seven and eight year-olds to the Disney Studios. As I tweeted, “A rainy day at the Disney Studios is better than a dry day at home!” Since we were running around with two kids and a bunch of ponchos, we didn’t take many shots.