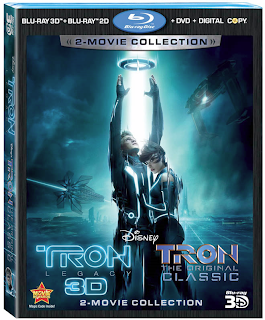 We rarely see non-animated films in the theater, mainly due to the prohibitive costs associated with taking a family of four to our local multiplex.I was fortunate to see Tron Legacy in 3D during its initial release with a friend and we both enjoyed the film. What surprised me is how much I enjoyed watching our preview copy at home on Blu-ray. Not wanting to sound like a broken Identity Disc, but animated and sci-fi films are mesmerizing on Blu-ray.

This was a fantastic film and a great addition to the Tron story. There isn’t much I can say about the storyline without dropping spoilers, but suffice it to say, it was wonderful to see and hear the updated Tron universe. My boys and my wife enjoyed the experience and we watched Tron Legacy first, since it is a little faster paced than the original film. When we started watching the original Tron, the boys were spellbound and excited to see how it all started. My youngest, though, did get in trouble for proclaiming that the movie was really old. He said it was about 40 years old. 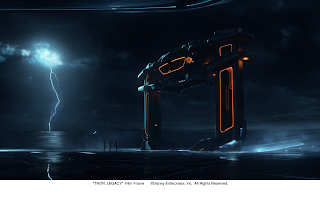 Getting On the Grid–The Extras

It is easy to draw similarities between Tron: Legacy and The Matrix. It is also easy to see how The Matrix was influenced by the original Tron. Almost like a vicious Light Cycle! Regardless, Tron: Legacy is a great family/action film. It wasn’t until the second viewing that I realized how pervasive the ties between father and son are in this film.

So, grab some popcorn and settle in for a visual treat with Tron: Legacy.