We continue our Celebrating 40 Years of Walt Disney World series with this post from Andrew. After a forced hiatus where he spent time lining up his four children and getting them to sing it’s a small world over and over, he returns with an often overlooked detail at the Hollywood Studios. What’s next for Andrew’s kids? He mentioned something about a homemade version of Toy Story Mania with nerf guns and cream pies. Those poor kids…

Also, a special thanks to Celeste for creating our more humorous logo.


Take it away, Andrew!

In a previous Daily Figment, we discussed the IBSAD window on Sunset Boulevard in Disney’s Hollywood Studios. Today, we are proud to induct the second member into this esteemed international brotherhood. The second greatest Second Assistant Director of all time is…..

Admittedly, Mr. Schwartz’s SAD credits are geared towards a newer Disney audience than our first inductee, however he has a nice list of Disney related credits. Some of his work includes: 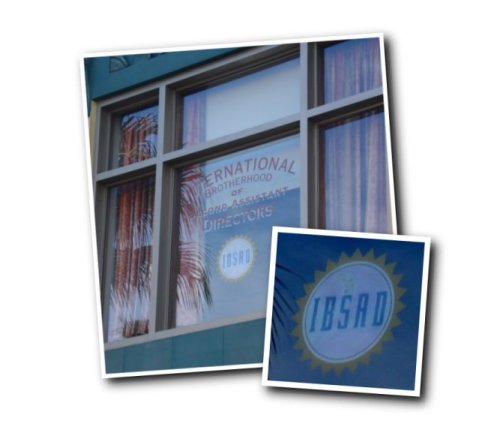 Next time you are strolling down Sunset Boulevard in Hollywood Studios, look up at the window and pay homage to Jeffrey.

And as always, may the Schwartz be with you…

October 2011 marks the 40th anniversary of the opening of the Walt Disney World Resort in Orlando, Florida. The Vacation Kingdom has seen a lot of changes over the past four decades and the editorial staff at Imaginerding wants to celebrate the unique and rich history of the resort with a series of posts. A very special thanks to Celeste Cronrath for designing the series of logos for our posts. Make sure to follow her on Twitter.