It is interesting to see how and when Disney decides to change or reinterpret a major character. Does this remind anyone of the modern Minnie that appeared at the same time as TrenD?

From the Summer 1986 Disneyana Collector:

Minnie Mouse, for long “second Whisker” to her friend Mickey, has finally come into her own with a dazzling debut as a women of the 80s and as the musical star of the recently released album, Totally Minnie. 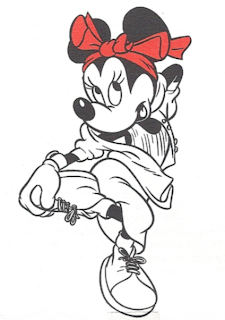 The album, which includes ten fast-paced songs, kicked off a year- long tribute to Minnie that will see her in music videos and in a network television special of her own. She has become involved in promoting a line of contemporary apparel ranging from dresses to oversized sweatshirts, all adorned with her image.


Her own apparel has changed, too. This year the polka dots on her dress may be rhinestones or sequins…or she may be wearing a sporty outfit including tennis shoes to replace the familiar yellow shoes…or she could be wearing a lacy gown, colored beads and net Stockings. 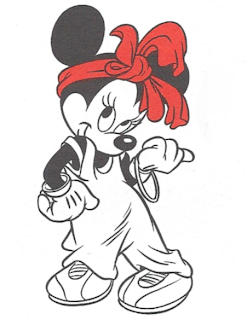 At Disneyland Park Minnie receives recognition as the star of the Totally Minnie Parade, presented daily on Main Street. Using the “Totally Minnie” song from the album, the fun~filled procession depicts the various stages in the creation of Minnie’s first music video.


Minnie’s support in the parade comes from Executive Producer Mickey Mouse and mogel mutt Pluto as the producer. Tigger is the make-up man, Daisy Duck the make-up mistress and the Big Bad Wolf, the music composer. Cinderella, Snow White and Alice are back-up singers with Chip and Dale as sound engineers. Donald Duck is the director with Tweedle Dee and Tweedle Dum handling the boom mike and lighting. 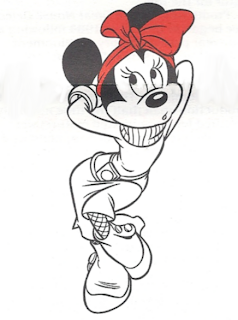 At Walt Disney World Resort, Minnie stars in a 25-minute song-and-­dance revue 5 clays a week at Fantasy Follies. Backing up Minnie in the show are Mickey and many of his friends as well as three head-liners from “Country Bear Jamboree” – Wendell, Shaker and Liver Lips-who make special guest appearances.


Minnie is not new to show business, of course. Since she made her debut, along with Mickey, in Steamboat Willie in 1928, she has appeared in 71 Disney cartoons, most of which were produced in the 1930s. Her latest role was as Mrs. Cratchit in Mickey’s Christmas Carol. Millions have seen her in Disney on Parade and in various Disney ice shows.


Minnìe’s popularity in collectable merchandise has remained strong ever since the early 1930s when plush dolls by Borgfeldt, Steiff, Knickerbocker and Charlotte Clark were first marketed. Many collectors seem to forget that Minnie was on the other end of the now famous Mickey Mouse toy handcar that helped to save Lionel from bankruptcy in 1935. Minnie did not see herself on a watch until 1971 but there have been thousands of Minnie watches produced since then. She’s appeared on a variety of collectibles ranging from figurines and puppets to limited edition plates and Christmas ornaments. 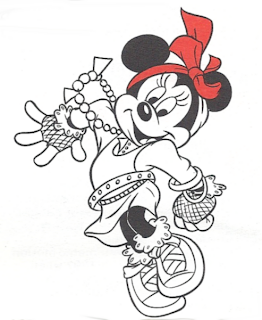 Although Minnie hasn’t completely retired her polka clots, she is proving in 1986 that she’s a woman of many dimensions and high fashion, and deserving of her superstar status. Minnie, of course, is taking it all in stride, as befits a celebrity of her stature.

3 thoughts on “Totally Minnie…Will You Be My Valentine?”