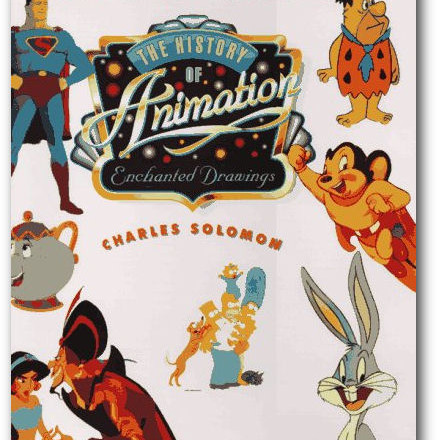 Enchanted Drawings: The History of Animation 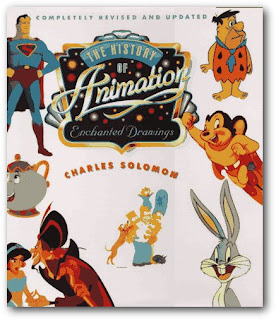 arles Solomon is a well-known name in animation history and criticism circles. He has authored articles for Rolling Stone, Newsweek, the Los Angeles Times, National Public Radio, the New York Times and many other publications. He is also the author of several other well-known Disney and animation-related titles, including: Disney Lost and Found: Exploring the Hidden Artwork from Never-Produced Animation and Tale As Old As Time: The Art and Making of Beauty and the Beast.Enchanted Drawings is a beautiful and well-written tome on animation. And I do mean tome, as the book clocks in at over 350 pages. I would hazard to guess that is could be used in a college course on animation, yet it is clearly written for the layperson. My only contrary comment is that it stops at 1994 and there have been a lot of changes in the past 15 years.

Solomon begins in the late 1600s with Athanasius Kircher and his text on the magic lantern. He details all of the key players over the next few centuries leading up to Winsor McCay and Dinosaur Gertie: Dominique Seraphim, John Henry Pepper, Etienne Gaspard Robert de Liege, Joseph Plateau, Emile Reynaud ,Eadweard Muybridge and so many more. The research and connections that Solomon makes are quite impressive.

The next major section details the Silent Era films created mostly in New York and Los Angeles. A lot of the more famous early studios are examined with references to any surviving prints. The machinations of Raoul  Barre and John Randolph Bray prove that the competition has always been titular. We are introduced to Paul Terry, Disney, Max and Dave Fleischer and Walter Lantz. You will see their names throughout the rest of the book.

Viewing the Table of Contents is fairly enlightening:

Solomon is a true animation historian; like his contemporary, Michael Barrier, he was interviewing and researching animation when it was still considered fodder for children. Leading us along a path, Solomon lays out the history of animation in an easy to understand and narrative-like format. You will be surprised by the abundance of animated films, artists and studios. Solomon also offers many stills, images and photographs that facilitate the histories being told.

As a reference title, this book is unparalleled for discussing the studios, their output and, to a lesser degree, their effect on popular culture. You will find yourself reaching for this book to check for artists, the birth and death of studios and the litany of films. Enchanted Drawings: The History of Animation is a great addition to your library. Especially in a time when many of these animated shorts from the first-half of the 20th century can be found online.