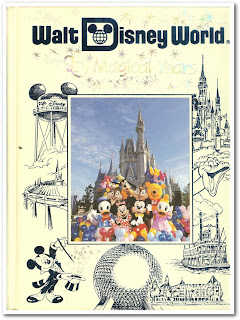 This is a wonderful title for the Walt Disney World fan and enthusiast.

Published to celebrate the first 20 years of Walt Disney World, this book acts as a souvenir guide and vacation pictorial. It follows the same format and concept as Walt Disney World: The First Decade and adds EPCOT, the Disney-MGM Studios, Pleasure Island and the newer hotels. Basically, everything that was built since 1981. 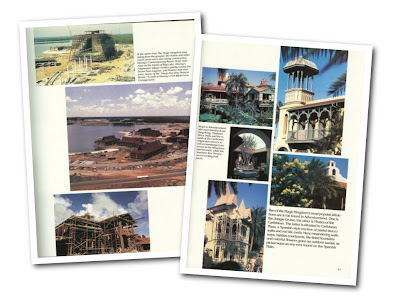 20 Magical Years is more than the standard Disney PR piece; we are on a journey to a time when Walt Disney World was entering the Disney Decade and poised for massive growth. It was a simpler Walt Disney World that was still trying to discover its path after the opening of EPCOT Center and the Disney-MGM Studios. You get to visit each land and each attraction at the Magic Kingdom and EPCOT Center–with clever outside shots and not often seen interior photos. The coverage of the Disney-MGM Studios is sparse, but that is expected. It is obvious from the book that it was still considered a half-day park by the Company. The last section of the book is called The Vacation Kingdom and covers the Magic Kingdom hotels, the Caribbean Beach Resort, Typhoon Lagoon, River Country, Pleasure Island and the Village Marketplace. It is the biggest change from the first decade to the second. The ancillary, or Vacation Kingdom, areas are given much less focus. 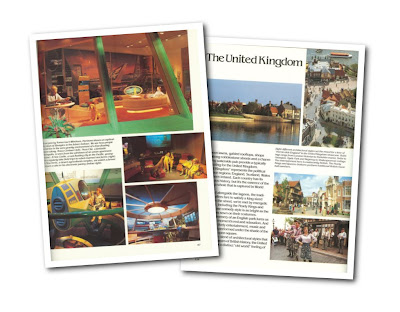 For Disney fans, this book is a fond trip down memory lane. For Disney enthusiasts, it is a historical look at attractions, lands and areas that no longer exist. Horizons, World of Motion, Discovery Island and River County are all included. It is a very fond look back at a vanished Walt Disney World. In many cases, this book is one of the few official resources that we can use to document the history of Walt Disney World. 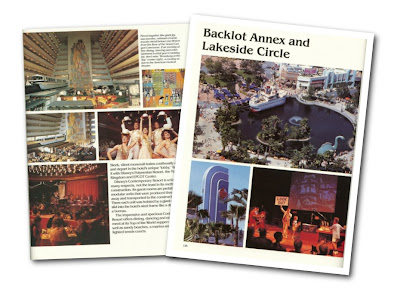 This book is a lot of fun. I use it for research and for taking virtual trips. The photographs, although taken by Disney, are of a different quality than most stand alone publications. There are a lot of construction shots and pictures from different angles. Sometimes the shots can be surprising!

It is very nostalgic and even at the 20-year mark, Disney has made the switch from Vacation Kingdom to the individual theme parks. The emphasis on the total work is the Magic Kingdom and EPCOT as the center of your vacation.

I highly recommend this title–especially since it isn’t a rare book, yet. You will enjoy the walks down memory lane!