for the Nintendo Wii has been getting some serious game play at Imaginerding. In short: it is gorgeous (for the Wii), a lot of fun and sounds fantastic. It is obvious that Warrren Spector and the crew at Junction Point Studios really, really know their Disney history! Besides meeting a lot of older and forgotten Disney characters, you also get a brief and fun history of the characters through various cut-scenes. It is pretty stupendous to be able to play a side-scrolling rendition of Steamboat Willie, the Clock Cleaners and various Oswald shorts! Walking through the Oswald versions of different Disneyland areas is a real treat. My two complaints relate to the camera controls (you will die many, many times) and the lack of spoken dialogue. Beyond that, this game is a dream for Disney geeks, enthusiasts and historians.

Hidden in the Mickey Junk Mountain Zone are a plethora of Mickey Mouse-related collectibles. It is a lot of fun to explore that area; just like in the Parks, keep looking all around!

I ran across two books in the zone. 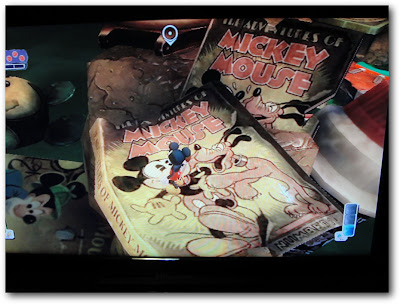 The first one is The Adventures of Mickey Mouse Number 2. It was published in 1932 by David McKay and was 32 pp of comic goodness! 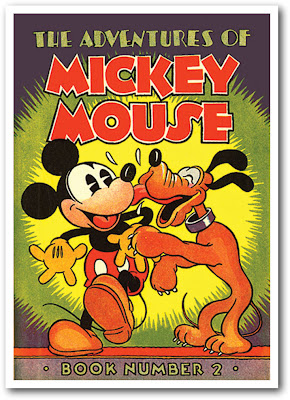 Our next hidden book is The Mickey Mouse Book. This is a 1930 release and is one of the first licensed images of Mickey Mouse. 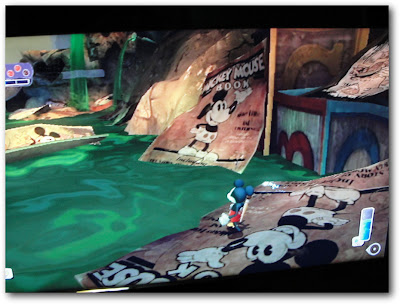 David at Vintage Disney collectibles wrote a wonderful piece about this book:

Bibo and Lang, one of the Studio’s earliest licensees, published the first Disney character book in 1930. The book was titled simply, and fittingly, the Mickey Mouse Book.


While some collectors have assumed Disney animator Ub Iwerks drew the Mickey Mouse image on the book’s front cover, a New York freelance artist named Albert Barbelle may have in fact been the illustrator. Barbelle submitted a bill to the Studio in September 1930 for his work on the book. 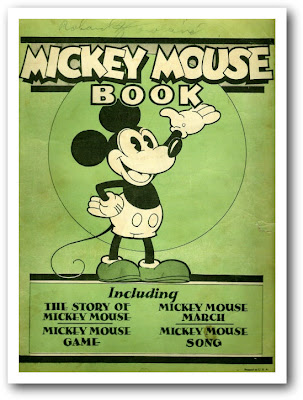 
Copies in the first run were offered almost exclusively to theater managers as a promotional item meant for distribution amongst Mickey Mouse Club members. One Salem Oregon theater ordered 2,500 copies. First run copies contain advertising on the inside front cover, inside back cover, and the bottom edge of the back cover.

David also provides some images of several of the pages. Head on over and check them out!