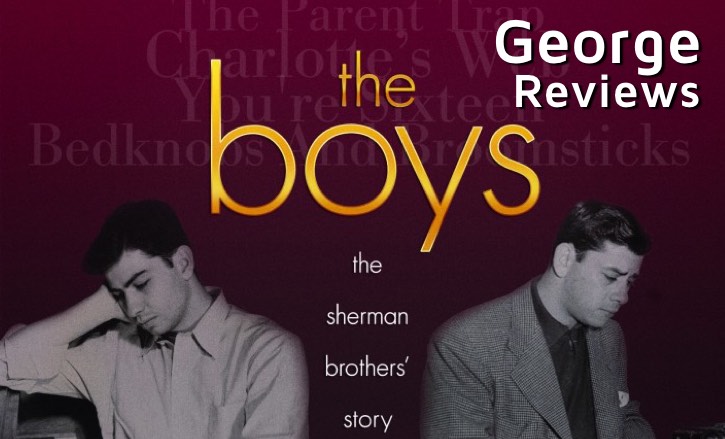 The Boys: the Sherman Brothers’ Story, a DVD Review

The Boys: the Sherman Brothers’ Story was released on DVD in 2010. Did you check out this documentary on the legendary Disney songwriters that composed for films and theme park attractions? 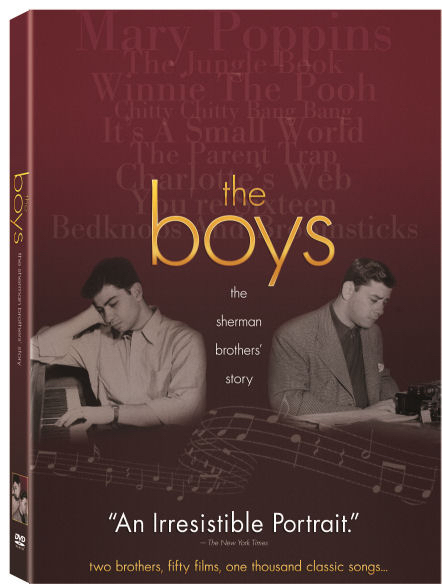 The Sherman Brothers’ litany is unparalleled.

Their affect on popular culture is unmatched.

Mention any of the songs from Mary Poppins

and most people will be able to sing along. (Are you humming A Spoonful of Sugar, yet?) 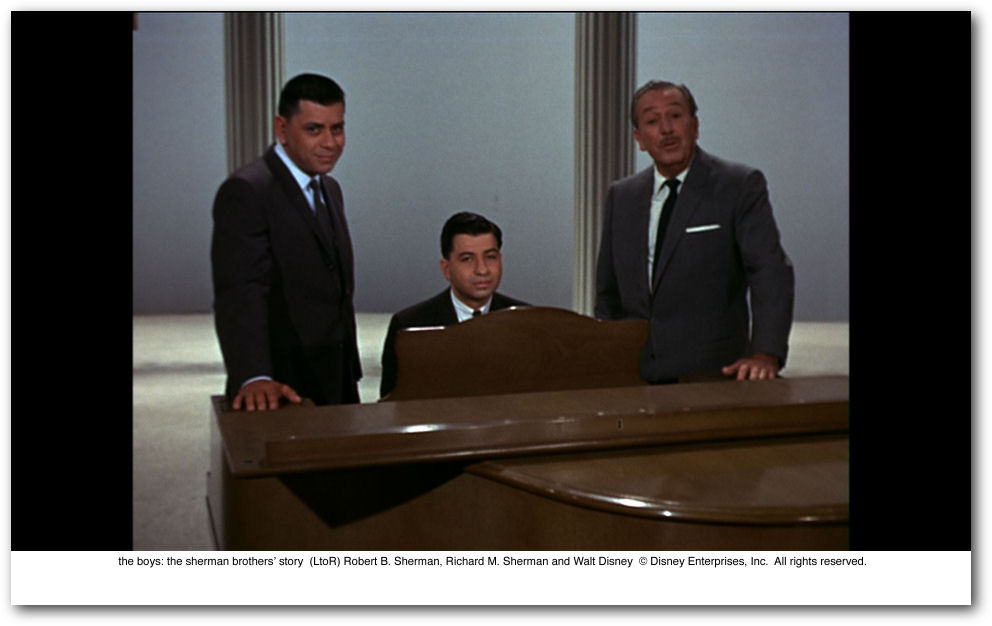 The tagline from the film: two brothers, fifty films, one thousand songs is quite accurate. If you were to present the Sherman brothers’ contributions to the film Mary Poppins or the seminal theme park attraction, It’s a Small World, you would ensure their place in history. The Boys: the Sherman Brothers’ Story covers the spectrum of their musical contributions while interweaving the story of their lives together and apart.

Conceived and created by filmmakers and cousins Gregory V. Sherman and Jeffrey C. Sherman, The Boys: the Sherman Brothers’ Story divulges a unique portrayal of their fathers, Robert and Richard Sherman. We explore the brothers’ childhoods, marriages, early careers and close personal and professional relationship with Walt Disney. As the film progresses, you meet a larger cast of characters that worked with The Boys: Julie Andrews, Dick Van Dyke, Angela Landsbury, Alan Mencken, Randy Newman, John Williams and many others. When these celebrities and musicians speak about the Shermans, you can sense the love and admiration.

The overall tone of the film is reverential without being sappy or sweet. Gregory and Jeffrey Sherman (the filmmakers) set out to share their father’s legacies and to show the world the inside story of the Sherman families. Although they were business partners, Bob and Dick shared a rocky and tumultuous sibling relationship. We meet the family members in the film and see their perspective of the famous patriarchs. Imagine, for a moment, that your grandfather helped to write It’s a Small World (After All) or that you helped inspire A Spoonful of Sugar. Bob and Dick spent a large part of their adult lives apart; the filmmakers chronicled this aspect and set about to reunite the brothers. You will need to watch the film to see the outcome.

From a geekier perspective, it was great to see three of my favorite authors in the film and in the bonus features. Jeff Kurtti and Bruce Gordon served as co-producers for the film. Jeff and Bruce also served as the editors for the book, Walt’s Time. Another author and frequent Geek-End Update blogger, Brian Sibley gets a lot of screen time, as well, as he discusses the Boys influence on the Studio productions.

Shouldn’t this be enough to get you to buy this disc: A Spoonful of Sugar; Supercalifragilisticexpialidocious; The Tiki, Tiki, Tiki Room; Winnie the Pooh; I Wan’na Be Like You; One Little Spark; and Chitty Chitty Bang Bang.

All of that and so much more!

This is a perfect addition to your Disney Geek library!

What are your thoughts on The Boys: the Sherman Brothers’ Story?

3 thoughts on “DVD Review: The Boys: The Sherman Brothers’ Story”