Michael Crawford alerted the world to a video on the Progress City Public TV Youtube channel. Much to his chagrin, the world did not stop turning…

But the Deeks of the world stood up and raised their collective fists in triumph! This four-part special celebrates the Tencennial of Walt Disney World and features a bevy of B-, C- and D-list celebrities performing strange musical numbers. The real star of the show is the ten year-old Walt Disney World, herself. I spent some time getting some screen captures to do a little Theme Parkeology. 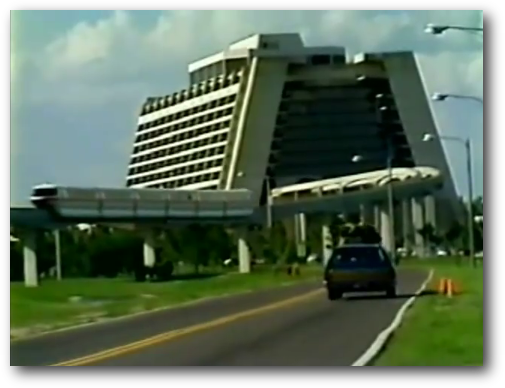 This first clip is just a nice shot of the family making their way to Contemporary. Notice the awesome traffic cones on the right. I wish the monorail was a littler clearer since it is the original Mark IV that ran from opening until 1989. 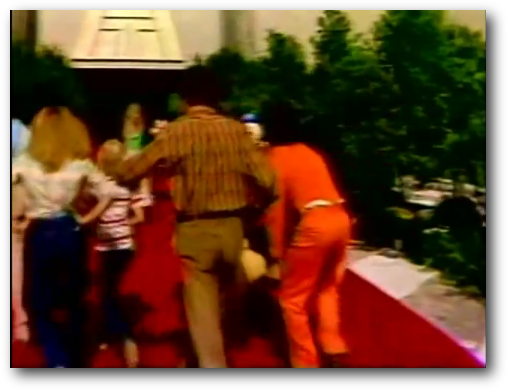 Pay attention to the use of the Contemporary logo above the door. Also, that is Michael Keaton in orange. Interestingly, Keaton was 31 when this was taped and was portraying a pre-21 year-old suitor to a 16 year-old Dana Plato. Set creepy to MAXIMUM! 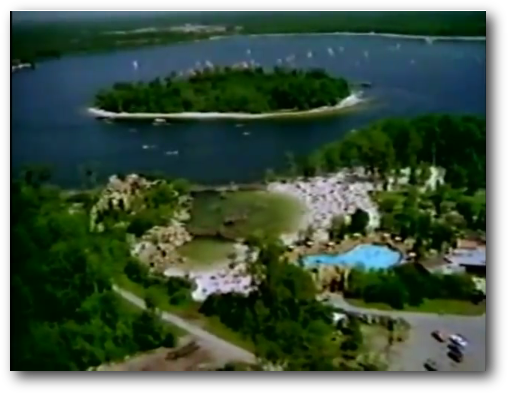 A shot of Discovery Island and River Country. Notice the cars in the parking lot and the huge number of watercraft plying the waters of Bay Lake. 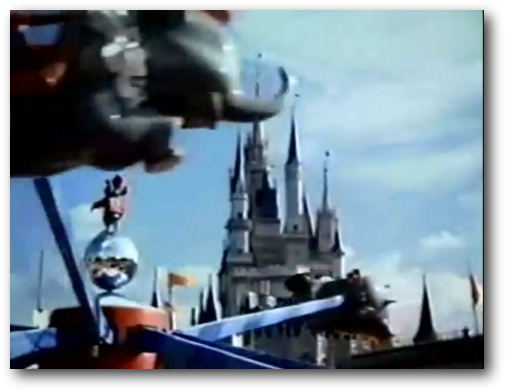 I pulled this shot because of Timothy Q. Mouse on top of the silver/mirrored globe and the blue arms holding the flying elephants. 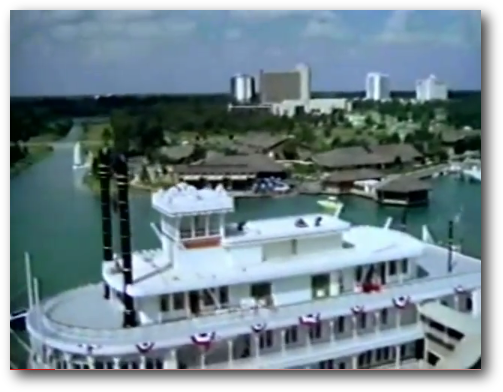 Look! A festooned Empress Lilly. Notice the gangway leading from the upper dock. Also, you get a great view of the Village in its pre-Eisner glory. Captain Jack’s is jutting out into the lagoon. Above the Lilly’s pilot house is the Village Restaurant (which would become Chef Mickey’s and ultimately, the Rainforest Cafe).

Check out Foxxfur’s great list of the restaurants and shops of the Village at Passport to Dreams.

The following two images show the large field where Splash Mountain would be someday. 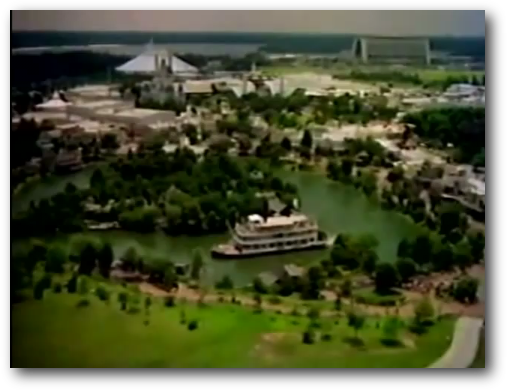 The pathway in the bottom-right leads to the original Frontierland Railroad Station. 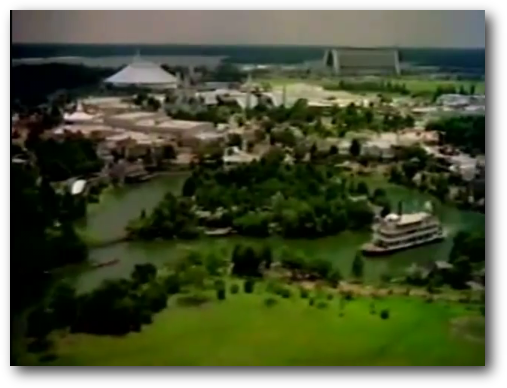 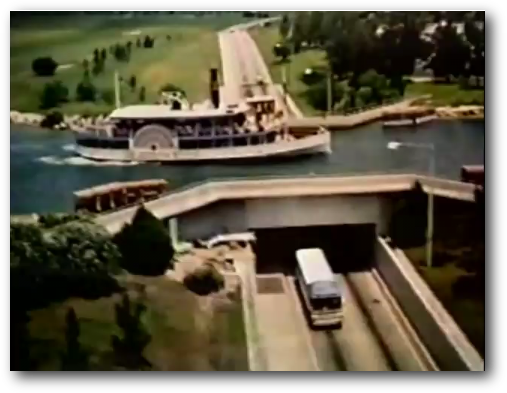 Everyone loves the water bridge! This image shows one of the older Disney buses and the Southern Seas side-wheeler. 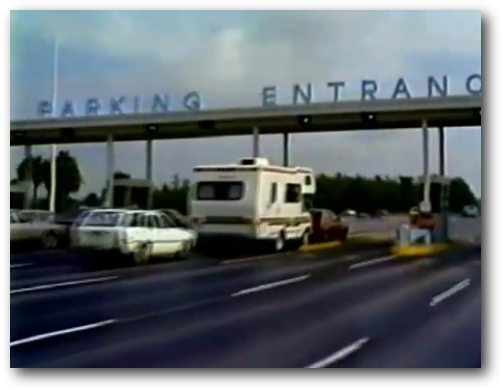 Our last shot for this post is of the Parking Entrance for the TTC. If you watch this quick segment of the videoclip you can see one of the amazing castmember outfits from the day.

Special thanks to Progress City USA, Widen Your World, Passport to Dreams and the Main Street Gazette for providing excellent background material for this post.