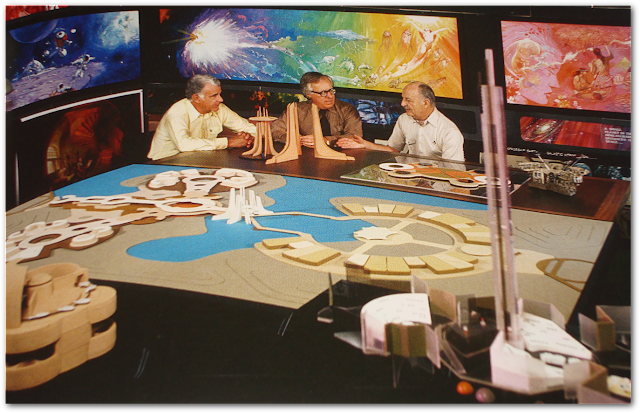 Science fiction author Ray Bradbury (shown with Imagineers Card Walker and John Hench) helped conceive the original Spaceship Earth at Epcot; he returned in 2002 for a reworking of the original attraction. p. 37.

5 thoughts on “Sneak Peak at the New Imagineering Book”