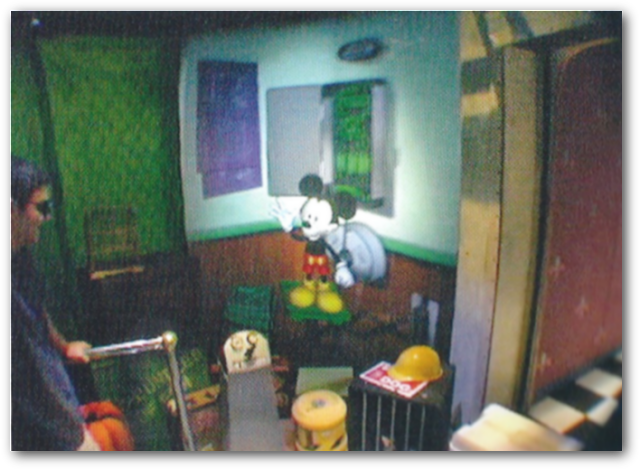 This R & D Interactive session with Mickey Mouse himself convinced Imagineers that individual encounters with characters was a rich new experience they could offer Guests. Image: Kevin Rice. p. 144.

Long before Turtle Talk with Crush, Lucky the Dinosaur and the Muppet Mobile Lab, the Imagineers hosted an open house with Mickey’s Toon Elevator. Computer screens (including one on the floor) were set up on a motion base where toons zoomed past the windows. That day, the Living Character Initiative was born.