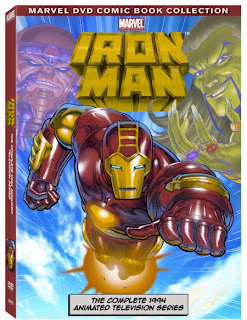 From Stan Lee comes Marvel’s complete 1994 animated television series, Iron Man. Experience every thrilling moment – from the very first episode, to the final climactic battle – in this 3-disc collector’s edition. Witness the action-packed adventure from the very beginning as billionaire inventor Tony Stark dons his invincible suit of iron to battle the villainous Mandarin and the power of his ten deadly rings.

With fellow super heroes Nick Fury, War Machine, Scarlet Witch, Spider Woman and Hawkeye at his side, Iron Man faces off against a band of evil foes, including Whiplash…and confronts his own demons, as well.

This set is perfect for the comic book collector or anyone that loves Iron Man. 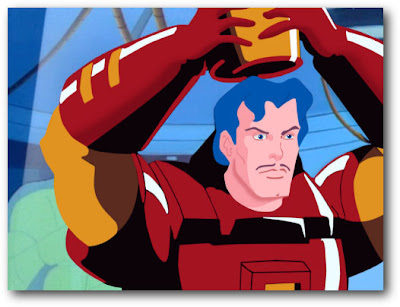 The stories are fairly typical for animation of that time period. Everything is based on the comic book canon and emulates that style. There are times when you might laugh at the costuming or plot, but the series was created 15 years ago. My six-year old gives it two thumbs up! He is a huge super hero fan and is ready for his second go-round with the set. This is a great DVD for anyone who is not quite old enough to see Iron Man 2 in the theaters, but wants to explore the super hero. 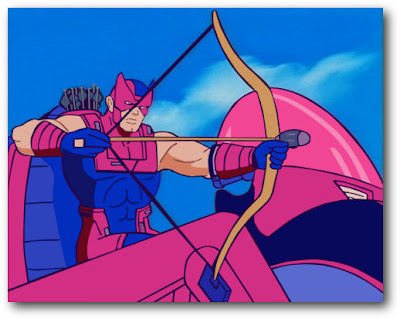