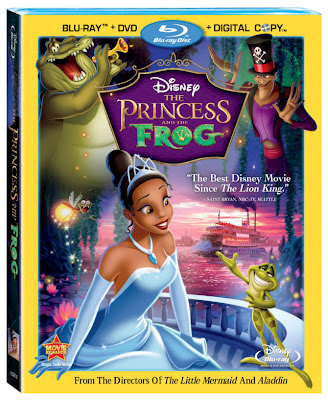 The Princess and The Frog

Heralded as Disney’s return to hand-drawn animation, The Princess and The Frog is a lush and beautiful film. Simply voiced characters, a rousing and toe-tapping soundtrack, and a modern take on a classic animated style help to differentiate this film from the most of the more recent CGI fare. This is a fun movie. This is a movie that you will be happy to add to your personal collection. As it stands, it isn’t perfect, though.

By no means is The Princess and the Frog as enchanting as The Little Mermaid or Beauty and the Beast, but it is the closest to that genre Disney has done in a while. We did see The Princess and The Frog a week after its release in a nearly empty theater. I wondered if the Princess promotion had kept a lot of families with younger boys away. After the screening, my boys weren’t too excited about the film. They raved about Raymond the firefly and Louis the alligator–more for the slapstick comedy than anything else. When I received my preview copy, it was almost a week before my kids showed any interest in watching. Whereas, with Ponyo, we have watched it three times. 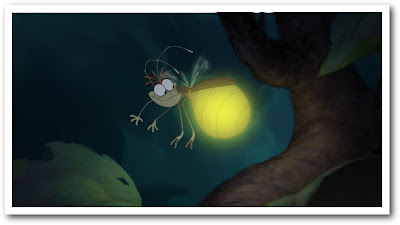 I enjoyed the film and my favorite segment was when Tiana was singing to her mother about her dreams for the restaurant. In that scene, the animation becomes very stylistic and is awash in tones of yellow and gold. It is a fantastic scene that most CGI films cannot replicate.

This is a great family movie; boys and girls will enjoy it, but I think it was still aimed at the young girl demographic. Randy Newman, who must be Disney’s court composer, adds a tremendous amount of depth to the film. As an American composer, Randy has his fingers firmly entrenched in Americana and it shows. In my opinion, the film is a fantastic return for Disney. After years of suffering in Pixar’s shadow and then acquiring Pixar, Disney needed to dust off the animator’s board and show what they can do better than anyone else. Let’s hope that they are able to build up momentum and work towards creating a 3rd age of Golden Animation. Everyone loves Pixar’s films, but they were all very guy-centric films. Not a princess in sight! Disney does Princesses well and they need to continue. We all know that Disney looks at the bottom line and they will quickly shutter the animation studios if people don’t buy this Blu-ray.

The message that Disney pushes in Princess is a modern take on the age-old Wish Upon a Star; you have to work hard to make your dreams come true. It is still a good message and helps put a modern spin on the classic fairy tales. There is a lot of concern for the portrayal of voodoo in the film. I am not sure how this is any different from the Harry Potter series, the Sword in the Stone, Cinderella, Bedknobs & Broomsticks or Mary Poppins.

This release is available as a Blu-ray/DVD/Digital Download package. As with previous releases, this is a fantastic option for families. When we had friends over this weekend, the kids were able to watch the DVD version in another room. This is a fun movie that the whole family will enjoy. It is a definite purchase–go out and buy this one instead of adding it to your Netflix queue!

3 thoughts on “Review: The Princess and The Frog”