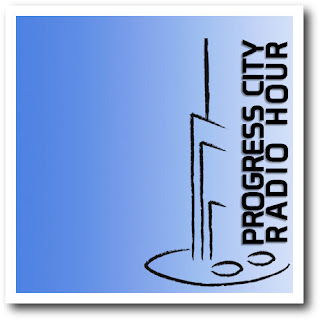 It has been a long time coming, but well worth the wait! Our good friends at Progress City, USA have finally released their first podcast, er, uh ProgCast, the Progress City Radio Hour.

Michael has been teasing us long-time readers about the possibility of a podcast with his brother, Beacon Joe. When they finally released it on Friday, February 19, the collective interwebs sighed with joy, exuberance and relief.

Well, I did, anyway.

Michael is known for his fondness for Walt Disney World of the 1970s and 1980s and many of his posts have been featured on the Geek-End Update.  As can be expected, the ProgCast is an aural treat. Beacon Joe has his own recording studio and the boys have written original songs that bumper the segments beautifully. The voices are studio-quality and my only wish was to be sitting down with them to discuss the subject instead of listening in my office. Can we request some in-depth posts to go along with the show?

Michael and Beacon Joe switch hosting responsibilities for their respective segments but work great together during their discussions. Hearing the Sherman Brothers’ Meet the World and the original SIR narration of Alien Encounter was a real treat and shows you the depth that the Brothers Progress will plumb.

One caveat is that this ProgCast is not for those Disney enthusiasts wearing rose-colored mouse ears. Michael and Jeff (Beacon Joe) love Disney and their ProgCast shows it. But they are also firm in their beliefs about what Disney has done well and not so well. They don’t mince their opinions with their content, though and that is a definite strength. When they offer their undiluted opinion, it is in a special segment.

This is the podcast that us Disney Geeks have been waiting for. There are not enough shows that truly ascend into the nirvana of Disney ephemera like the Progress City Radio Hour. (WEDWay Radio–I am also thinking of you guys). The Progress Boys offer up a fascinating 90-minute look at Disney with enough “I didn’t know that” moments to keep you wanting more; I can’t wait for episode 2.

Head over to Progress City, USA and grab your copy of the Progress City Radio Hour before they run out! You will thank me later. They are offering a special deal; if you act now, they will personally autograph each download! 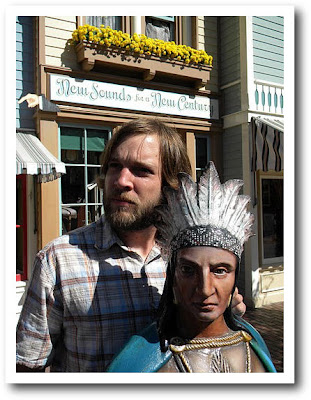 Beacon Joe and Chief Stands A Lot at Disneyland*
New Sounds for a New Century
*Image provided by Michael Crawford–completely and utterly without Jeff Crawford’s knowledge.
Don’t forget to stop by our site and leave some Disney Geek love!

One thought on “Become a Progress Citizen Today!”